Home » Lifestyle » Jason Biggs Reveals His Biggest Career Regret, and It Has Nothing to Do With the 'American Pie' Franchise

Jason Biggs Reveals His Biggest Career Regret, and It Has Nothing to Do With the 'American Pie' Franchise 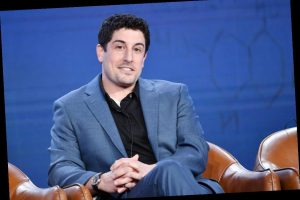 Jason Biggs might be best known for his role in the American Pie movies. Later, he became a breakout star in the Netflix Original Orange Is the New Black. Along the way, Biggs had to turn down roles. While he doesn’t seem to have a ton of regret about most of them, he admitted that turning down a role in How I Met Your Mother was something he still thinks about. In fact, during an interview, he suggested that it was his biggest career regret to date.

Biggs was offered a lead role in How I Met Your Mother. Not only would he have been part of the cast, but Biggs would have portrayed one of the show’s main characters. He explained that he was offered the role of Ted Mosby but decided to pass to continue working on movies.

Eventually, the part went to Josh Radnor, with Bob Saget lending his voice to the narration character. In the smash hit, Mosby tells his children about how he met their mother, taking them through a winding tale of his early adult years in New York City. The show was praised for its unique take on a pretty common sitcom setup.

When Biggs was offered Radnor’s role in How I Met Your Mother, he was flying high off yet another American Pie success. American Wedding had hit theaters in 2003 and was largely hailed as a box office success. The following year he appeared in Anything Else, a flick written and directed by Woody Allen.

When the script for How I Met Your Mother came across his desk, he admitted it was a good one. He liked the part, and he thought the writing was funny, he told Sirius XM host Rich Davis. Biggs turned down the role because he wasn’t ready to settle into a TV series. He preferred the idea of working on one project for a couple of months and then moving on.

Why does Jason Biggs regret turning down a part in How I Met Your Mother?

Biggs regret seems to be a bit two-fold. Sure, it stings to know How I Met Your Mother became a huge success and that he had a chance to be a part of it. Still, the Orange Is the New Black actor indicates that more is going into his regret than just the show’s success.

He told Davis that he decided he wanted to do TV shortly after he passed on the series. How I Met Your Mother, at that point, was already a hit. It would take Biggs several more years to run across a project that came close to replicating the success of How I Met Your Mother. He eventually found it with Orange Is the New Black, where he portrayed Larry Bloom.