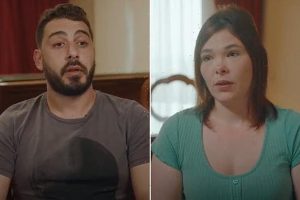 This is the tense moment a British woman confronted her Lebanese boyfriend over going out with other women on a new episode of 90 Day Fiancé UK.

Bridie, from Rotherham, was visiting boyfriend Host in his native Beirut to see if they could have a serious future together after a long-distance relationship.

But she was disappointed to learn that he continues to go out with other women but keep it secret. 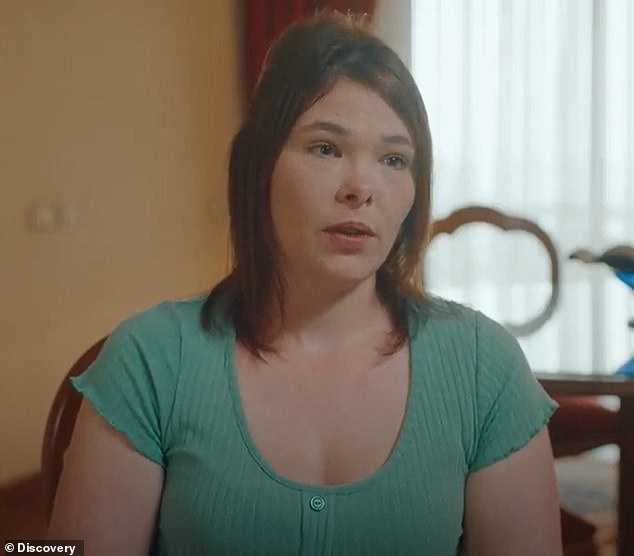 Bridie (pictured) from Yorkshire calls out her Lebanese boyfriend Host for talking to women. The mother-of-two has had a jealousy problem with her long-distance partner 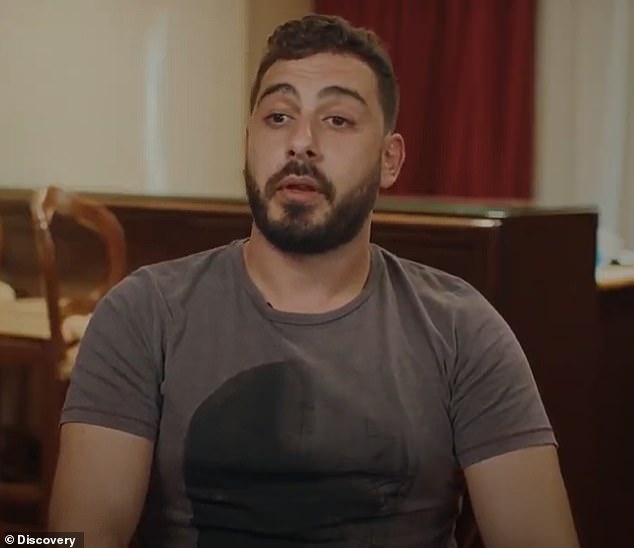 She challenged him about it in their hotel room, leading to an argument and making them late for a lunch with his family.

During one scene, Host’s uncle Wissam explained: ‘He’s a young guy, he’s active, he’s handsome. So if we have some girls with us, he talks to them.

‘When he drinks, he gets more friendly. Before he knows you, of course he used to talk to girls.’

Yet for Bridie, the thought of Host on the town with other girls sparked her jealous streak and her insecurities.

She said: ‘Lebanese women are hot, they are so beautiful. Also confirmed by Wissam, sometimes they go out with girls, which Host has not said.’

When they got back to the hotel, Bridie prepared to confront her boyfriend about what his uncle had said about him going out with other women. 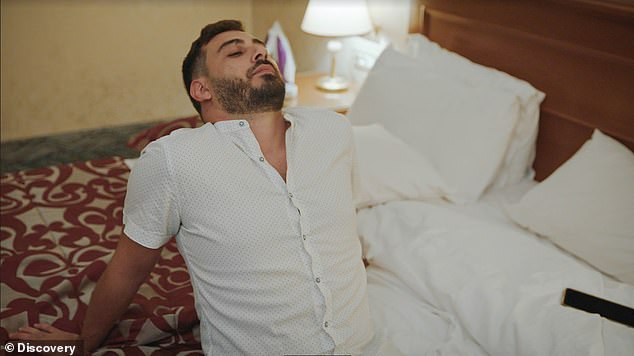 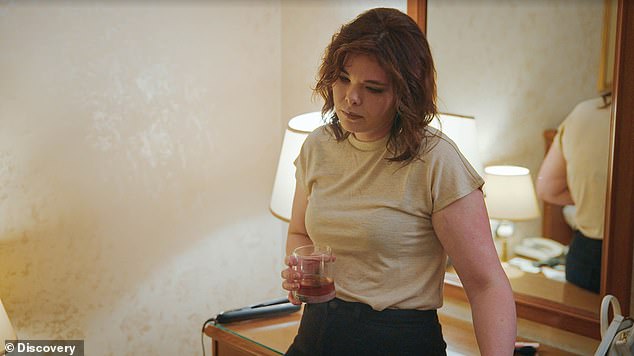 She confessed to the camera: ‘For me, what the issue would be is if he intentionally hid it from me because of my jealously or because of my hot headedness.’

So whilst ironing one of Host’s shirts, she casually brought up her conversation with Wissam.

‘He said that sometimes you do have girls going out with you guys,’ she said bluntly.

‘You didn’t tell me because you thought I was going to kick off, so you’d rather just not say who was there.’

Trying to remove himself from the firing line, Host said: ‘This is an awkward subject to bring up right now.’

As the tension rose in the room, Host struggled to hold back his feelings after being questioned about his behaviour. 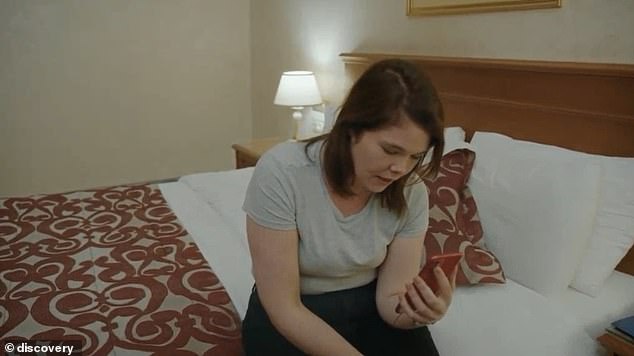 Bridie who was furious about the change in lunch plans, decided to call her children back home whilst Host was waiting in the car, getting more annoyed at them being late for his family 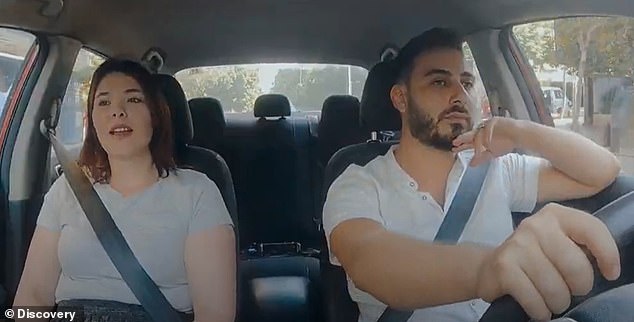 Bridie, who had just wanted to spend time with her boyfriend, got angry again when she heard Host organising a lunch for eight people

He said to his girlfriend: ‘I am disappointed at this point, I tell you everything.’

Bridie responded: ‘And I do feel that, and that’s why I thought I’d ask to I wasn’t just letting it drive me crazy inside.’

This didn’t appease Host who is aware of Bridie’s jealous side and reminds her that they have spoken on this issue multiple times.

‘I’m frustrated that we’re talking about this because we’ve tackled this jealousy issue before.’

Bridie said she just wants ‘clarity’ on what he does while she is at home in the UK. 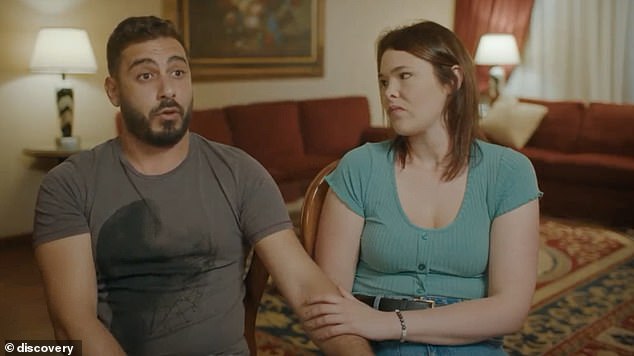 ‘I felt like I was just asking for clarity on a situation, and he’s took it like accusations or mistrust,’ she said to the cameras.

‘My jealousy with Host was a big issue for a long time, so I think me asking this question has put him like, “oh, we’ve gone back three months in progress.”‘

The pair did reconcile, but only for a moment, before Host threw another spanner in the works by inviting multiple people to lunch.

Bridie, who had just wanted to spend time with her boyfriend, got angry again when she heard Host telling the restaurant that the table was for eight people. 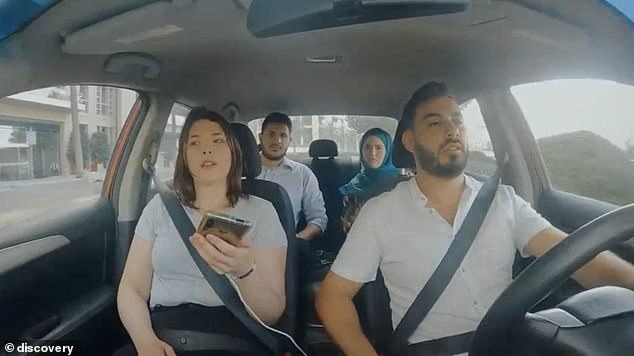 Because Bridie was so late getting in the car, Host rushed to the restaurant, driving so quickly that she was scared

Sensing the rising tension again, Host admitted to Bridie that he did change the booking behind her back.

He revealed: ‘I think Bridie is annoyed with me. I might have invited like six other people to the lunch today, and I know she is not good when there is a large group of people around.’

Hot head Bridie told Host exactly how she felt: ‘I’m not happy about going. Sometimes I think, how about running it by me?

Host told the programme that he was stuck in the middle trying to please everyone. 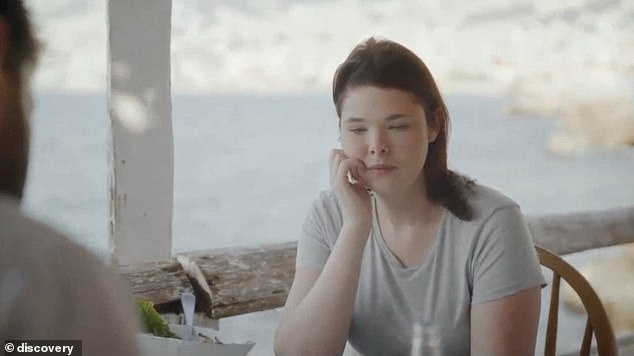 The anger between the couple was too much to disguise and they were unable to enjoy themselves. In addition, the language barrier became a problem for Bridie, who was unable to join in with the conversations

He said to Bridie: ‘It’s really hard for me to say no, I just feel it would be really rude.’

Still arguing, Host went to the car to wait for his girlfriend and let his frustration out.

He said: ‘We’re running late for lunch, and I’m pretty sure Bridie’s annoyed with me.’

Oblivious to the time, Bridie called her children back home before leaving the hotel room.

Host then rushed to the restaurant, driving so quickly that he frightened Bridie.

But when they got to the restaurant Host was furious and told Bridie that he wasn’t okay.

‘I want to have lunch with my family, I just want to be with them.’

The tension continued to build at the dinner table with Bridie admitting that she was nervous about sitting down with such a big group of people, especially many that she had never met before.

She said: ‘I’m a bit nervous about the group dynamic, these are couples who go out with each other quite often.’

The anger between the couple was too much to disguise and they were unable to enjoy themselves.

In addition, the language barrier became a problem for Bridie, who was unable to join in with the conversations.

‘They talk fast, they talk loud, it’s not the most ideal situation for me. I’m really sad; I’m going to go back to my girls.’

The brand-new series of 90 Day Fiancé UK is available to stream now exclusively on discovery+, with new episodes dropping every Sunday