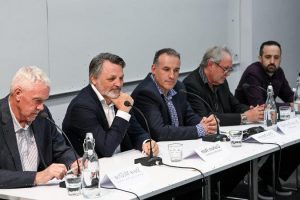 A feisty exchange on infrastructure, an examination of the power of the crossbench and plenty of advice from the audience were among the standout moments from a candidate forum in the seat of Melton.

The discussion remained mostly civil at The Age’s Melton Candidates forum on Tuesday night in front of an audience of about 70 people at the Melton library. 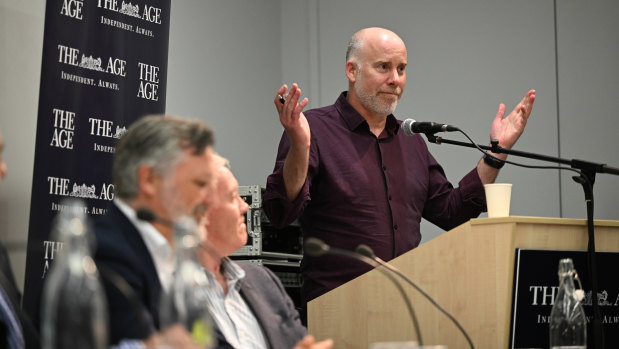 The stakes in Melton are high this election, with some pundits predicting it could be the first crack in the “red wall” of the traditionally safe Labor seats to the west of Melbourne.

The audience wasn’t shy in heckling and cheering candidates, especially when points were made about Melton’s lagging infrastructure.

The City of Melton is tipped to be the size of Canberra by 2050 due to massive greenfield developments, but roads, public transport and schools are already showing the strain.

One of the biggest issues for the electorate is a long-awaited hospital. Labor has committed to start building a 274-bed hospital in 2024, to be complete by 2029. But there is furious debate in Melton over how adequate the plan is, with several challengers arguing for a much larger facility.

There were groans when sitting Labor MP Steve McGhie defended his government’s record, citing examples of hospital upgrades in other parts of Melbourne being promised as proof that the forthcoming Melton Hospital could be expanded in the future.

“They already had existing hospitals, and they’ve added on because there’s a need to add on, and that’s what will happen in Melton into the future,” he said.

One audience member shouted in response: “We don’t even have one to start with”.

McGhie also defended the timing of a recent announcement on extended platforms for stations along the Ballarat V/Line line to allow longer trains to transport passengers between Melton and the city.

“[On] the issue of longer trains, longer platforms … we didn’t need them previously,” McGhie said, to which the room erupted.

“We did!” yelled a woman in the audience. 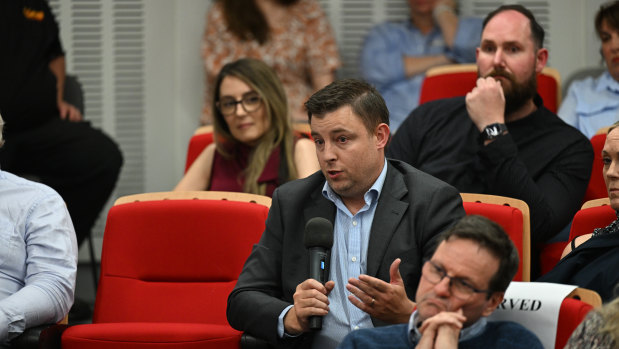 At this point, Freedom Party Candidate Tony Dobran chimed in.

“And if we end [vaccine] mandates, we get all those nurses who are out of work back into work and get it up and running,” he said prompting hoots and claps from the audience.

How influential can an independent be?

At the 2018 election, nearly 40 per cent of all voters in Melton put their primary vote with an independent. Until this week, local brain scientist Dr Ian Birchall was the only declared independent vying for the seat before local snake catcher Jarrod Bingham threw his hat in the ring on Monday.

In the event of a minority government, an independent Melton MP would be able to push their district’s interests in exchange for votes on government bills in parliament.

Conversely, Birchall and Bingham were probed on how much they could offer if there was a majority government elected.

“Look what’s happened [already] when they’ve been scared [that] they’ve almost lost their seat? Billions of dollars worth of promises,” quipped Bingham, who garnered 6.8 per cent of the vote in 2018 in a crowded field of independents. 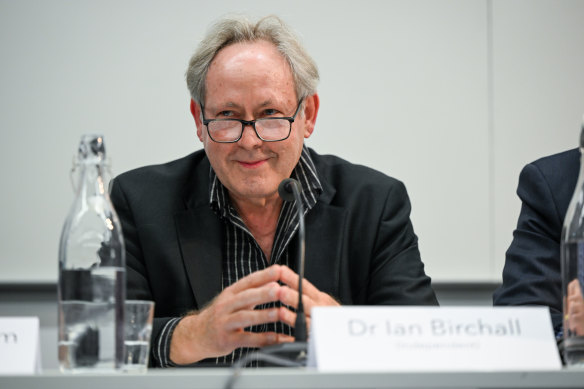 Independent candidate Dr Ian Birchall, who came within 700 votes of winning the seat in 2018 after preferences.Credit:Joe Armao

“If I was sitting there making my maiden speech, [that would] send shockwaves to the fact that it doesn’t matter how safe you may think you are, if you’re neglecting your area, well hey, a local snake catcher could just pop up in two weeks [from election day] and take your seat right off you.”

Birchall said there could be a “western alliance” with MPs from Werribee and Point Cook if a number of independents got up in other western suburban electorates.

“By having that sort of power, we should be able to influence what’s happening with supply,” he said.

In the event of a majority government, Birchall also said he could have influence by becoming a member of different parliamentary committees.

“With my background, I daresay I could get into scientific and medical committees there, and I could work with people in the upper house to screen the legislation and make sure we’re getting a better deal out here in the west.”

Euthanasia and religion in the Liberal Party

In Melton, the local campaign has been dominated by talk and promises of infrastructure, but the debate on Tuesday veered into some left-field territory, including reports about the growing influence of religious factions in the Liberal Party.

“No, we’ve not been infiltrated by anyone other than people who just want to make good for the state,” said Liberal candidate Watt, a former MP for Burwood and conservative Christian.

“I think it’s not, it’s not a secret that I actually voted against euthanasia, it’s a conscience issue,” he said.

In a week dominated by news about a draft IBAC report involving Premier Daniel Andrews, all Melton candidates either advocated for or were open to more powers for the anti-corruption body.

But on a panel that included three candidates with no experience in state politics, some responses were more outlandish than others.

“You know, these politicians are very lucky we’re not actually in the 15th century because the punishment for corrupt politicians was public hanging,” joked independent candidate Bingham, after decrying a lack of powers for the Independent Broad-based Anti-corruption Commission (IBAC).

Other candidates were quick to distance themselves from that suggestion, saying they did not endorse that approach.

The quip has a particular, and more serious, resonance in Victoria after “freedom” protesters produced makeshift gallows outside state parliament last year.

Freedom Party Candidate Dobran, who denies he is a Sovereign Citizen conspiracy theorist but says he is “self-taught” in constitutional law, claimed (without substance) that Victoria’s courts were “compromised”.

Labor’s McGhie took on a remark made by independent candidate Birchall that “the government seems to have the power to sit on [IBAC] reports”.

“I was the chair of the integrity and oversight committee for after the first six months of this term and I was the chair for about 18 months and I’ve got to say … it doesn’t quite work the way that you’ve portrayed it.

McGhie said the four integrity agencies in Victoria had increased funding every year but that “doesn’t mean to say it shouldn’t be reviewed”.

McGhie also said he would defer to the opinion of IBAC commissioner Robert Redlich that there was no need for more public hearings.

“I take it from him,” said McGhie.“[But] if there’s a counter-argument to that, then that can be put.”

Liberal party candidate Watt added IBAC needed to be well-funded and “able to do their job without interference and without pressure”.

“[Also] my personal view is that journalists should be able to do their job as well without fear from persecution or pressure from politicians to stop them,” he added.

This story is part of our in-depth local coverage of the key seats of Melton, Hawthorn and Richmond at the November state election. The Morning Edition newsletter is our guide to the day’s most important and interesting stories, analysis and insights. Sign up here.