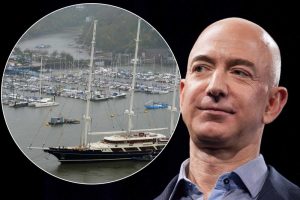 Jeff Bezos, Lauren Sanchez threw her brother ‘under the bus,’ he claims

He’s sailing into the sunset.

Spies in Greece told us that Bezos, 57, was staying aboard Diller’s $200 million sailing yacht, Eos, along with Diller’s wife, designer Diane von Furstenberg.

Another source told us that Bezos’ girlfriend, Lauren Sanchez, was also traveling with him, as were his brother and sister, Mark and Christina. (Mark is also scheduled to travel this month with Jeff into space on the billionaire’s Blue Origin New Shepard spacecraft.)

Greek reports said Diller and his guests, including Bezos, stopped on Sunday on the island of Antiparos to dine with Hollywood stars Tom Hanks and Rita Wilson, as well as CNN’s Anderson Cooper and the prime minister of Greece, Kyriakos Mitsotakis, and his wife.

The group from Diller’s yacht was also seen on Saturday dining in Sifnos, local reports said. Diller’s boat is known as the world’s largest private sailing vessel at 305 feet.

On Monday, Bezos stepped down as Amazon CEO. On Wednesday, his net worth reportedly surged to $211 billion, making him the richest person ever. 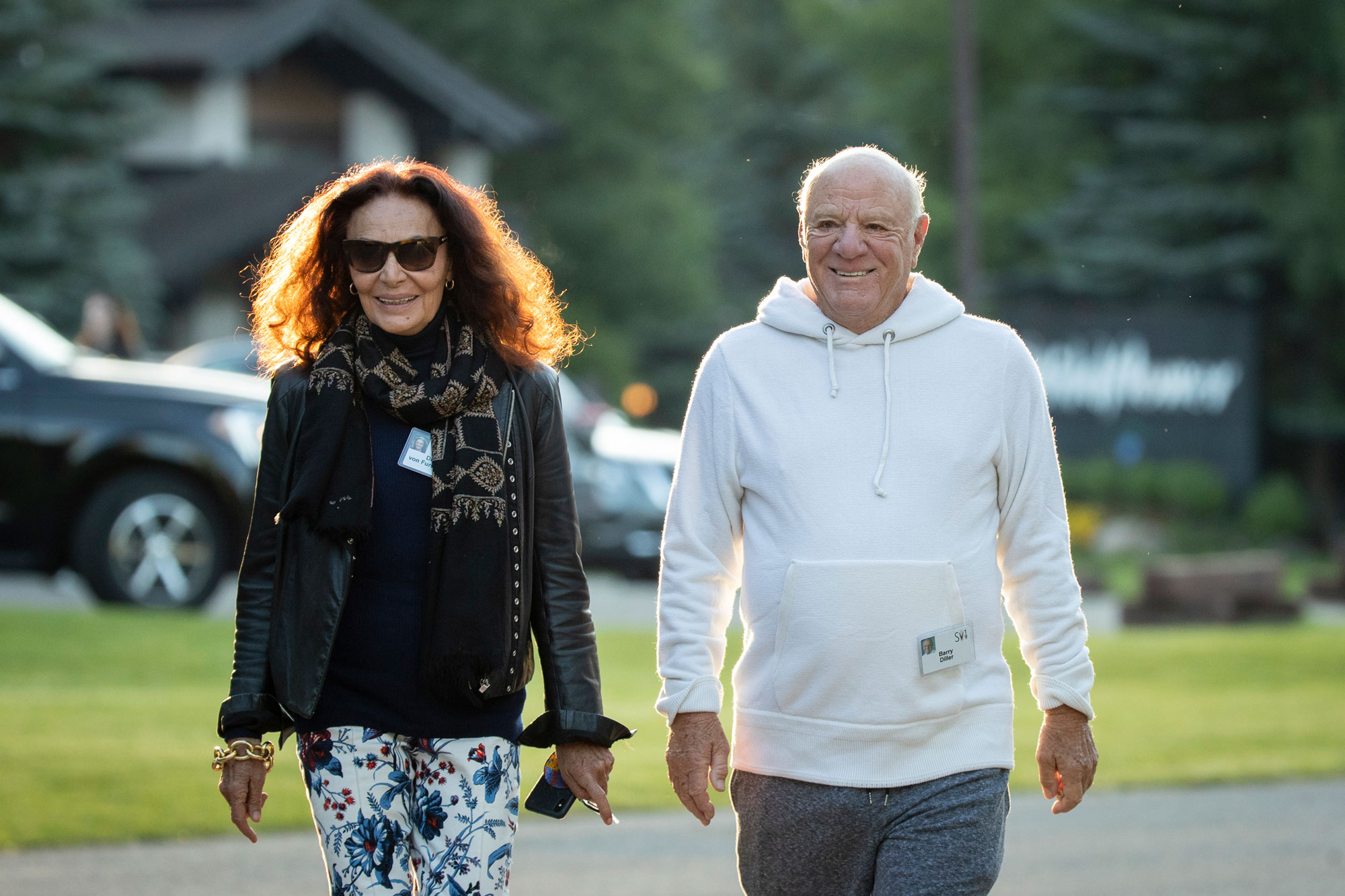 A source in Greece told Page Six that Diller and Bezos were leaving the country on Monday to head to the Sun Valley conference. Allen & Co.’s annual “summer camp for billionaires” is returning this week after a COVID-induced hiatus in 2020.

The Post reported that Diller is expected at the conference and that Bezos has also RSVP’d “yes” and is expected to bring new Amazon CEO Andy Jassy, who officially took the helm of the company this week.

Amazon announced earlier this year that Bezos would step down as CEO to assume the role of executive chairman of the e-commerce giant’s board. Reports have said that he’ll dedicate more time toward initiatives such as the Bezos Earth Fund, his Blue Origin spaceship company, The Washington Post, and the Amazon Day 1 Fund.