When celebrities hang out in the Bustle office, we want to give them the chance to leave their mark. Literally. So we hand them a pen, a piece of paper, a few questions, and ask them to get creative. The rest is up to them. This time, former Gossip Girl scene-stealer and current Orville star Jessica Szohr is leaving her mark in the Bustle Booth.

It’s been about seven years since Gossip Girl ended, and the impact of the show is still being felt. Perhaps nobody is more aware of that fact than Jessica Szohr, who starred as Vanessa Abrams in the high school dramedy throughout its six-season run. Since GG wrapped in 2012, Szohr has starred on Shameless and is currently starring in Fox’s space-set dramedy, The Orville. But even after moving on to join new casts, Szohr still has her own theory about where Vanessa is now, and it sounds pretty accurate.

"I feel like [Vanessa] probably did come back from Barcelona and traveling — doing work and documentaries — and I feel like she’s definitely still in that space, but probably back in New York," Szohr tells Bustle while visiting our New York City offices.

That situation seems very likely, but the question of whether or not Vanessa rekindled her on-again-off again romances with Dan (Penn Badgley) or Nate (Chace Crawford) still stumps the actor. "I don’t know, she could be pregnant with four kids. [Or] She could be married to one of them," Szohr says. (Though considering the fact that Dan is, as far as we know, married to Serena, it’s likely that if Vanessa were to get back together with anyone, it would be Nate.) 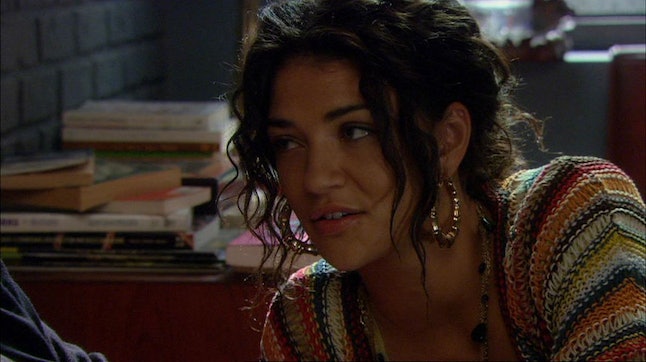 Perhaps a reboot of Gossip Girl could answer the question for her, but Szohr feels that any revival is pretty unnecessary right now. "It never really went away," the 33-year-old says, referring to how Netflix allows future generations to soak in the show’s adolescent soap opera glory. "I… have a sister that’s 16 and in high school," she continues. "So I remember when a couple of years ago, when she [wasn’t] in high school yet, I was like, ‘It’s so funny that her friends won’t experience Gossip Girl the way my other siblings did.’ And then I was wrong."

Szohr, herself, still has connections with her Gossip Girl family. "Chace [Crawford] and I stayed friends throughout the years, so we see each other often," she says. And Crawford isn’t the only one Szohr has seen since wrapping the show in 2012. The actor recently ran into Leighton Meester on the set of The Orville. Meester, who played Blair Waldorf on GG, will guest star on the sitcom in an episode set to air on March 2. "That was fun to be working with her again," says Szohr. 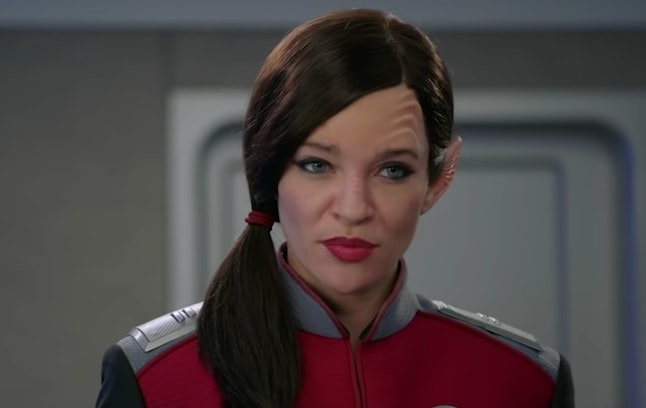 Seeing as how The Orville takes place on an intergalactic spaceship, watching Meester and Szohr on-screen together won’t exactly feel like you’re watching Gossip Girl. But the actor does admit that the sci-fi show’s Chief of Security Talla Keyali has a pretty similar vibe as her Gossip Girl character. "Vanessa kind of spoke her mind and also had a big heart [like Talla]," Szohr says.

That same description could easily be applied to the star herself. In fact, filling out the Bustle Booth, Szohr says she wants to be known as "a caring — real woman." Though, you’ll have to read on if you want to know if her coffee order is the same as Vanessa’s. Check out Szohr’s answers to our Bustle Booth questionnaire, below.