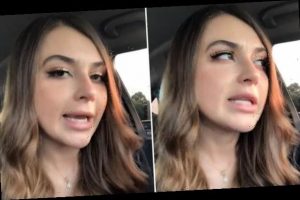 A jewelry store employee has revealed how she slyly exposed a cheating husband who came into her store to pick out anniversary gifts for both his wife and his girlfriend.

Zoe Roe, who has more than 308,000 TikTok followers, shared the story in a now-viral video, explaining how she ‘accidentally’ mixed up the bags to ensure his wife would be opening his mistress’ gift and vice versa.

‘So I work at a jewelry store and today a man came in looking for a gift for his wife for their 10-year anniversary,’ she said at the start of the clip, which has been viewed more than 7.3 million times. 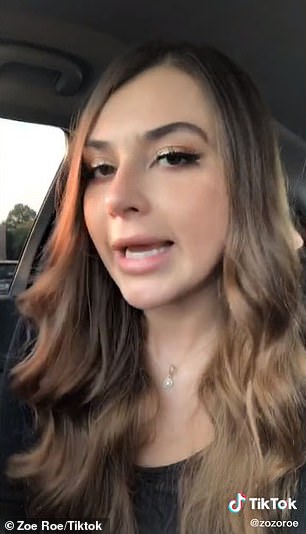 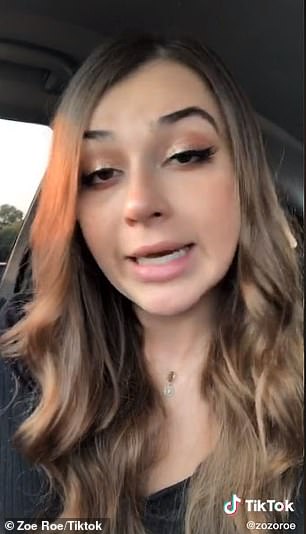 Say what? Zoe Roe detailed in a TikTok video how she cleverly exposed a cheating husband who bought gifts for his wife and girlfriend at the jewelry store where she works

‘He ended up picking out a piece that said “My beautiful wife” and I said, “Anything else for you today?” and he said, “No that’s it for her, but I do wanna make another purchase using a separate credit card and could you possibly create a different account for me?”‘ she recalled.

Zoe said she helped him pick out a gift for his girlfriend as well as something that marked their one-year anniversary.

‘I put pretty bows on them. I handed them to him, saying “They’re gonna love it. Have a nice day!” and he said, “Thank you.”‘

Everything would likely have worked out for the philandering husband, except Zoe ‘accidentally’ mislabeled his wife and girlfriend’s bags.

‘S**,’ I just remembered that his wife’s name is Laura and his girlfriend’s name is Kristin,’ she said, smirking. ‘I must have mixed up the bags. Oops.’

More than 20,000 people have commented on the viral clip, sparking a debate about whether or not she was in the wrong for exposing the cheating husband.

‘Everyone who says “it’s not ur place” are the ones who stand by and let their friends get cheated on because they get along with both sides…,’ one TikTok user wrote. 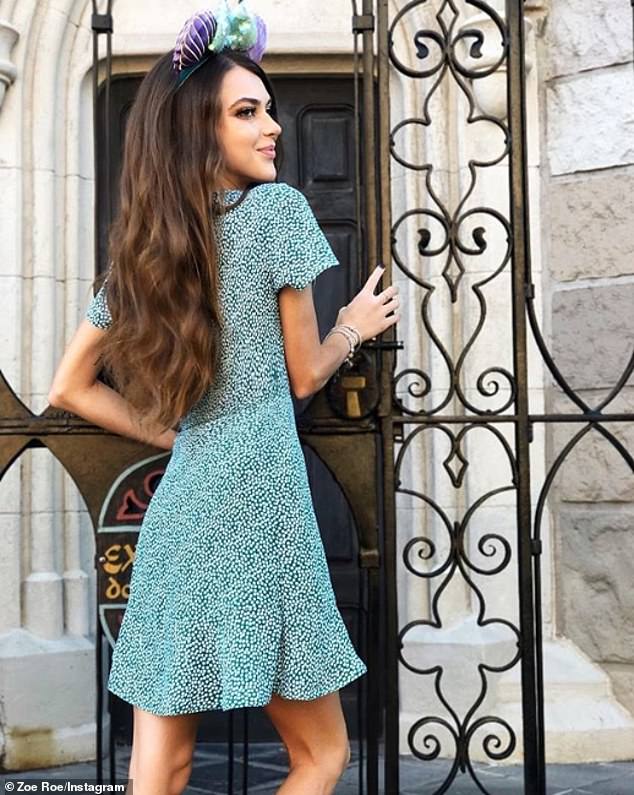 Going viral: Zoe’s video had been viewed more than 1.8 million times, sparking a debate about whether or not she was in the wrong for exposing the man

All for it: Many fans praised her for what she did, while others were dying for a follow up about what happened with the husband

‘Bless your soul for that!!!’ another gushed.

Some insisted they could have been in a polyamorous relationship, but other commenters shut down that theory.

‘Some of y’all have no concept of how a healthy Poly/open relationship works and it shows. The man was cheating or he wouldn’t have been so secretive,’ one person pointed out.

People were desperate to hear more about what happened with Laura and Kristen, insisting Zoe had to film a part two if the husband came back into the store.

A few viewers also wanted to know what she is going to say if her boss sees her viral TikTok.

Zoe replied with a follow-clip that shows her lip-syncing, saying: ‘Everybody makes mistakes.’

END_OF_DOCUMENT_TOKEN_TO_BE_REPLACED

END_OF_DOCUMENT_TOKEN_TO_BE_REPLACED
We and our partners use cookies on this site to improve our service, perform analytics, personalize advertising, measure advertising performance, and remember website preferences.Ok