Jill Biden Doesn’t Appear to Be Making Any Changes to Melania Trump’s Rose Garden, Despite Complaints 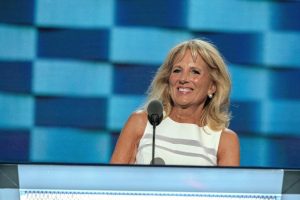 It’s no secret that Melania Trump was often criticized for a few of the decorating and renovation decisions she implemented during her time as the first lady. And while most of the time these complaints simply resulted in viral tweets, there was one change she made to the White House that people still haven’t quite forgotten: the Rose Garden. Back in 2020, the former first lady made substantial changes to the beloved Rose Garden, including replanting Jackie Kennedy’s infamous crab apple trees  — and it caused quite a frenzy online. 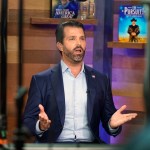 
Donald Trump Jr. May Have Lied Under Oath About How Well He Knows This Melania Trump Friend

Now, many are wanting First Lady Jill Biden to restore the garden to its former glory, so much so that people have created a petition online that currently has amassed more than 70,000 signatures. Despite the controversial topic gaining traction in the last week, Dr. Biden’s latest Instagram post signals that she won’t be making changed any time soon to Melania Trump’s rose garden.

“Spring is here at the @whitehouse!” Mrs. Biden wrote on Instagram alongside a picture of the Rose Garden that can be seen filled with white, yellow, and pink flowers. While the garden does indeed look beautiful, there is a noticeable contrast to bold tulips and flowers that used to be in its place.

In the comments, many users shared a similar message, with one comment reading: “It’s just not the same 😢 please restore!! 🌸🌸🌸🌸.”

Of course, whether or not Dr. Biden does choose to remodel the Rose Garden is unknown, though we’d be willing to bet that she would, indeed, make at least a few changes in the year to come. Either way, it totally makes sense why the first lady would choose to ignore the controversy altogether. It’s also entirely possible that this was Mrs. Biden’s way of acknowledging the many requests being sent her way, and she’s subtly attempting to calm the masses.

In the end, making any changes to the White House Rose Garden would be largely seen as a pointed attack towards the former first lady, and that might just be another political fight Dr. Biden would like to avoid altogether. Especially when there are so many more important issues the administration should focus on.