HONG KONG — Jin Yong, a literary giant of the Chinese-speaking world whose fantastical epic novels inspired countless film, television and video game adaptations and were read by generations of ethnic Chinese, died on Tuesday in Hong Kong. He was 94.

His death, at the Hong Kong Sanatorium and Hospital, was confirmed by Ming Pao, the prominent Hong Kong newspaper that Jin Yong helped establish and ran for decades. Chip Tsao, a writer and friend, said the cause of death was organ failure.

Jin Yong, the pen name of Louis Cha, was one of the most widely read 20th-century writers in the Chinese language. The panoramic breadth and depth of the fictional universes he created have been compared to J. R. R. Tolkien’s “The Lord of the Rings” and have been studied as a topic known as “Jinology.”

Jin Yong received his start as a novelist in the mid-1950s while working as a film critic and editor for The New Evening Post in Hong Kong, which was then a British crown colony. He had moved there in 1948 and lived there for most of his life.

From 1955 to 1972, Jin Yong wrote 14 novels and novellas and one short story in the popular genre known as wuxia, which consisted mainly of swashbuckling martial arts adventures.

His first wuxia novel, “The Book and the Sword” (1955), drew its inspiration from a legend that held that the Manchu emperor Qianlong was in fact a Han Chinese who had been switched at birth. The novel was serialized in The New Evening Post and became an instant hit.

By the time he began writing, the Chinese Communist Party had banned wuxia literature, calling it “decadent” and “feudal.” The ban reflected a centuries-old view of wuxia as a marginal genre within the Chinese literary tradition.

But in Hong Kong and other parts of the Chinese diaspora, Jin Yong’s novels helped spearhead a new wave of martial arts fiction in the 1950s and ‘60s. 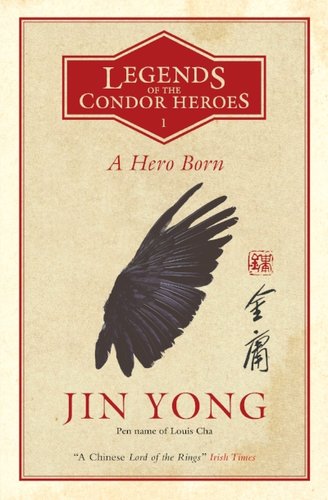 Jin Yong elevated what had been a rather formulaic genre by blending in poetry, history and fantasy to create hundreds of vivid characters who travel through a mirror underworld that operates according to its own laws and code of ethics.

In tales of love, chivalry, friendship and filial piety, his characters are flawed, with complex emotional histories, making them all the more appealing.

“Writing about heroes was very easy,” Jin Yong said in a 2012 interview. “But as I got older I learned that these big heroes actually had another, more contemptible side to them, a side that was not shown to others.”

Translated into many languages, his books have sold tens of millions of copies, fueling a sprawling industry of film, television and video game adaptations.

Jin Yong used martial arts fiction as a vehicle to talk about Chinese history and traditional culture, forging his own fictional vernacular that drew heavily on classical expressions. His stories were often set at pivotal moments in Chinese history, like the rise and fall of dynasties. They made reference to Confucian, Buddhist and Taoist ideas, and positioned martial arts as an integral part of Chinese culture, alongside traditional Chinese medicine, acupuncture and calligraphy.

Jin Yong took a “marginal, even disreputable, form of popular fiction and made it both a vehicle for serious literary expression and something that appealed to Chinese readers around the globe,” John Christopher Hamm, an associate professor of Asian languages and literature at the University of Washington, said in a telephone interview.

Following the early success of his novels, Jin Yong established his own newspaper, Ming Pao Daily News, in Hong Kong in 1959. Soon he was publishing installments of his novels while writing daily social commentaries about the horrors of Mao Zedong’s China.

It was a subject he was intimately familiar with: In 1951, his father had been labeled a “class enemy” and was executed by the Communists.

In 1981, as China was beginning to open up economically and politically, Jin Yong traveled to Beijing to meet with Deng Xiaoping, Mao’s successor. Deng confessed that he was an avid fan of Jin Yong’s books.

Not long afterward, China lifted its ban on Jin Yong’s novels. At the time, many young Chinese were eager to read something other than the socialist propaganda they had become accustomed to under Mao.

“Reading his novels opened our vision,” Liu Jianmei, a professor of contemporary Chinese literature at the Hong Kong University of Science and Technology, said in a telephone interview. “His way of thinking was so different from what was being cultivated in mainland China at the time. He helped us think beyond right and wrong, good and bad.”

In 1985, Jin Yong was appointed to a political committee charged with drafting Hong Kong’s Basic Law, the mini-constitution that would govern that semiautonomous city once Britain handed it over, ending colonial rule. He drew criticism for backing a conservative proposal to select the city’s leader without universal suffrage.

Jin Yong’s initial optimism about China’s political opening was dashed by the government’s bloody crackdown on the student-led democracy movement in Tiananmen Square in 1989.

He resigned from the committee in protest. In a tearful interview, he said, “Students’ peaceful petitions should never be suppressed by military force.”

Cha Leung-yung was born the second of seven children on March 10, 1924, in Haining, in the central coastal province of Zhejiang. His father, Zha Shuqing, was an educated landlord. His mother, Xu Lu, was from a wealthy business family.

Jin Yong graduated from Soochow University’s law school in 1948. By then he had begun working as a journalist and translator for the newspaper Ta Kung Pao in Shanghai. In 1948 he moved with the newspaper to Hong Kong, which would become his home for the next seven decades.

He retired from writing novels in 1972. He stepped down as chairman of the Ming Pao Enterprise Corporation in 1993.

Jin Yong is survived by his third wife, Lam Lok Yi, and his children from his second marriage: a son, Andrew, and two daughters, Grace and Edna.

This year, the first installment of Jin Yong’s popular trilogy, “Legends of the Condor Heroes,” was translated into English, by Anna Holmwood.

Among readers of original Chinese versions, Jin Yong had no shortage of prominent fans. They include Jack Ma, the chairman of Alibaba, who at one point gave employees nicknames drawn from characters in the novels.