JK Rowling reveals how Harry Potter came to the stage

Australians will be treated to the eighth instalment of the Harry Potter franchise at Melbourne's Princess Theatre in just a few weeks when Harry Potter and the Cursed Child kicks off its local run.

But despite enormous hype around the play, J.K. Rowling has admitted she never wanted her beloved children's books to be transformed for the stage – so much so that she resisted for almost a decade. 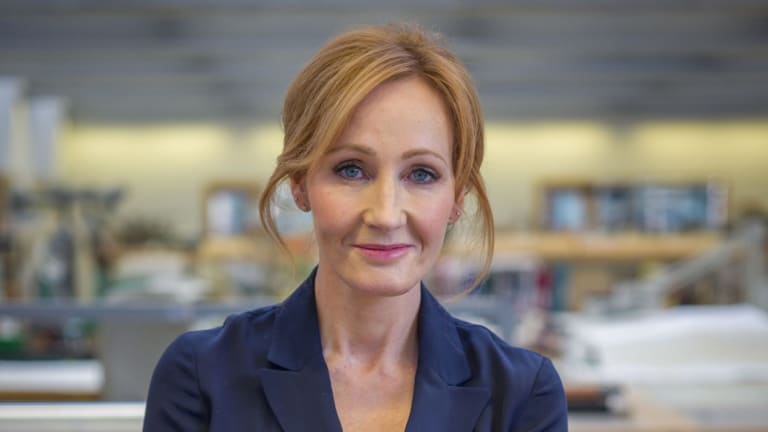 JK Rowling admits she doesn’t like musicals, but is very happy with the stage adaptation of Harry Potter.Credit:BBC/Tom Hayward

Rowling, who is the world's richest author despite giving a sizeable chunk of her fortune to charity and other causes, also revealed that the stakes were "really high" when she did decide to proceed with the stage adaptation.

"Just to be totally real about it, we knew people would be waiting for us to fail," Rowling said. "Was this a cynical exercise? This [series] had been so popular, how could a play possibly match up to the phenomenon that Potter became? It was scary being at the heart of that.

"[But] there's something about live theatre that you cannot replicate in any other artform. The audience were unbelievable. There were a thousand people – or however many we had – who were completely fixated on the ritual that was happening in front of them. Something huge and emtotional to all of them, me included.

"We were all united in this experience. It was remarkable."

The Australian version of Harry Potter and the Cursed Child is set to star Underbelly's Gyton Grantley as Ron Weasley, All Saints actress Paula Arundell as Hermione Granger and New Zealand actor Gareth Reeves as Harry Potter. It will open at Melbourne's Princess Theatre in January.