Viewers were left baffled after esteemed actress Joanna Lumley was chosen as the host for an ITV special celebrating 20 years of the Black Eyed Peas.

The Absolutely Fabulous star was on hand to chat to the trio will.i.am, apl.de.ap and Taboo about their lengthy music career in an hour-long programme that aired last night.

The 72-year-old’s appearance left viewers scratching their heads, with many questioning how she came on board and others branding it ‘the weirdest thing of the year’. 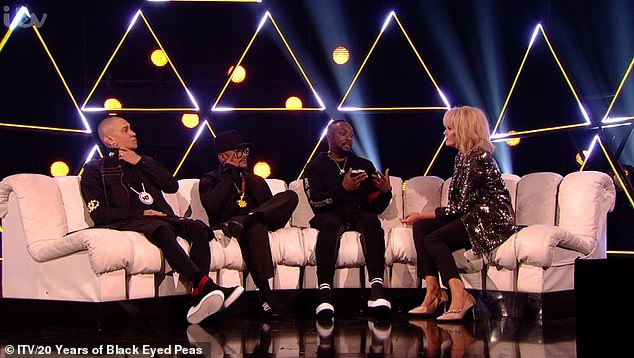 The Black Eyed Peas, who are now a rap trio with will.i.am, apl.de.ap and Taboo, were in conversation with Joanna Lumley for an ITV retrospective of their 20-year musical journey 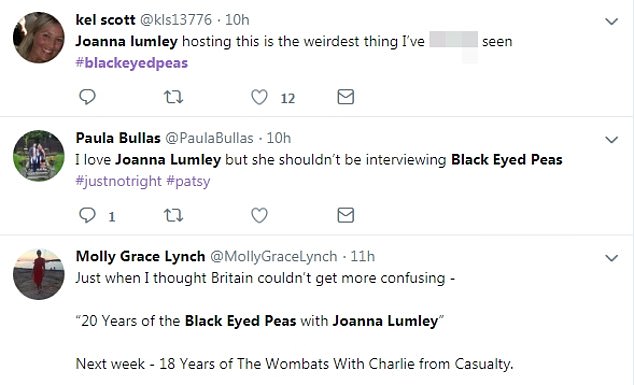 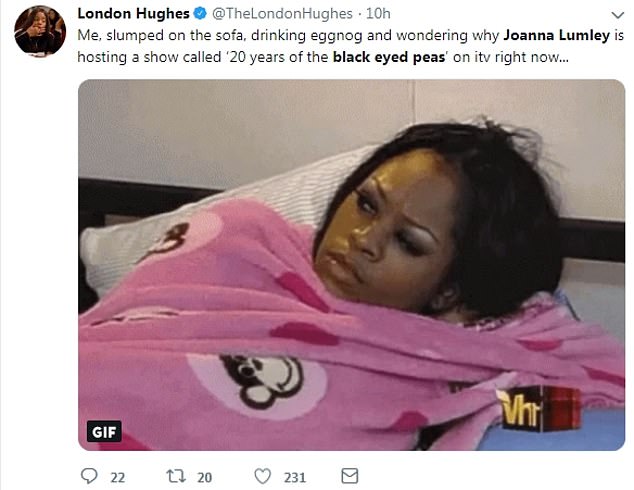 Many of those tuning in weren’t able to focus on the band’s story, instead questioning the unlikely pairing of the Peas and Ab Fab star Joanna

Those tuning in were unable to focus on the story of the band’s musical journey.

Instead they were concerned with the host, with one writing: ‘Of course Joanna Lumley is hosting a celebration of the Black Eyed Peas after everything that’s gone on this year, this isn’t the weirdest thing of the year. But, it’s bloody well up there in the top 5!’

‘Don’t no if Joanna Lumley is presenting a night with the Black Eyed Peas or Iv had a Head Knock then had 12 Stella’s on the party bus[sic],’ said one.

‘ITV are celebrating 20 years of the Black Eyed Peas. The show is hosted by Joanna Lumley. Absolutely none of this makes any sense,’ added another.

‘Why on earth is Joanna Lumley presenting this?’ asked an equally baffled viewer. 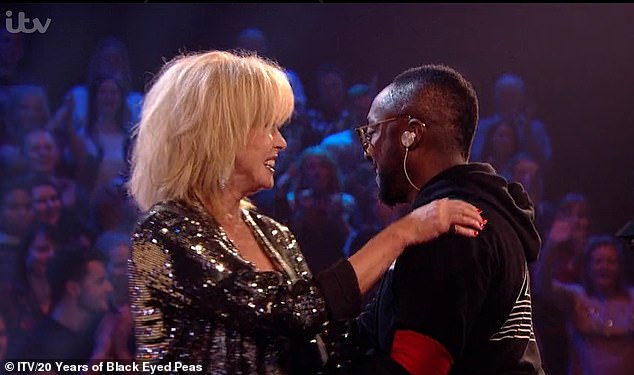 Joanna greeted her pal will.i.am after they performed their opening number on the music special. The pair had first met in 2014 when they filmed a documentary together 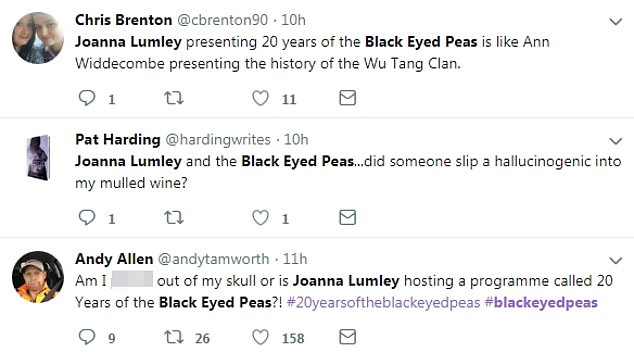 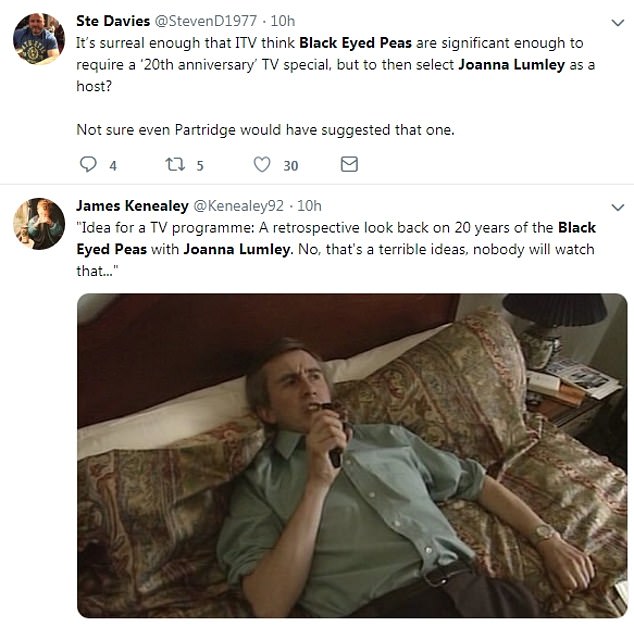 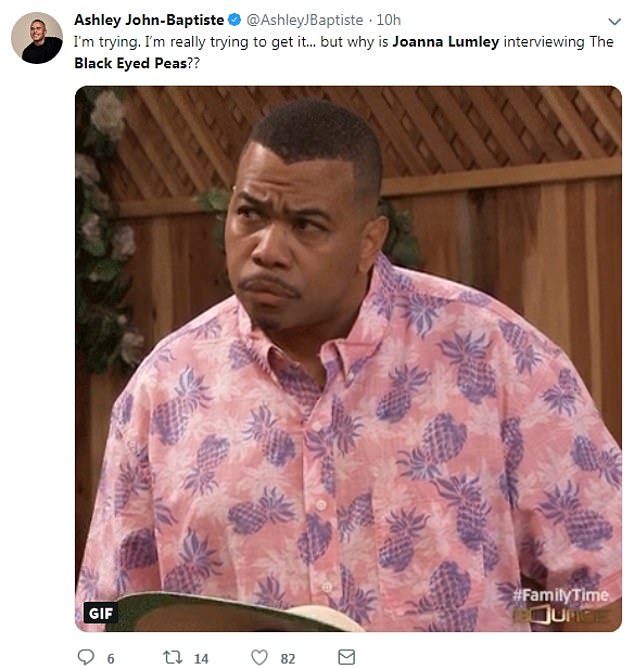 While she admitted she hasn’t kept in regular contact with the rapper, Will said recently on Good Morning Britain said they had bonded.

‘We did a special before on the BBC and I brought her to my old ghetto.

‘We spent a lot of time together and we became friends. I think she’s awesome.’ 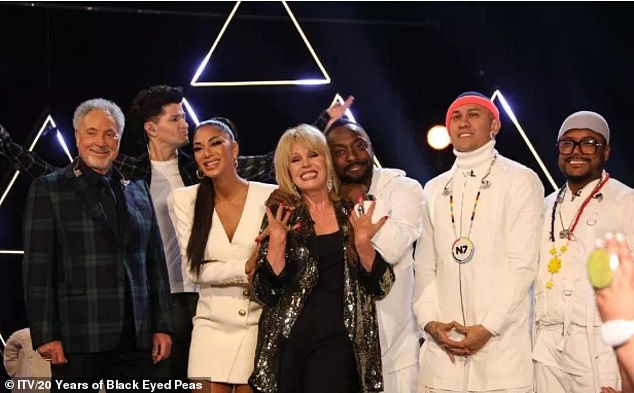 During a performance in the UK they were joined by Will’s former The Voice judges, Sir Tom Jones and Danny O’Donoghue from The Script and Nicole Scherzinger

In the special the Black Eyed Peas were without Fergie who announced she was taking a temporary break from the band in 2017, instead Nicole Scherzinger took her place to perform their hits on stage.

They also revealed how they came together and return to the Los Angeles club where they were first discovered.

The rap trio also revisit the studio where they recorded many of their hits and talk about their break-out album, Elephunk – and during a performance in the UK they were joined by Will’s former The Voice judges, Sir Tom Jones and Danny O’Donoghue from The Script.