John Ford Noonan, a playwright who enjoyed a prolific three-decade run marked by one particularly big Off Broadway hit, “A Coupla White Chicks Sitting Around Talking,” died on Sunday at the Lillian Booth Actors Home in Englewood, N.J., where he lived. He was 77.

His brother, Tom Noonan, said the cause was heart failure.

“A Coupla White Chicks,” a two-hander about polar-opposite women who end up bonding — a template Mr. Noonan would use repeatedly — opened at the Astor Place Theater in the spring of 1980 with a stellar pairing: Susan Sarandon was Maude, “a no-nonsense, strait-laced WASP,” as Frank Rich’s review in The New York Times put it, and Eileen Brennan was Hannah Mae, “a vulgar, sexed-up émigré from Austin, Tex.”

“John Ford Noonan, the author of the evening, does not have much of import to say,” Mr. Rich wrote, “but when Miss Sarandon and Miss Brennan talk, we listen.”

The play, a comedy, ran for more than a year, the original stars giving way to other actresses, including Louise Lasser, JoBeth Williams, Susan Tyrrell, Anne Archer, Candy Clark and Carrie Snodgress. Works for two actresses were in short supply at the time, and “A Coupla White Chicks” was soon being performed all over the United States, its humor striking a universal chord.

“Mr. Noonan is quite a skillful jokesmith,” Mr. Rich said in his review. “He has a fine ear for language, a knack for the throwaway line and a sense of timing that is pretty much faultless.”

John Ford Noonan Jr. was born on Oct. 7, 1941, in Stamford, Conn. His father, John Sr., was a jazz musician and doctor of dental surgery, and his mother, Rita (McGannon) Ford, was a mathematics teacher.

John Jr. grew up in Greenwich, Conn., and received a bachelor of arts degree from Brown University and, in 1966, a master’s in theater arts from the Carnegie Institute of Technology (now Carnegie Mellon University) in Pittsburgh.

He was teaching high school Latin and other subjects on Long Island when he wrote “The Year Boston Won the Pennant,” which became his first major New York production. The play staged in 1969 at the Forum, a 299-seat theater at Lincoln Center, starred Roy Scheider as a Red Sox pitcher who loses his nonpitching arm and attempts a comeback. Critics were somewhat mystified.

“It’s a strange play,” Harry Gilroy wrote in his review in The Times. “What it is all about — except for a somewhat remote relationship to baseball — is hard to say. Take a friend to see it and then chew over the mystery afterward.” 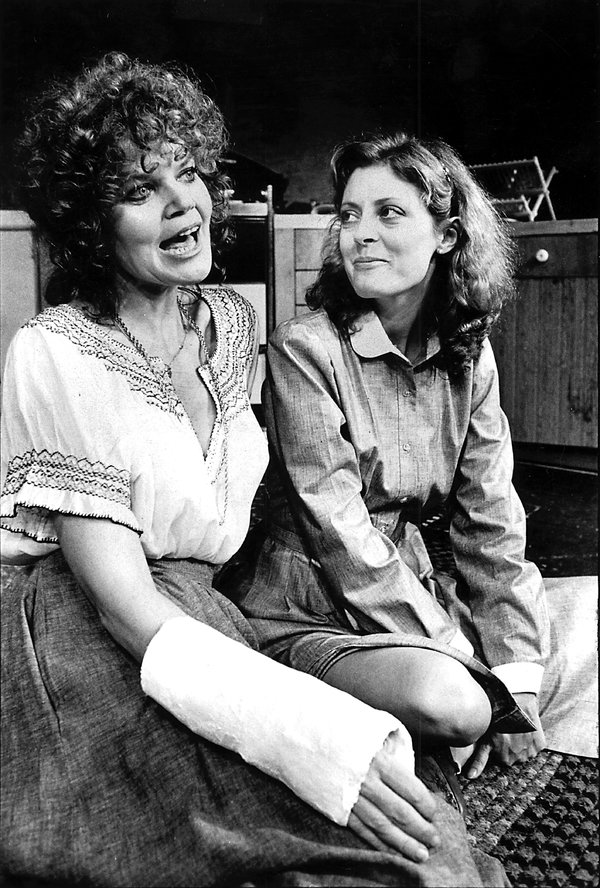 Then, in 1972, came “Older People,” a collection of sketches about aging men and women coping with love, sexuality and survival, one of a series of Mr. Noonan’s plays produced by Joseph Papp and the Public Theater. Another was “Getting Through the Night,” a 1976 play about four lonely women.

Although Mr. Noonan was being produced regularly, “A Coupla White Chicks” four years later put him in a different category, success he did not handle particularly well.

“I made an amount of money from ‘White Chicks’ that embarrassed me,” he told The Los Angeles Times in 1989, when his play “My Daddy’s Serious American Gift” was being performed in West Hollywood. “I called it ‘found money.’ Sure, I took it — and I blew it fast.”

Among other things, he wrestled with what he called a “chemical addiction.” It was a subject he explored onstage, including in “Some Men Need Help,” a sort of male counterpart to “A Coupla White Chicks,” in which an older man helps his younger neighbor confront his demons. Mr. Rich, reviewing a 1982 production starring Treat Williams and Philip Bosco (who died this month), called it “an earnest, sweetly intentioned drama about two men who grow to love each other while one of them overcomes alcoholism.”

Mr. Noonan also wrote occasionally for television, including adapting “Some Men Need Help” in 1985 for the PBS series “American Playhouse,” with Mr. Williams and Mr. Bosco again starring. In 1984 he shared an Emmy Award with Tom Fontana and John Masius for outstanding writing in a drama series for an episode of the medical drama “St. Elsewhere” called “The Women,” about three women sharing a hospital room.

Mr. Noonan continued to be staged regularly well into the 1990s. He liked the two-hander format, using it in “Talking Things Over With Chekhov” in 1990 and playing one of the roles himself opposite Diane Salinger in an Actors’ Playhouse production in New York.

“The apparent purpose is to offer the author a platform for jokes and comments about playwrights, actors, drama critics and anything else that happens to wander into his mind,” Mel Gussow wrote in his review in The Times. “Except for the fact that the audience knows that Mr. Noonan is himself a playwright, there is scant attempt to shadow truth with illusion. In the Noonan tradition, a coupla white people sit around talking.”

In addition to his brother, Mr. Noonan’s survivors include a son, Christopher Howell, from his marriage to Marcia Lunt, which ended in divorce in 1968; a daughter, Jesse Sage Noonan, from his relationship with Lynn Cohen in the 1970s; a sister, Dahlia Barbara Noonan; and five grandchildren.

In 1980, amid the success of “A Coupla White Chicks,” a reporter for The Times asked the play’s two stars, “Shouldn’t a woman have written the play?”

Ms. Sarandon answered: “A woman didn’t, though. John did, and it’s a very good play. He is very understanding about his characters. He has a feminine point of view.”

Tom Noonan, an actor and filmmaker, recalled an early lesson imparted by his older brother.

“One Sunday dinner with family, I heard my mother say, ‘Johnny, what’s wrong?’ ” Mr. Noonan said by email. “John held up a forkful of green peas and said, ‘Mom, these peas are so sad!’ As the tears streamed down his face he gave me a secret wink. This was my introduction to the nature of real drama. I was 10, John 20.”