Home » Lifestyle » Josh Cavallo is the first openly gay professional footballer, here are other sports stars who are proud LGBTQ+ 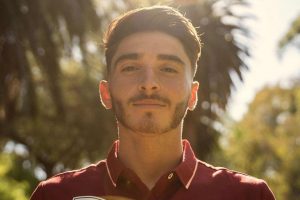 Josh Cavallo has made history as the first openly gay professional footballer to play at top tier.

The 27 year old Australian sportsman plays for Adelaide United based in his home country.

He shared his story on Instagram writing: "I am proud to publicly announce that I am gay.

"It's been a journey to get to this point in my life, but I couldn't be happier with my decision to come out. I have been fighting my sexuality for over six years now, and I'm glad I can put that to rest."

Josh hopes that by being open about his story, he can help to change the landscape of football.

"I hope that in sharing who I am, I can show others who identify as LGBTQ+ that they are welcome in the football community. As the game of football keeps expanding, I want to help evolve the game even further, and let other players in my situation feel that they're not alone."

While he is the first footballer to come out, other sports star have also felt proud and empowered to share their sexuality.

Nicola Adams OBE was the first openly gay person to win a Gold Medal for boxing at the Olympics in 2012.

The successful star said, “I went into boxing and I’m bisexual and I still achieved and performed at the highest level and I came away with gold and made history so with that said, anything is possible.”

She continued her trail-blazing after retirement when she become the first celebrity to compete in a same-sex couple on Strictly Come Dancing. Around the time she said, “I’m lesbian not bi, just saying.”

She also spoke about what it meant to some viewers seeing her dance with Katya Jones. "It’s really good to be able to show diversity for the younger generation, as well as to be able to see somebody from the LGBT community.’

In 2013, Tom Daley uploaded a 5 minutes and 26 seconds YouTube video entitled, "Something I want to say…".

In the emotional video, he came out to his fans.

"I hope that any young LGBT person out there can see that no matter how alone you feel right now, you are not alone. You can achieve anything.”

Tom's decision to speak about his sexuality inspired footballer Casey Stoney. The former England Captain said, "I feel it's really important for me to speak out as a gay player because there are so many people struggling who are gay, and you hear about people taking their own lives because they are homosexual. That should never happen.

"How can I expect other people to speak about themselves if I'm not willing to do that myself?"

Gareth Thomas was the first Professional Rugby Union Player to come out as gay.

He has also campaigned for more awareness of HIV following his own diagnosis, working with charities Terrence Higgins Trust and National Aids Trust.

“I’m very passionate about children learning about HIV; to be able to protect yourself or to be able to have the knowledge of HIV is a very powerful tool to have.," he explained.

"And, I’ll be brutally honest, I personally think it would make my life, and the lives of other people with HIV, a lot easier or a lot less complicated.”

Caitlyn Jenner, who won the Olympic Decathlon in 1976, publicly spoke about being a trans woman in 2015. She wrote on Twitter, "I'm so happy after such a long struggle to be living my true self. Welcome to the world Caitlyn. Can't wait for you to get to know her/me."

She has spoken openly about her transition and being happier than ever now. “My life is so simple,” she says. “It’s just to be myself all day. I think people think when you transition, it is this tremendous thing, and now you’re a totally different person. I’m still the same person. Caitlyn lived inside me all my life.”