Home » Lifestyle » JULIAN HENDY: We must admit that some mental patients are time bombs

JULIAN HENDY: We must admit that some mental patients are time bombs 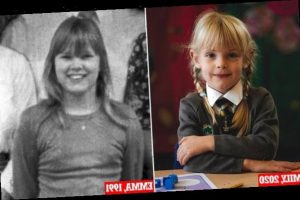 Emily Jones won’t be the last to die if we don’t admit that some mental patients are time bombs, says charity director JULIAN HENDY

Few things could be more shocking than the horrific killing of seven-year-old Emily Jones on Mother’s Day by a paranoid schizophrenic woman – but such an act of senseless violence should not have come as a surprise.

I know only too well how often these killings take place. After more than a decade of research, I have documented a staggering 1,700 such homicides between 1993 and 2019. Tragically, 200 of the victims have been children.

It is clear most people with mental health problems are never violent. But a small minority – often those with a serious mental illness, who are unable, or unwilling, to access services or regularly take their medication – are. Failing to acknowledge this puts us all at risk. 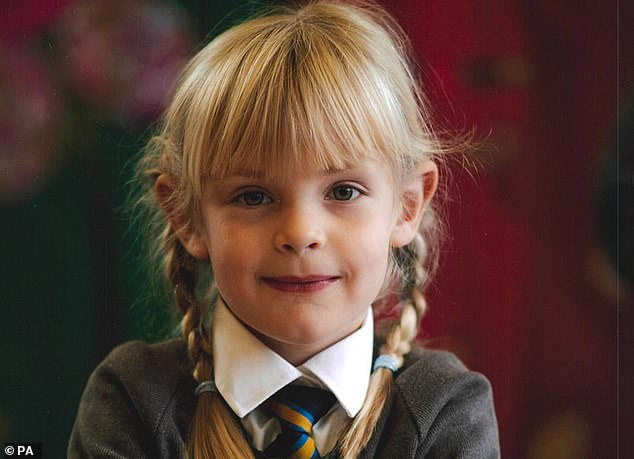 We have to make sure mental health services across the country learn effectively from the killing of Emily Jones. Her legacy should be for no other family to have to suffer the way her parents, and thousands like them, have had to

Emily’s avoidable death at the hands of a stranger has to lead to real change. A major overhaul of mental health services and the way they treat patients with a history of violence is required if such killings are not to be repeated.

After being let down so catastrophically, it is the very least that Emily’s mother and father deserve.

Through my charity Hundred Families, I support the relatives of victims who find their lives torn apart by such terrible killings and campaign to prevent more from happening. Like them, I have endured the intense pain of losing a loved one in this way.

In 2007, my dad Philip went out to pay a newspaper bill and was killed by a psychotic man well known to local mental health services. My dad had never spoken to him before – it was a completely unprovoked attack on a wholly innocent man.

Many mental health professionals don’t like talking about mental health homicides, and if they do, they consistently underestimate the true scale of the problem. They are concerned about stigmatising all mentally ill people as ‘dangerous’. I understand that concern but it is misguided.

Surely refusing to accept the prevalence and profound impact of these killings is a moral cowardice that punishes all of us, including the seriously ill patients who require better care and supervision. 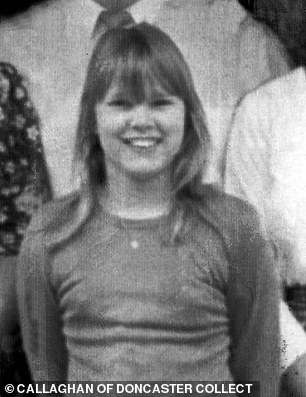 There is perhaps no better example of how, for almost 30 years, mental health professionals have failed to learn lessons from the past than the horrific killing of Emma Brodie in April 1991

On average about 120 victims are killed by people with mental illness every year in the UK. Some ten of these victims are children.

The death toll in England alone in 2018-19 stood at 111, according to an NHS England report quietly released earlier this year. That is roughly one in six of all homicides.

The NHS seems incapable of learning any lessons from these appalling statistics. The NHS England report listed a string of failings that had been identified by 27 investigations into killings committed in 2018-19 and warned ‘there is a risk that future deaths will not be reduced due to ineffective learning’.

There is perhaps no better example of how, for almost 30 years, mental health professionals have failed to learn lessons from the past than the horrific killing of Emma Brodie in April 1991.

Emma was shopping with her elder sister in the town centre when they were confronted by a woman they had never met before, carrying a large carving knife. The woman shouted ‘Stephanie!’ and began chasing Emma. The frightened girl tried to run away but the woman grabbed her and, without warning, stabbed her in the chest.

Emma was rushed to Doncaster Royal Infirmary but died from her injuries shortly afterwards. Her attacker, Carol Barratt, later told police that she had to kill the girl ‘because she had betrayed my grandfather to the Germans’. Public shock at the killing turned to outrage when the full story of the cavalier way in which Barratt had been treated and released from psychiatric hospital emerged.

Barratt, 24, had a long history of mental illness and had been in and out of the psychiatric ward of Doncaster Royal Infirmary many times. But most worrying of all – just like Emily Jones’s killer – she was also known to be a risk to children.

Two weeks before Emma’s brutal killing, Barratt had been arrested for seizing a 12-year-old girl in the same shopping centre and threatening her with a knife. She was sectioned under the Mental Health Act but, inexplicably, despite posing such a huge risk to the public, she was discharged from hospital.

Two days later she killed Emma. After Emma’s shocking death, Stephen Dorrell, then a junior Health Minister, declared that the Government must be prepared to look the families of future victims in the eye ‘and say we did all we could to avoid their bereavement’.

Fine words, but since then my research shows these cases continue unabated and little has been done to better protect the public – if anything the problem is getting worse.

A recent academic study showed that while there had been a fall in the numbers of homicides in the general population since 2008, the proportion of those related to mental disorder has increased.

Despite this alarming trend, the Confidential Inquiry into Suicide and Homicide by People with Mental Illness, set up by Mr Dorrell in 1992 to research mental health homicides and learn national lessons, wound up this critical work in 2018, claiming lack of funding.

It required just £100,000 a year to continue – a relatively small sum and the equivalent cost of looking after a single patient in Broadmoor Hospital for four months.

A very senior NHS official told me recently they didn’t see any benefit in investigating patient homicides. I’d like to see him say that to Emily’s parents.

So what should be done? Firstly, the NHS has to get a better understanding of the patients under its care. All too often key information about the risk a patient poses to the public is buried in medical notes and not easily accessible to clinicians.

The solution should be simple: provide a single cover sheet on a patient’s notes that clearly outlines their history and the risk they pose.

Secondly, the Government must restart the research programme into mental health-related killings. We need to learn the lessons to stop other families having to go through what we’ve been through. Sticking our head in the sand is no longer an option.

Thirdly, it is time to radically change Mental Health Tribunals, the panels that make critical decisions about releasing detained mental health patients, including those who have committed serious violent crimes, back into the community.

We’ve seen a number of cases where dangerous patients released by tribunals have gone on to kill. The system is overly secretive and unaccountable. Incredibly, victims and their families have far fewer rights at these tribunals than victims at parole boards.

Specialist mental health teams who can regularly follow-up those most at risk of harming themselves or others must be re-established.

Many so-called ‘Assertive Outreach’ teams have been disbanded and their work taken up by overworked general Community Mental Health Teams, who often do not have the time, experience or resources to care for those who pose the greatest risk.

The NHS also needs to provide more emergency beds for those in crisis. There is a legal duty on health authorities to have enough – but few do.

All too often mental health professionals seem to regard the admission to hospital of a patient as a ‘failure’ but the reality is not everyone can be safely treated in the community.

We have to make sure mental health services across the country learn effectively from the killing of Emily Jones. Her legacy should be for no other family to have to suffer the way her parents, and thousands like them, have had to.

Back in 1991, Dorrell delivered a blunt warning to those politicians and civil servants who would follow him.

‘One homicide or similar incident is too many,’ he said. ‘But if a repeat incident occurs because the lessons of the first have not been learned, we are all culpable.’

Given the catalogue of failings that preceded Emily’s tragic death, I sincerely hope Ministers are studying those words very carefully.

END_OF_DOCUMENT_TOKEN_TO_BE_REPLACED

END_OF_DOCUMENT_TOKEN_TO_BE_REPLACED
We and our partners use cookies on this site to improve our service, perform analytics, personalize advertising, measure advertising performance, and remember website preferences.Ok