Punk rockers The Chats from Queensland’s Sunshine Coast have lined up alongside Elton John, Royal Blood and Miley Cyrus on a tribute album celebrating the 30th anniversary of Metallica’s chart topping self-titled record.

Widely referred to as The Black Album, Metallica’s Grammy Award-winning album crossed over from their heavy metal fans to enormous mainstream success. The re-mastered and expanded album is being reissued this week along with The Metallica Blacklist, featuring 53 artists and bands covering songs off the original album. 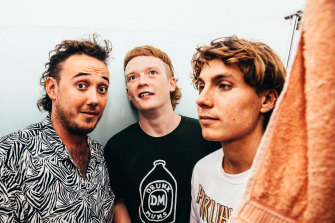 Punk rockers The Chats are among 53 bands and artists on The Metallica Blacklist.Credit:

Former Metallica bass player Jason Newsted, who joined the group in 1986, this week said, “we knew it was a big deal” during the eight-month recording session and felt the band were primed to reach a far wider audience in 1991.

“We did all those years of touring, built up the fan base and then here’s this producer [Bob Rock] to make us sound as good as we possibly could … it was a really big deal.”

Newsted parted ways with Metallica in 2001 after four studio albums and hundreds of shows, including a massive performance at Moscow’s Tushino Airfield a month after The Black Album was released. 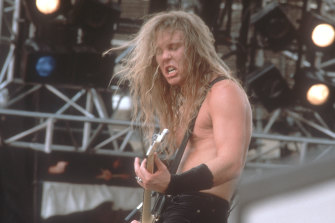 “Nothing Else Matters was the song that broke down the most barriers for us,” the 58-year-old said.

“It was the softest song from the heaviest band that broke down the barriers for us to be able to play our heavy music for everyone. Nothing Else Matters went number one in 30 countries and a bunch of those countries we’d never played in, so promoters in those countries started reaching out to us.

“Just as Iron Maiden and AC/DC and Motorhead paved the way for us as the next generation of heavy music, we did that for however many bands since … The Black Album did that for millions of kids around the world.”

Also featuring the songs Enter Sandman, Sad But True, Wherever I May Roam and The Unforgiven, Metallica’s hugely popular self-titled album topped charts around the world, including Australia.

Metallica’s ferocious thrash metal style was toned down for their biggest album, the band opting instead for what Newsted called a more “mid-tempo, caged power” with greater emphasis on a simpler, more muscular groove that drew at least some inspiration from AC/DC’s use of restrained power.

A decade after AC/DC ushered in the 1980s with one of rock ‘n’ roll’s greatest albums with Back In Black it was Metallica unleashing a game-changing blow for heavy metal, bringing a self-assured swagger to the genre. 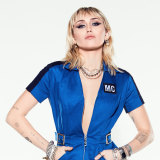 “The Chats, those guys weren’t even born when we made that record, but it’s never too late to discover a good thing and [The Chats’ version of Holier Than Thou] is very true to the energy source.

“The whole tribute album, with its different colours and shapes, the different genres and the respect from all over the globe … wow, what a feeling.”