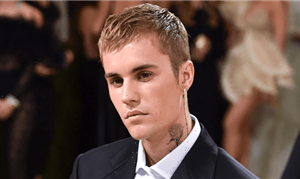 A positive outlook. Days after explaining that Ramsay Hunt syndrome has caused partial facial paralysis, Justin Bieber shared a health update with fans, revealing that his faith keeps him strong amid his “horrific” challenges.

The “Yummy” singer continued, “He knows the darkest parts of me that I want no one to know about and he constantly welcomes me into his loving arms. This perspective has given me peace during this horrific storm that I’m facing. I know this storm will pass but in the mean time JESUS IS WITH ME.” 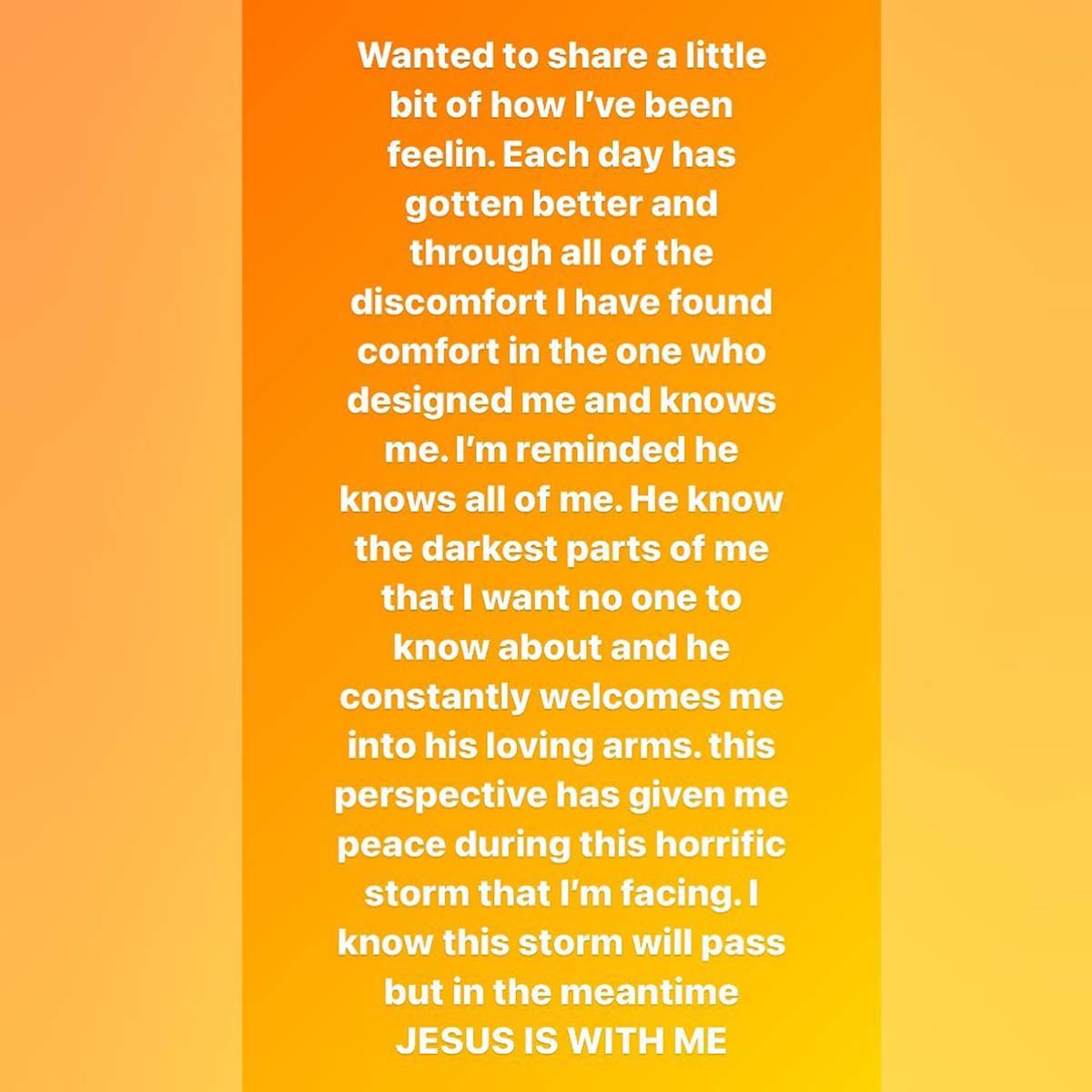 In the caption, Bieber added, “By this point in my life I realize storms come and go. Jesus continues to remind me that he is with me in the midst of the storm. It’s not about the storm. It’s that we are NEVER ALONE AND HE UNDERSTANDS.”

The “Sorry” crooner, who has battled Lyme disease for several years, revealed his diagnosis on Thursday, June 10. He explained via social media that he wanted to update his followers on “what’s been going on” with his body recently, pointing out that people can “probably see from [his] face” that something was amiss.

Justin Bieber and Hailey Baldwin: A Timeline of Their Relationship

“I have this syndrome called Ramsay Hunt syndrome. It is from this virus that attacks the nerve in my ear and my facial nerves and has caused my face to have paralysis,” Bieber explained, showing how one side of his face does not move. “As you can see this eye is not blinking. I can’t smile on this side of my face. This nostril will not move.”

The Canada native revealed that he needed to prioritize his health, which means canceling several concerts on the Justice World Tour. “I’m just physically, not capable of doing them,” Bieber said of the shows.

He added, “This is pretty serious as you can see. I wish this wasn’t the case. But obviously my body is telling me I need to slow down.”

Bieber’s wife Hailey Bieber (née Baldwin), who married the “Peaches” performer in 2018, shared her support the following day via Instagram.

“I love u baby,” the model, 25, captioned an Instagram Story post on Friday, June 10, with Justin’s initial social media message.

Being the Biebers: Justin and Hailey’s Quotes About Marriage

Justin’s health challenge was announced just three months after his spouse was hospitalized with a blood clot in her brain. She felt like she was having a mini stroke, according to a YouTube video she shared in April, and was later diagnosed with a Grade 5 PFO — Patent Foramen Ovale, which is a flap-like opening in the heart per a Mayo Clinic definition. She had surgery to repair the hole.