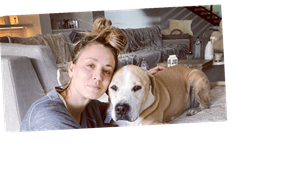 Animal lover Kaley Cuoco was left heartbroken this week after saying “goodbye” to her beloved dog Norman. In spite of what she called the “gut wrenching pain” of losing him, the “Big Bang Theory” alum managed to stay positive as she penned a moving tribute to the sweet, pit bull mix rescue on Instagram on Jan. 16. “Norman, you were my entire world for 14 years,” she wrote. “You will always have my heart.” In honor of Kaley and Norman’s special bond, Wonderwall.com is taking a closer look at some of Hollywood’s most devoted dog moms and dads. Keep reading to find out how Norman inspired Kaley’s animal rescue work, which “Star Wars” icon’s dog made a cameo “in a galaxy far, far away,” and more …

RELATED: Celebs and their cute pets in 2021

When Kaley adopted Norman, he was about 2 and had a broken leg. As she told the Los Angeles Times in 2017, she’d recently discovered “what great dogs” pit bulls aredespite “how horribly they’re seen,” and quickly developed a “passion” for helping them. She met Norman and it was basically love at first sight. “I knew right away … I wanted this dog to be in my life,” she told the Times. Her strong bond with the puppy soon sparked an interest in animal rescue work, she told the outlet. Today, Kaley and her husband, Karl Cook, regularly open their home and hearts to senior and medically ailing shelter dogs who have been overlooked because of their age. Read on for more tales of Hollywood dog-and-owner matches made in heaven …

When Carrie Fisher died unexpectedly in 2016 after suffering a heart attack on a plane, she was traveling with her main squeeze — a brindle-colored French bulldog named Gary with an Instagram followers list (almost) as long as the tongue he’s known for letting hang way down from his mouth. The “Star Wars” icon adopted Gary when he was a puppy to help her with the effects of her bipolar disorder. “Gary is very devoted to me and that calms me down,” Carrie once told the Herald Tribune. And he did follow his mom pretty much everywhere, from red carpets to movie sets around the world. After her death, he even followed her onto the silver screen, making a brief cameo in “Star Wars: The Last Jedi.”

Like Carrie Fisher, Amanda Seyfried’s found having the right dog in her life has helped reduce her anxiety issues dramatically. “He completely changed my life and helped me find my solitude and my independence,” she told People of her Australian Shepherd, Finn, a few years back. “When you have a lifestyle like I did when I was in my early twenties, there were no constants.” Amanda met her four-legged bestie while she was working on the HBO series, “Big Love.” Finn’s sister was appearing on the show, and when the actress learned the sister had siblings who needed homes, she thought she’d foster one. Things didn’t quite go as planned. “I became a dog person overnight,” she recalled in a 2017 essay for InStyle. “It turns out, if you really love something and you want it badly enough, you can make it work.” These days, Amanda lives on a farm in New York state with her husband, daughter and about 20 adopted animals. But Finn’s the only pet who’s written into her work contracts to ensure he’s allowed on set. As she told InStyle readers: “He’s a non-negotiable entity in my life. He’s family.”

For the first few years of their relationship, Chrissy Teigen and John Legend’s social media accounts suggested the couple spent an enviable amount of time snuggling in various corners, couches and rooms with their pups, Puddy and Pippa. The couple got Puddy the first year they started dating. He passed on in 2018, but by 2020, Chrissy and John’s household included four dogs — Penny, Pippa, Petey and Paul — as well as two birds, Jasmine and Alladin, a bearded dragon named Sebastian and, at least as of August, one hamster.

Jennifer Aniston and her ex-husband, Justin Theroux, shared such a strong love for their white German shepherd, Dolly, that they reunited in 2019 to lay her to rest. “Tonight, at sunset, after a heroic struggle … our most loyal family member and protector, Dolly A. laid down her sword and shield. 🐺💔,” Justin wrote on Instagram at the time. “She was surrounded by her entire family,” he added. The “Leftovers” star also shared photos from the flower petal-filled mini-service they held for Dolly as they said goodbye to the rescue pup.

Justin went on to adopt another rescue, his tan pit bull Kuma, who’s starred in a number of swoon-worthy Instagram posts including a series the actor entitled “Date Night” last spring. (Think candles and a romantic dinner for two — albeit without utensils for Justin’s special lady.) Justin reportedly adopted Kuma near Houston after Hurricane Harvey in 2018.

After Barack Obama made history by becoming the first Black President of the United States, he and his wife, Michelle Obama, kept their promise to let their daughters adopt a dog after the election. A gift from dog lover Sen. Edward Kennedy, First Dog Bo Obama was a Portuguese water dog who was often photographed bringing smiles to the faces of the Barack, Michelle, Sasha and Malia Obama. “With Bo, I got what someone once described as the only reliable friend a politician can have in Washington,” Barack would later write in his memoir, “A Promised Land.” “He also gave me an added excuse to put off my evening paperwork and join my family on meandering after-dinner walks around the South Lawn,” the former president recalled. “It was during those moments,” he added, “… that I felt normal and whole and as lucky as any man has a right to expect.” A few years after Bo’s arrival, the Obamas adopted a second Portuguese water dog named Sunny.

Miley Cyrus has taken on dog mom duties for more pooches than we can count, but at one point in recent years, her at-home pet count was hovering around 13, with nine of those pets being dogs. In August 2020, Miley added to an abandoned dog who’d been taken in by California firefighters to brood — and promptly changed her name from Daisy to Kate Moss. In January 2020, the singer took a major emotional hit when she lost one of her oldest and dearest fur babies, a pit bull mix named Mary Jane, to the cancer MJ was diagnosed with a year ago. 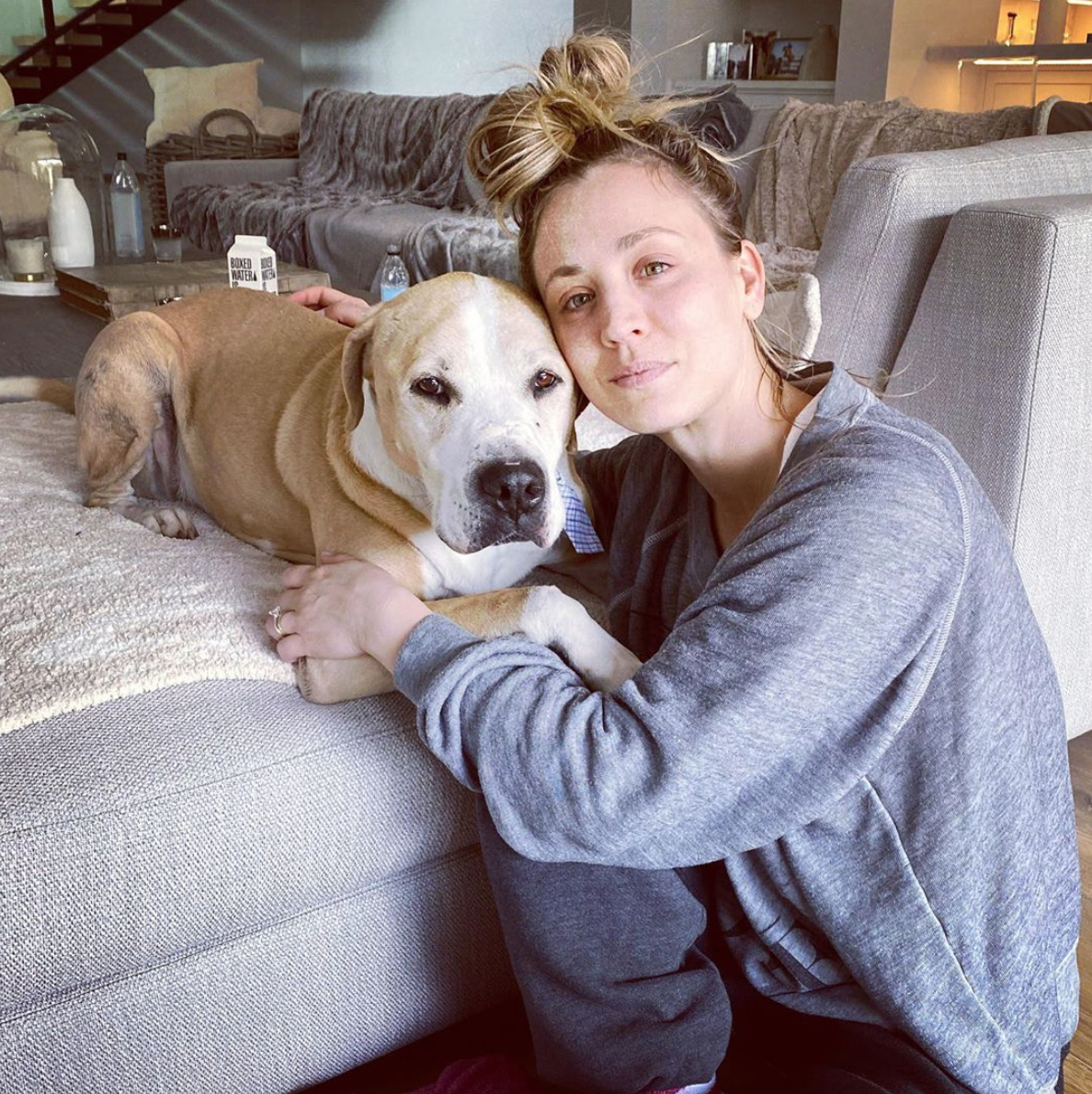 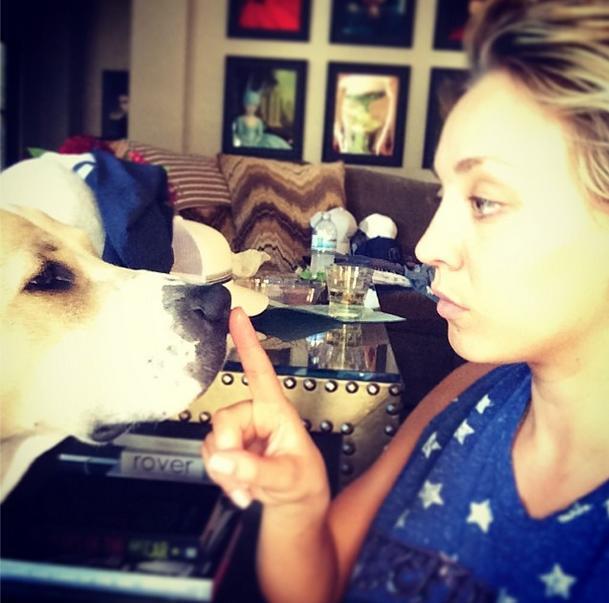 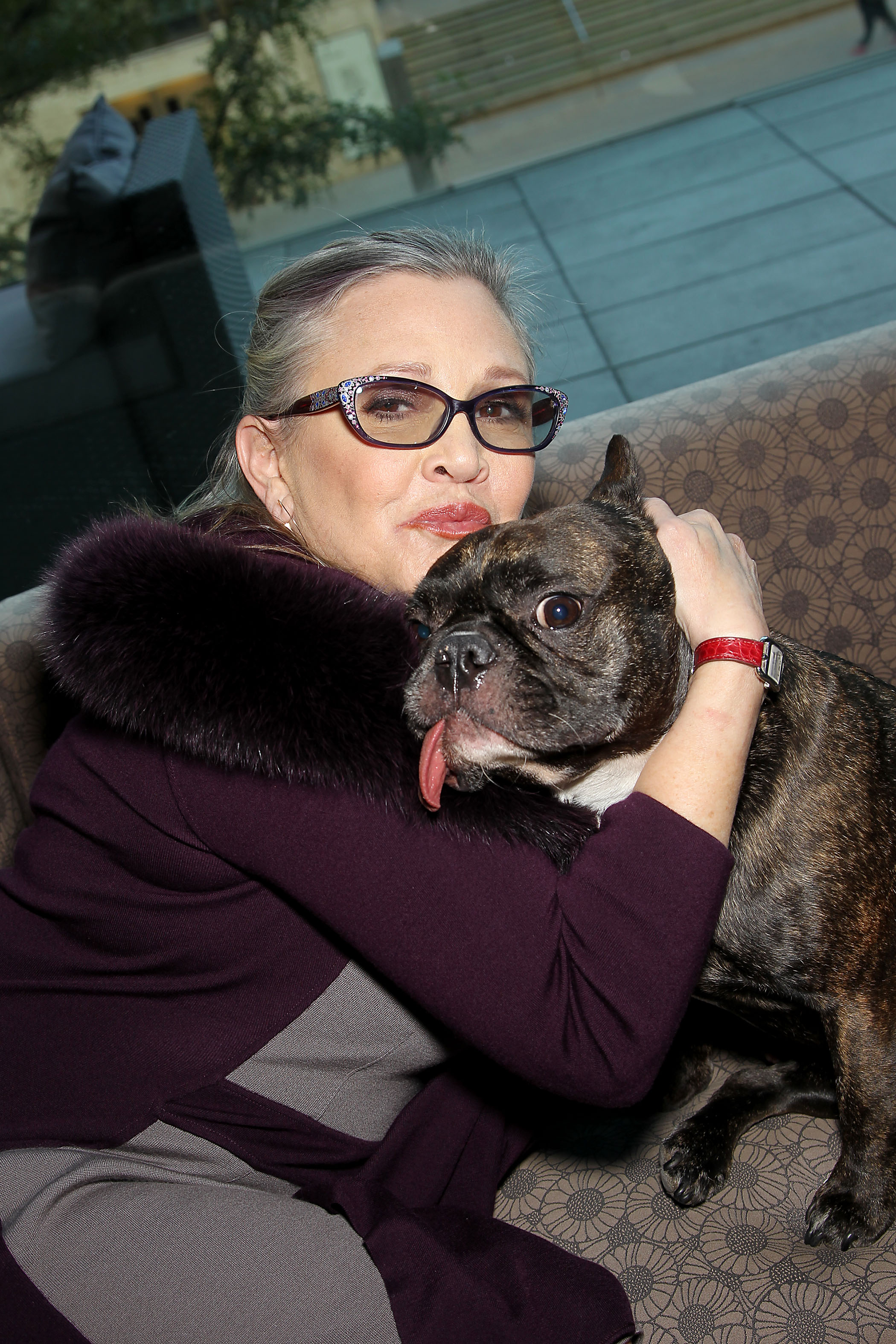 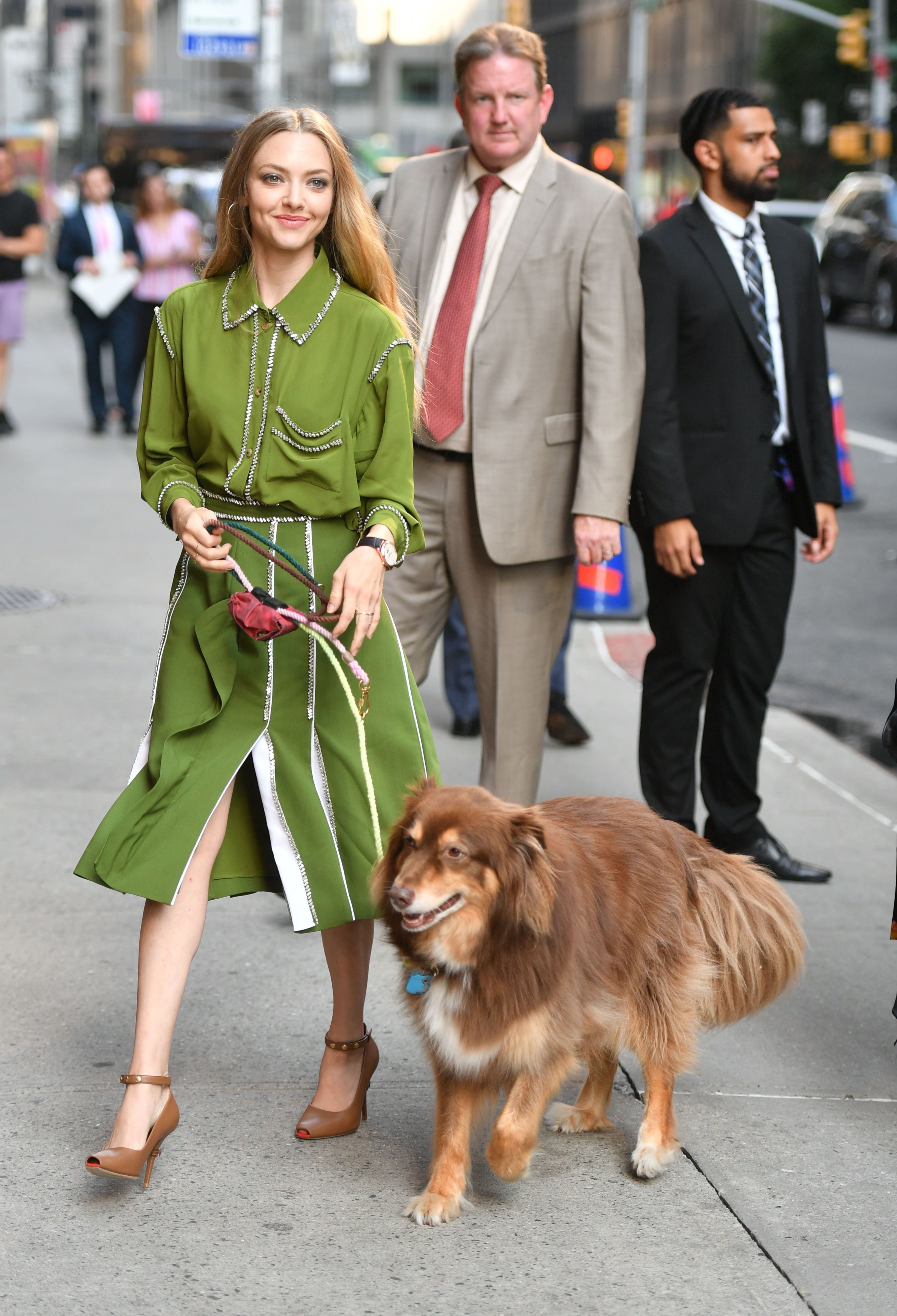 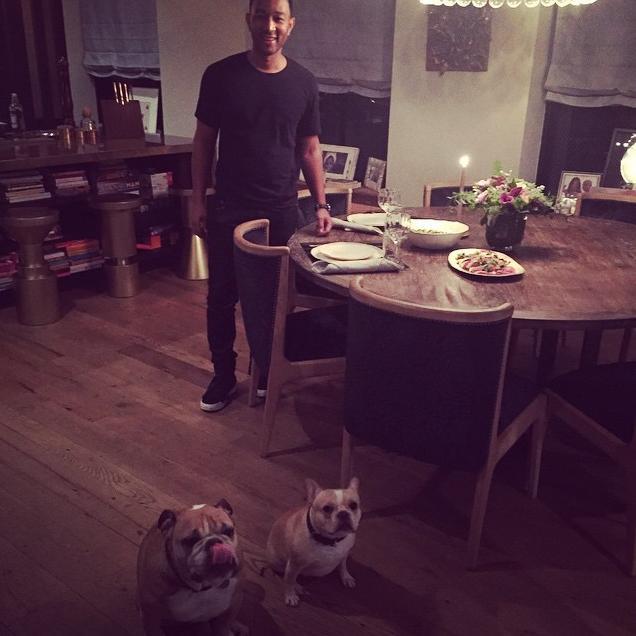 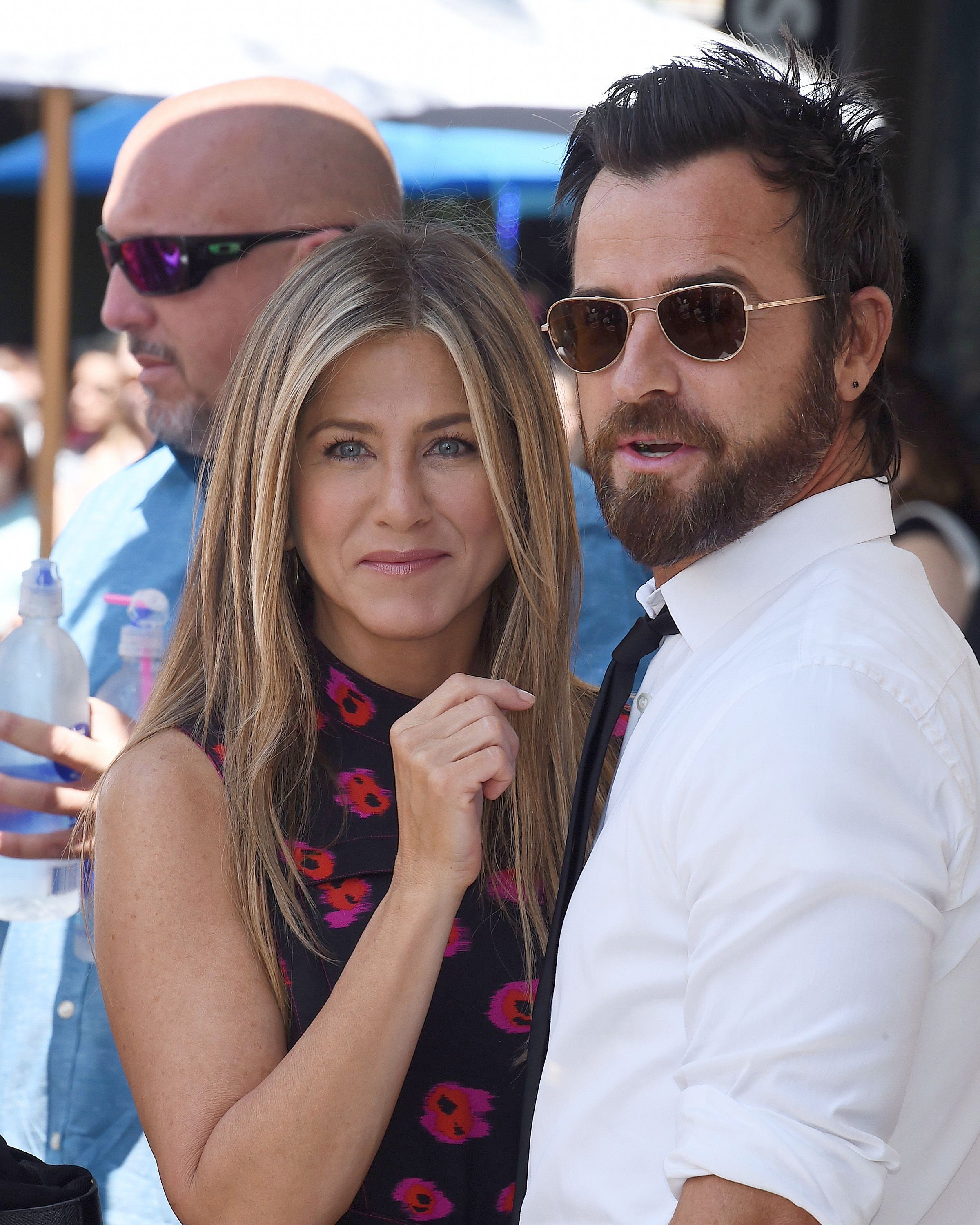 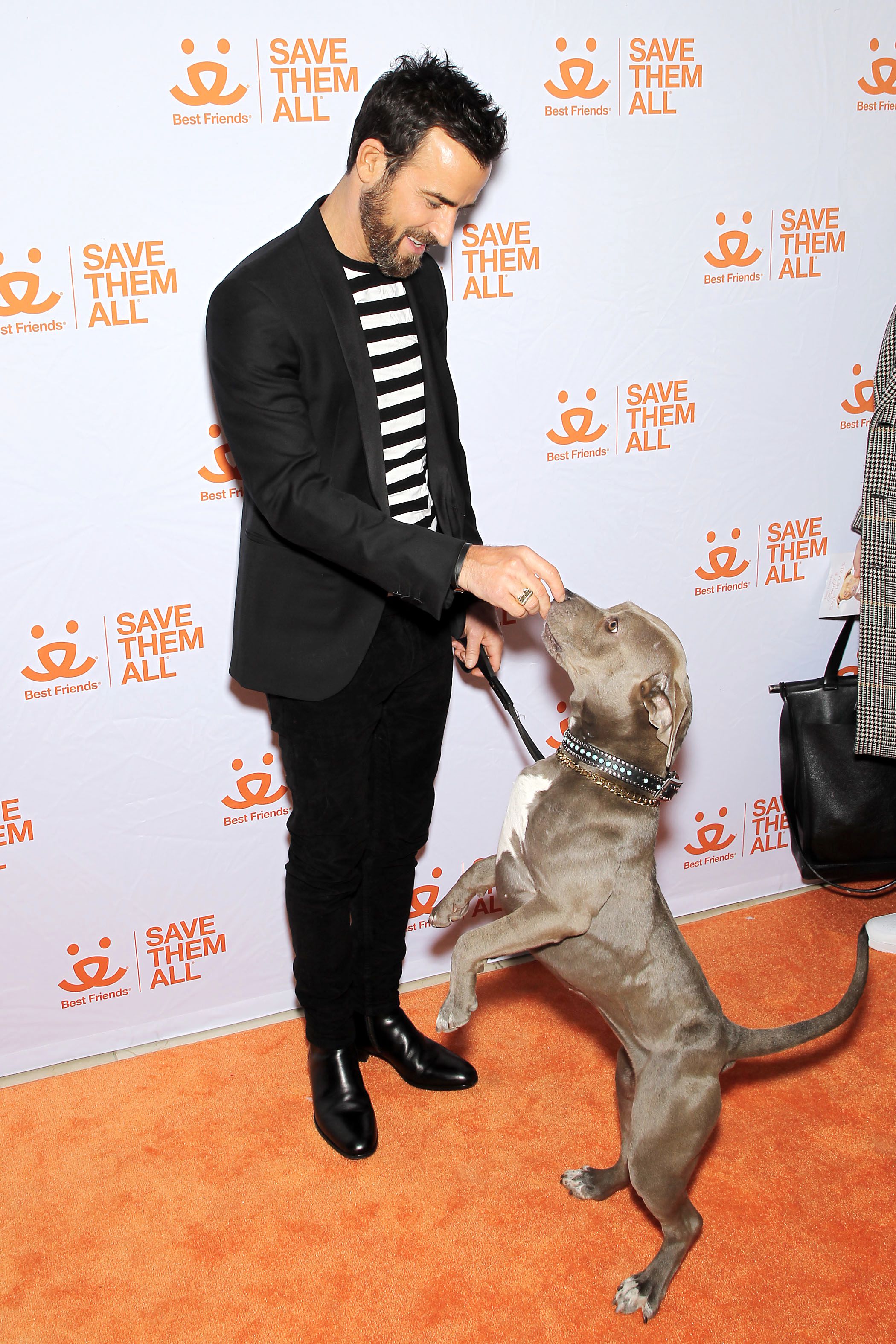 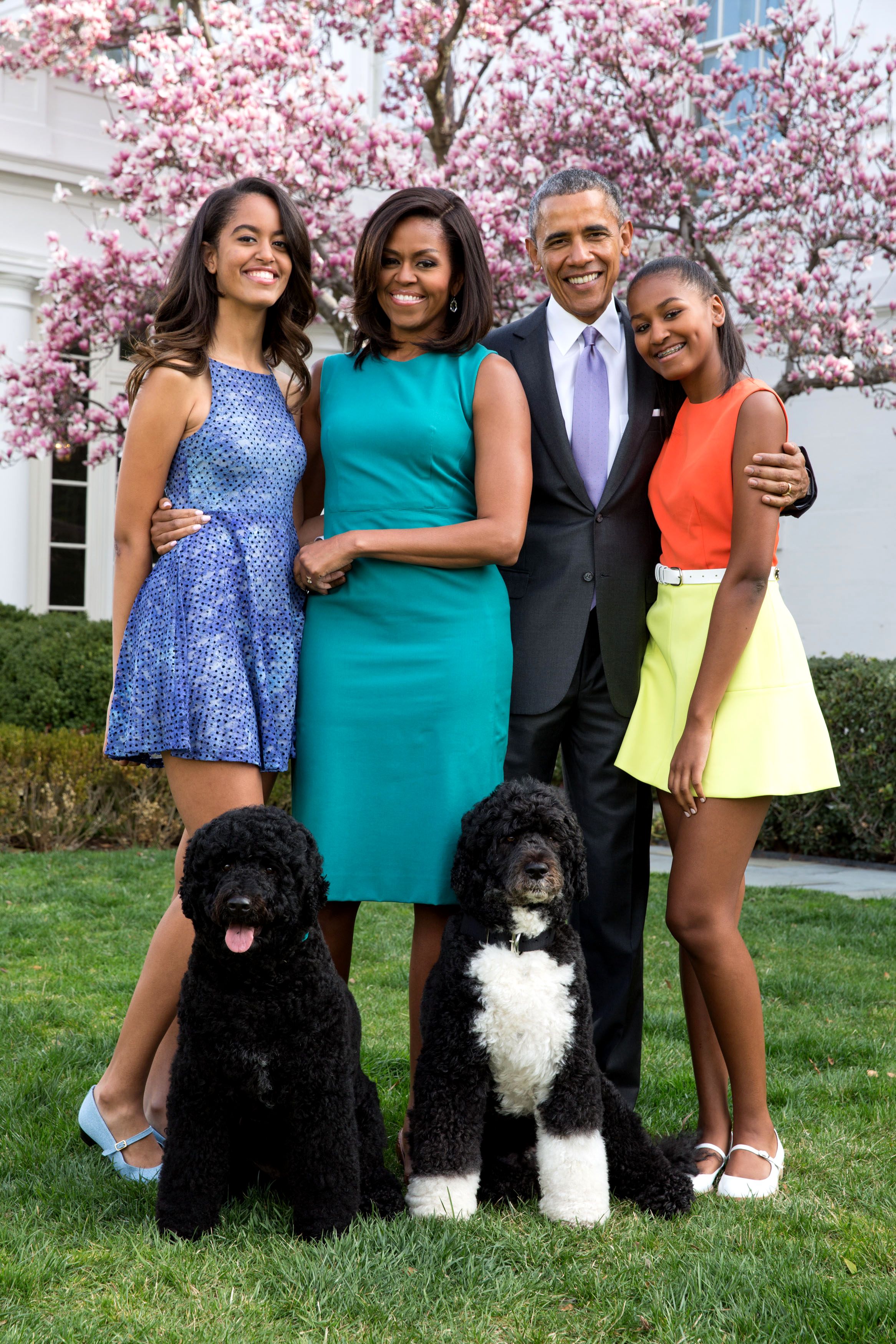 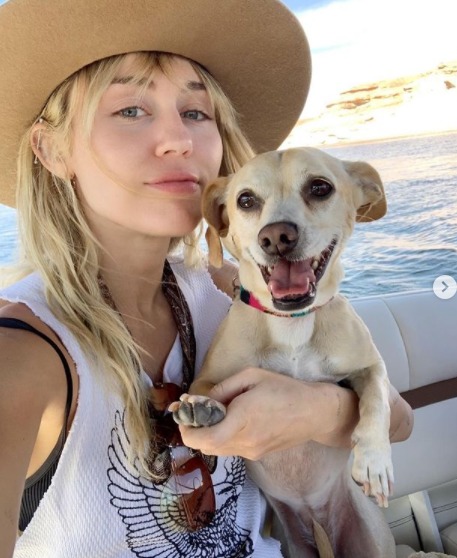 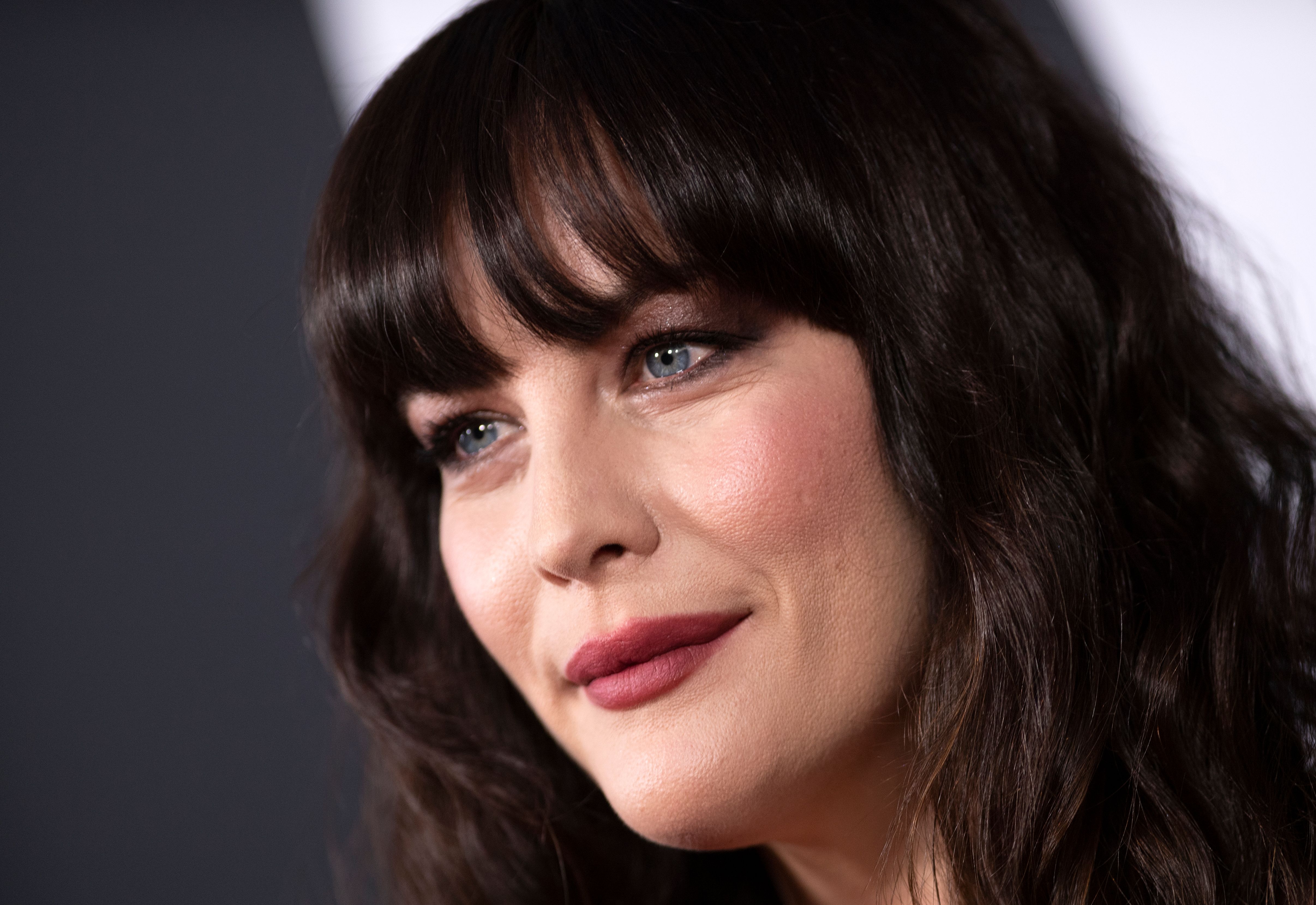