Kate Hudson Says She May Not Be Done Having Kids 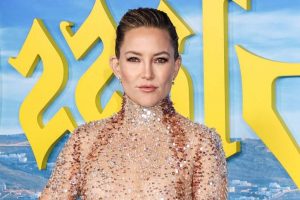 What’s one more? Kate Hudson revealed she might not be done having kids yet.

“I’ve been having children my entire adult life,” the Glass Onion: A Knives Out Mystery actress, 43, told Byrdie in an interview published on Monday, December 12. “I’ve got my 4-year-old and I’ve got a kid in college. And I don’t even know if I’m done yet. You know, I don’t have that answer yet.”

Rather than worrying about the future, the Almost Famous star tries to teach her three little ones about self-awareness and balancing wants with needs. “The thing is with kids, you have to let them be who they’re meant to be,” she told the outlet.

Hudson shares son Ryder, 18, with ex-husband Chris Robinson, to whom she was married from 2001 to 2007. She welcomed son Bingham with ex-fiancé Matt Bellamy, three years before their 2014 split. Her daughter Rani, 4, is her only child with fiancé Danny Fujikawa, who she began dating in 2016.

Kate Hudson’s Best Photos With Her Kids Over the Years: Family Album

The Fabletics founder prides herself on her healthy coparenting relationships with her children’s fathers.

“It might not look traditional from the outside, but on the inside, I feel like we’re killing it,” she told the Sunday Times in November. “The unit that I’ve created with three children with three different fathers is a seriously strong unit, and it’s ours. I’m not interested in forcing some conventional idea of love or marriage.”

The former couples keep in touch over texts, emails and phone calls “in spurts,” she added. “I personally prefer a laid-back approach, but sometimes when you’re laid-back, things can get confused. … I think you just have to be super-structured. We’ve got a lot of busy schedules in our family. I don’t know how I figured it out, but it just really works out for our family. Chris is on the road a lot, and Matt is on the road a lot, but they’re really present fathers.”