The Duchess of Sussex stunned in a gorgeous teal and green dress to visit the The Aga Khan centre on Wednesday.

The couple attended a special event ahead of an official visit to Pakistan which will take place later this month.

Couple appeared to have a wonderful time at the event, laughing a joking.

Kate was snapped touching her husband on the arm in a sweet gesture. A body expert analysed this sweet moment.

Body language expert Judi James told Express.co.uk: “Sometimes it’s the subtlest gestures that can say more about a couples’ relationship than the more open PDAs, especially with a long-established couple like William and Kate, as this micro-ritual proves.”

Kate and Prince William are known for being less forthcoming with displays of affection than their royal counterparts, Prince Harry and Meghan Markle.

Judi explained: “One possible reason why the Cambridges rarely perform PDAs or touch rituals at royal events is probably because they don’t need to. 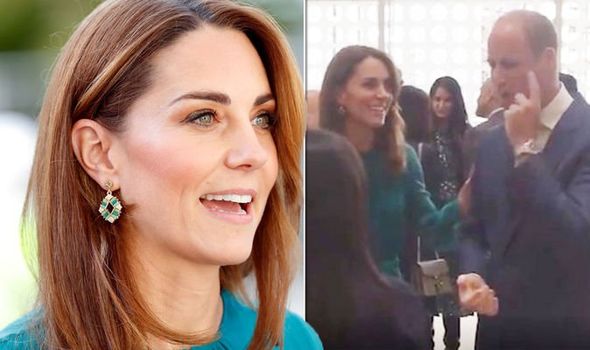 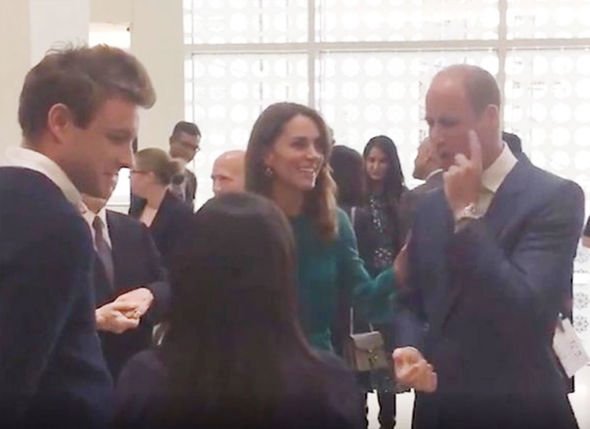 “Their closely mirrored body language has always implied like-minded thinking and an ability to tune into one another, keeping their movements closely synchronised while they’re on royal visits and functions.”

Judi claims this sort of interaction between the couple is, in fact, rather unusual.

“It’s a blend of anticipation and non-verbal tie-signs that seems to work for them and their style of non-verbal bonding and equal-status, twinned behaviour is pretty unique for an heir to the throne and their partner,” she said.

“This affection ritual from Kate is full of quite complex nuances of the type that long-term loving couples can excel in.

“William is engrossed in his conversation, which looks self-effacing and fun to judge from his high, extended hand clasp and his self-point.

“Kate eye-checks her husband from a small distance to listen to his point before performing a backward thumb-jerk in his direction that suggests she teasing him gently to join in the joke.

“But she follows this with the loving touch on the arm that then converts into a flirty-looking hair-preen. Her smile looks congruent as she looks at William and her mouth opens into a laugh, showing a shared sense of humour between them.”

How does their royal tour style compare?

A Fashion PR expert told Express.co.uk: “Meghan and Kate always look stunning when they are on tour. Their outfits are always carefully picked and are probably chosen far in advance.

“For example, they always make sure to wear something from the country they are visiting, which not only shows a lot of respect to the country, but how dedicated they both are to their roles.” 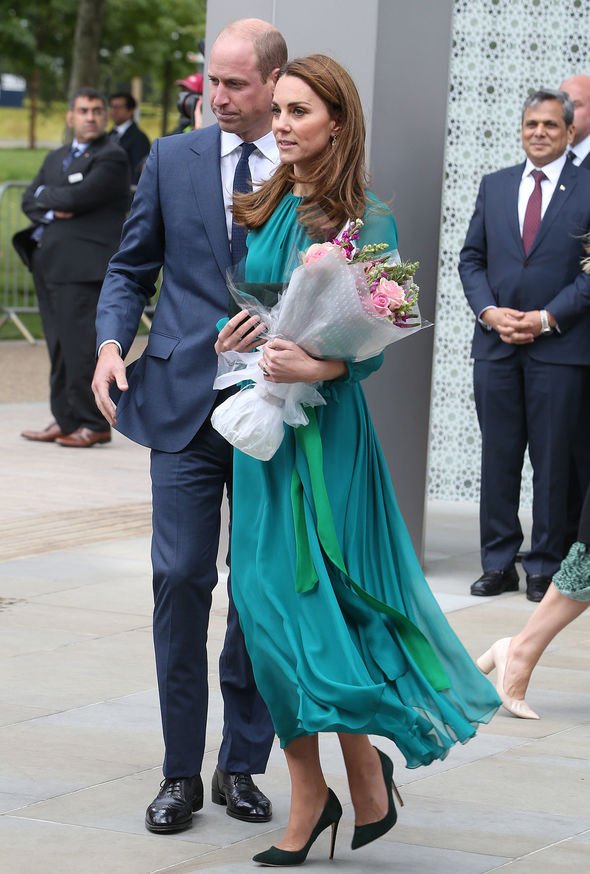 How did Kate Middleton become a royal?

Kate Middleton, or Catherine, Duchess of Cambridge, was born on 9 January 1982 at the Royal Berkshire Hospital, Reading, England.

She was born to Michael and Carole Middleton, a former flight dispatcher and air hostess. The couple founded a party supplies company, Party Pieces, in 1987 – now estimated to be worth £30 million.

Kate has a younger sister Pippa Matthews, 34, and a younger brother James Middleton, 31.

Kate and her family moved to Amman, Jordan, in 1984, where the future Duchess was educated at an English-speaking nursery school.

After moving back to Berkshire the family sent Kate to private school, St Andrews School. She went on to briefly study at Downe House before moving onto Marlborough College where she boarded.

For university the young Kate attended the University of St Andrews in Fife, Scotland. Here she was awarded an undergraduate MA (2:1 Hons) in history of art.

Kate met Prince William when they were both studying at St Andrews, and both living in St Salvator’s Hall. Famously, William reportedly took a fancy to Kate after she wore a see-through dress during a fashion show.

In 2003 the couple began dating and lived together during their second year of university.

The couple split in April 2007, however, in October they were back together.

Prince William proposed to Kate Middleton with his late mother Princess Diana’s engagement ring in October 2010. The couple were holidaying in Kenya at the time.

On 29 April 2011 they married at Westminster Abbey with a whopping 26 million watching the event live.

Kate wore an Alexander McQueen dress worth a reported £250,000 on the big day.

END_OF_DOCUMENT_TOKEN_TO_BE_REPLACED

END_OF_DOCUMENT_TOKEN_TO_BE_REPLACED
We and our partners use cookies on this site to improve our service, perform analytics, personalize advertising, measure advertising performance, and remember website preferences.Ok