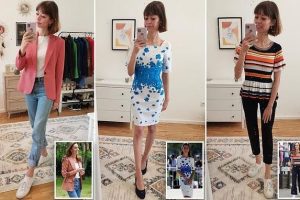 She’s a real copy-Kate! Royal fan reveals how she recreates the Duchess of Cambridge’s designer looks for as little as £30 by buying second hand on eBay or snapping up high street copies

The Duchess of Cambridge has a bulging wardrobe of designer clothes with some of her more upmarket coats and dresses costing thousands, but a royal fan has managed to recreate a huge number of Kate’s famous outfits for as little as £30 per piece.

Anna Reichel, 33, from Addis Ababa, Ethiopia, began taking inspiration from the Duchess after seeing pictures of her leaving the hospital following the birth of Princess Charlotte, with pregnant Anna hoping to look just as ‘fresh and beautiful’ as Kate Middleton when she gave birth.

Anna began replicating outfits from pictures released online, and before she knew it she had completely transformed her wardrobe into one identical to Kate Middleton’s.

The stay at home mum has since recreated 100 different outfits from the Duchess and has spent £3,000 on her wardrobe. 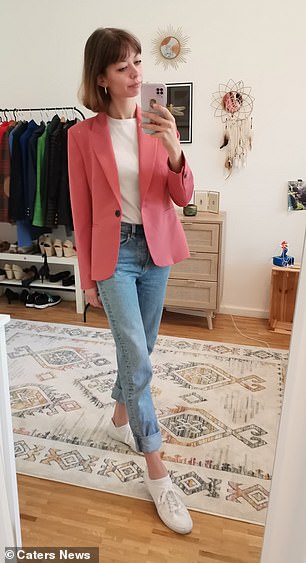 Opening up about her inspiratoin, Anna said: ‘When I was pregnant three years ago, I wanted to look as good as Kate Middleton did after she gave birth to Princess Charlotte.

‘There are a lot of pictures of her online and she often wears casual looks that can be worn on an everyday basis.

‘I prefer her casual looks because you often can’t wear gowns or long dresses but jeans and a fresh blazer are very wearable.

‘Most of the items I have thrifted from second hand shops – it’s very sustainable.

‘She uses a lot of basic items like white shirts that are easy to reuse so recreating the outfits is fairly simple.

Anna also was able to find the exact same pieces as Kate, such as this Sandro top she wore at the King’s Cup in 2019, left 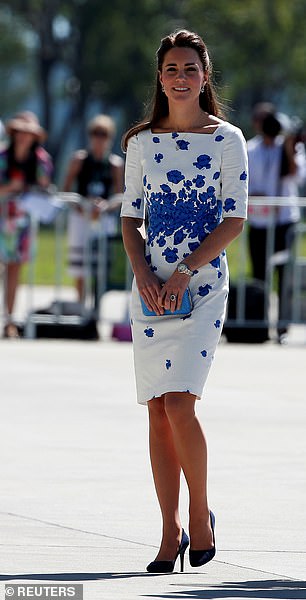 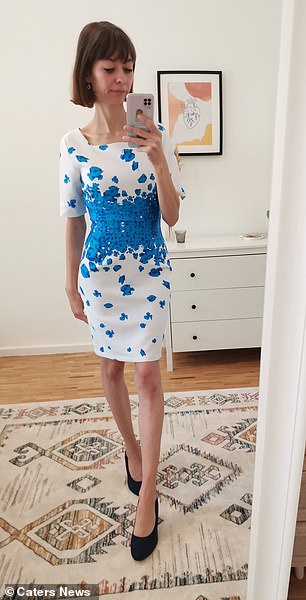 Anna in a floral white and blue dress from L.K Bennet Kate wore during her tour of Australia in 2014

Anna recreates the looks worn by Kate on a budget. She found a parka similar to the one worn by the Duchess of Cambridge on her visit to Victoria during her royal tour of Canada of 2016 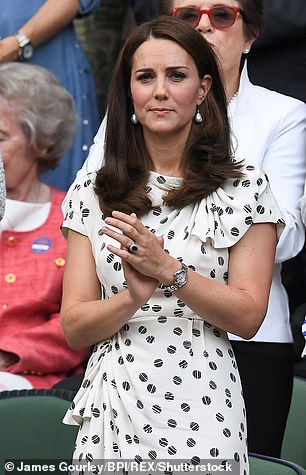 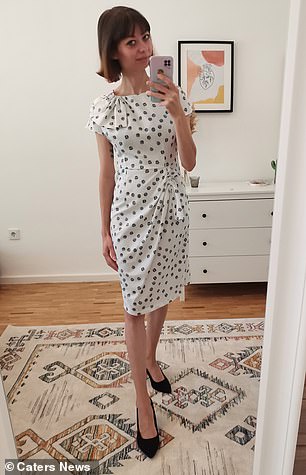 ‘I have a giant dressing room to store all of my clothes; it’s getting bigger everyday!”

Anna’s love for the Royal family began when she was a child after her grandmother encouraged her to watch Royal events on TV.

The mum-of-two, originally from Germany, added: “My grandmother loved Princess Diana so we watched all the Royal events on TV and that’s how my interest started.

Eagle-eyed Anna, right, even recreated one of the look a young Kate Middleton wore in September 2007, left 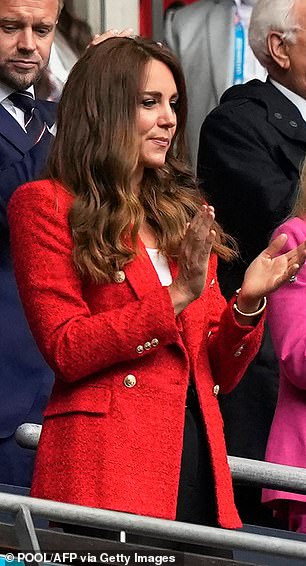 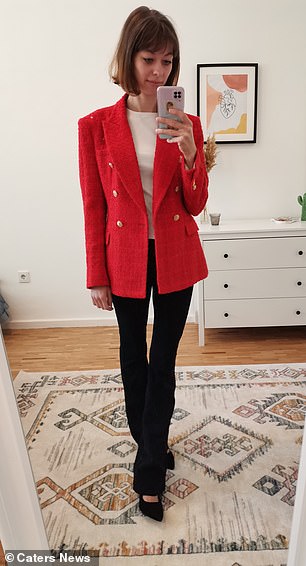 The royal fan, right, has managed to recreate the most discreet looks Kate pulled off, like this relaxed look she wore during her visit to Indian with Prince William in 2016, pictured left. 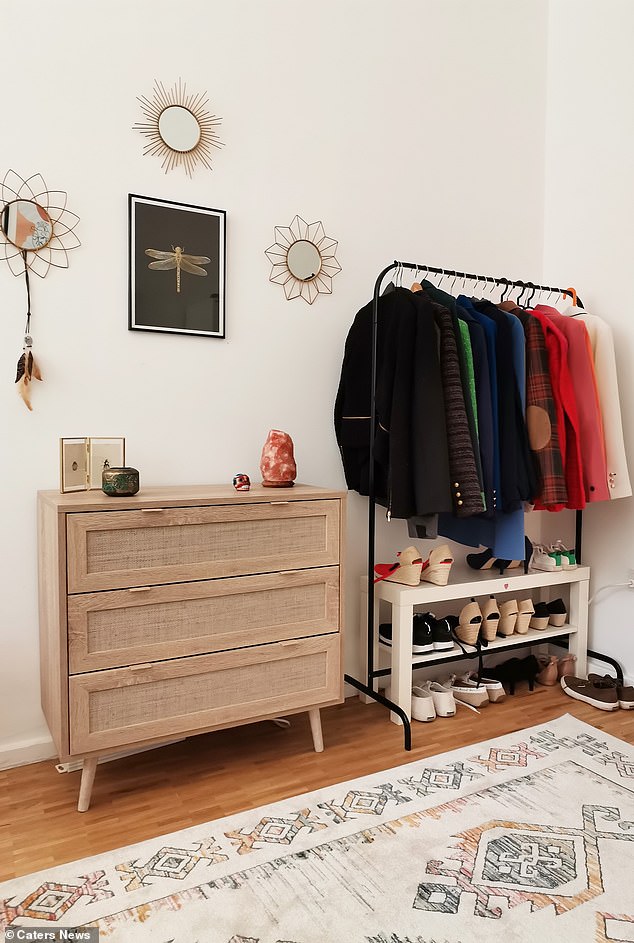 The Kate Middleton fan said she found the items in thrift shops and on pre-loved websites online like eBay and Vinted, and has a collection of blazers and wedge expadrilles just like Kate’s

‘I often get compliments; a lot of people say I’m overdressed but I’m fine with it.

‘I mostly shop from places like Zara, H&M, Mango, Vinted, eBay, and Poshmark.

‘I have to get a lot of the clothes shipped over from the UK.’

Kate donned a floral white dress to speak to emergency responders during the Covid-29 sanitary crisis in 2020, at the Sandringham Estate in Norfolk

Kate wore a bold look  for her visit to the Isles of Scilly in  2016, with a blue blazer and ornate 7/8 trousers. Anna, right, recreated the whole look 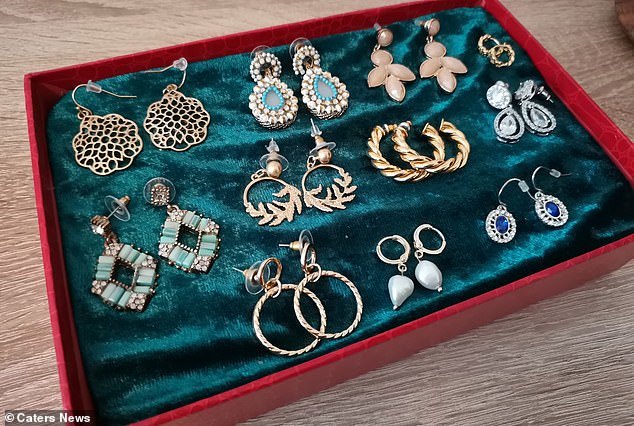 Picking extreme attention to detail, Anna has also a collection of earrings inspired by Kate, pictured 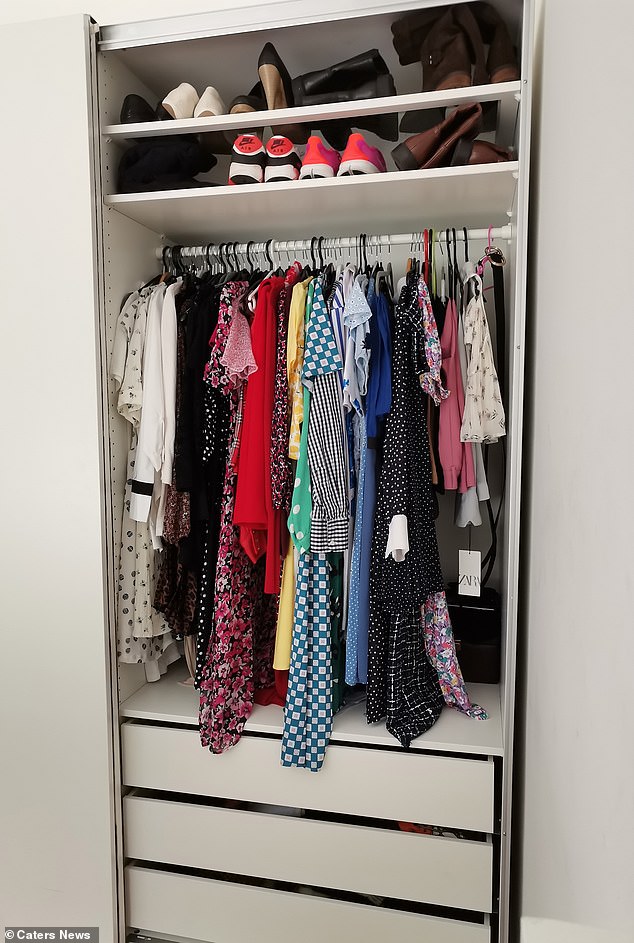