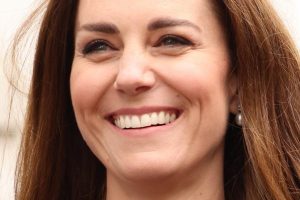 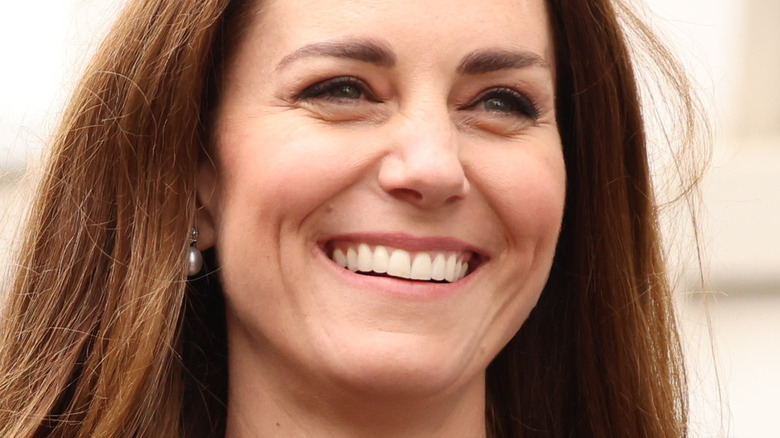 Jab one in the books! Catherine, Duchess of Cambridge, has an active life: As the wife of the future king of England and the mother of three young children, she’s constantly busy with public appearances, royal events, homework help, and family outings. Health is naturally a big priority of hers, and she just took a big step to ensure that she stays on top of her game.

On May 29, the official Instagram account for Prince William and Kate Middleton posted a photo of the duchess receiving the COVID-19 vaccine at the London Science Museum. She is seen looking away from the needle (as we all do) as a masked clinician administers the shot. In a departure from her usual business attire, Kate is wearing a plain ribbed white T-shirt and jeans. She captioned the picture: “Yesterday I received my first dose of the COVID-19 vaccine at London’s Science Museum. I’m hugely grateful to everyone who is playing a part in the rollout — thank you for everything you are doing.”

As People reports, the Cambridges had just returned from a tour of Scotland, where they visited a number of communities and service organizations promoting various forms of mental and physical health. The duchess also had tea at Holyrood Palace with a 4-year-old leukemia patient who was featured in the “Hold Still” 2020 project, a book of photographs chronicling the lives of people all over the U.K. as they coped with the pandemic. 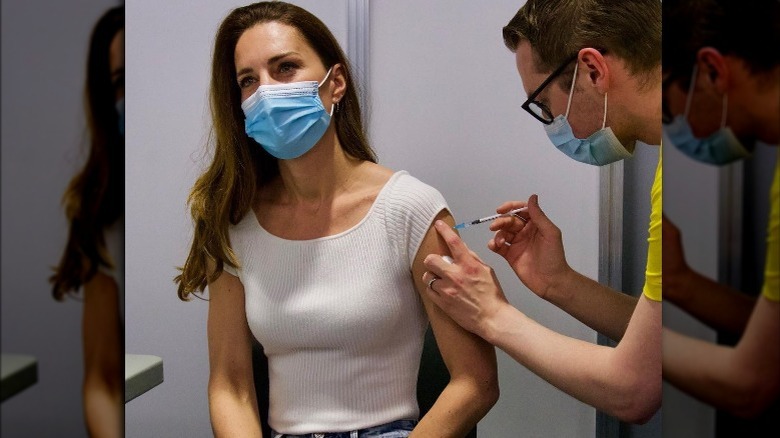 The Cambridges have good reason to get the vaccine: Back in April 2020, Prince William contracted the COVID virus himself. The news was kept under wraps for months until it was finally revealed that November, per The Sun. The prince said that he “didn’t want to worry anyone” in light of the fact that his father, Prince Charles, and British Prime Minister Boris Johnson had recently had their own health scares with the virus.

So he carried on his duties from home despite the fact that he was feeling awful and even having difficulty breathing. Still, not everyone agreed on the wisdom of William’s choice. As The Washington Post pointed out, the British public might have been more likely to take precautions against the virus early on if they’d known that it could affect someone as young and athletic as the prince.

Since then, the Cambridges have been speaking out publicly, encouraging all eligible British citizens to get vaccinated. In a publicized video call with two families, the couple criticized the misinformation being spread on social media, and praised the families for being proactive (via BBC). William said, “Catherine and I are not medical experts by any means but if it’s any consolation, we can wholeheartedly support having vaccinations. It’s really, really important.”

Practicing what he preaches, the prince himself got the vaccine at the same science museum shortly before the Scotland trip. We’ll likely see follow-up photos of the couple’s second shots in a few weeks.