Kate’s Sandringham Christmas ‘will be an ordeal’ amid rumours of a rift between her and Meghan – and she’ll ‘want to get away to see her own family’ in Bucklebury, royal biographer claims

The Duchess of Cambridge’s Christmas will be an ‘ordeal’, a royal biographer has claimed, amid rumours of a rift between her and Meghan.

Christopher Wilson – who has written biographies on Charles and Camilla – suggested Kate, 36, will be wanting to get away to her own family in Bucklebury, following Christmas at Sandringham with the Queen and other royals.

He added that the recent suggestions of tensions between the Cambridges and the Sussexes ‘won’t make things any easier between the girls’.

Kate and William, along with children George, Charlotte and Louis, will be at the Queen’s Norfolk residence for Christmas this year, despite previous reports that they would be spending the day in Bucklebury with the Middletons. 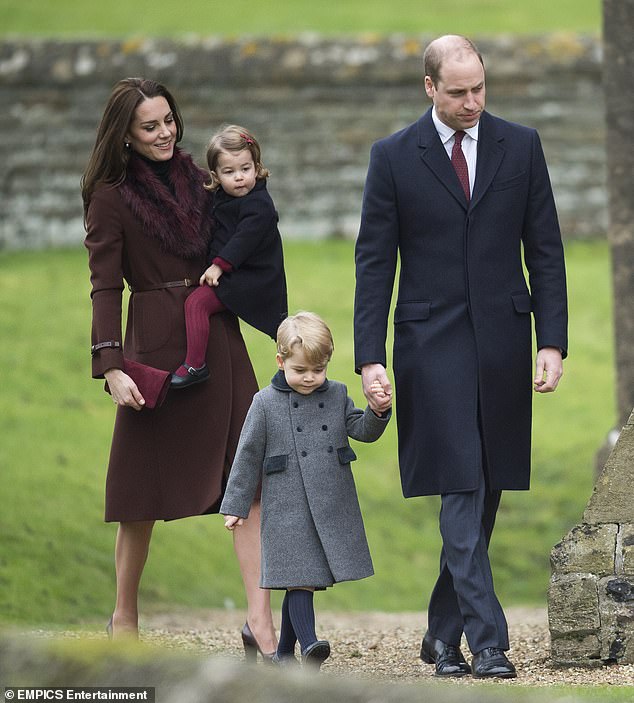 Kate’s Christmas will be an ‘ordeal’, royal biographer Christopher Wilson has claimed. He said that she will be wanting to get away to her own family in Bucklebury (above, Kate, William, George and Charlotte, going to church in Berkshire on Christmas Day in 2016)

Speaking to new!, Christopher said: ‘Kate’s a homebody and loves being with her own immediate family at Christmas – off-duty and relaxed.

‘Sandringham Christmases can be an ordeal, even for those born royal – and generally those who’ve married into the family often can’t wait to get away.

‘As with many seasonal family gatherings, there can be undercurrents and the publicity over the Meghan clash won’t make things any easier between the girls.’

Prince Harry, 34, and Meghan, 37 – who are expecting their first child together in the Spring – are expected to stay at Kate and William’s Norfolk home, Anmer Hall, this Christmas, as they did last year. 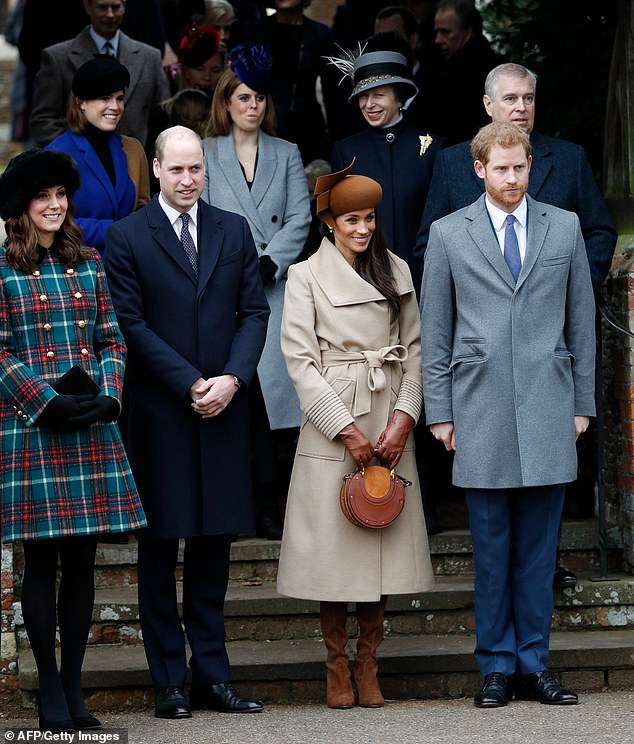 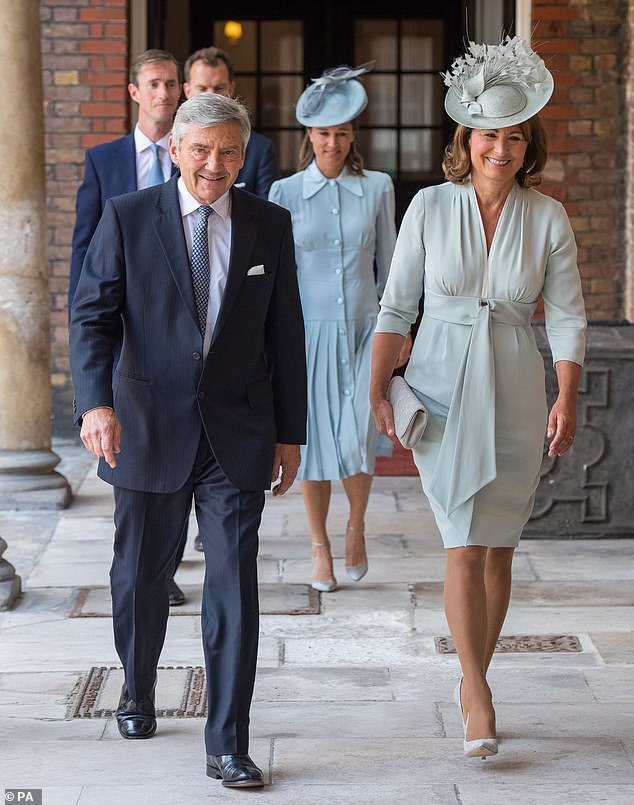 Royal biographer Christopher Wilson described Kate as a ‘homebody’ who would be wanting to get away to spend time with her own family. Pictured are Carole and Michael Middleton, along with Pippa and her husband James Matthews at Prince Louis’ christening

There were previous suggestions that the Cambridges would be spending Christmas Day with the Middletons, as they did in 2016.

Kate’s mother Carole revealed in a recent interview with the Telegraph that her grandchildren have Christmas trees in each of their bedrooms at Bucklebury ‘so that they can decorate it themselves’.

It comes after rumours of a rift between the Cambridges and Sussexes, after it was announced that Harry and Meghan would be moving away from Kensington Palace to Frogmore House in Windsor.

There were claims that Kate was left in tears following Princess Charlotte’s bridesmaid’s dress fitting, ahead of Meghan and Harry’s wedding in May, as well as suggestions the pair had clashed over staff. 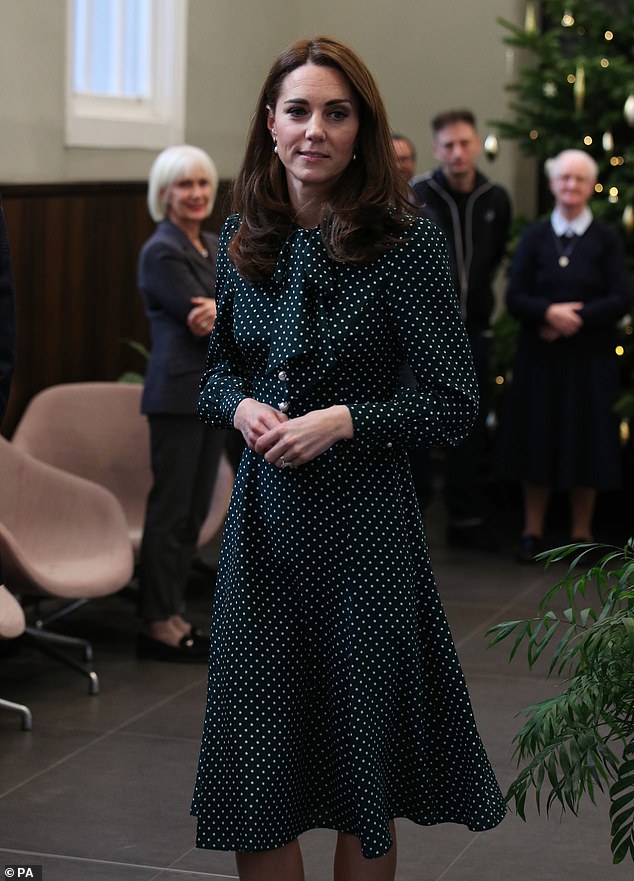 Kate (above during an engagement in London this week) ‘loves being with her own immediate family at Christmas’, which is ‘off-duty and relaxed’, the biographer says

However, royal insiders have insisted that there has been no falling out between the Cambridges and the Sussexes, but admitted the pair are ‘very different people’.

A source previously told the Daily Mail’s Rebecca English: ‘[W]hile there are some tensions behind the scenes, Kate is pretty unflappable and nothing has become bad enough to make Harry and Meghan want to move out.

‘People are genuinely pleased to see them so happy.

‘The truth is that there simply isn’t enough room at Kensington Palace for them and I know they have been looking at Windsor as a possibility since before the wedding.’