Sorry to these chefs.

Keke Palmer was less than impressed with her meal at the Met Gala on Monday night.

The first-timer, who hosted Vogue’s livestream on the red carpet earlier in the night, posted a photo on her Instagram Story of the catering and captioned it, “This is why they don’t show y’all the food 🤪 I’m just playinnnn 👀 .”

The picture showcased a small portion of vegetables, including corn, tomatoes, mushroom, cucumbers and some grains. 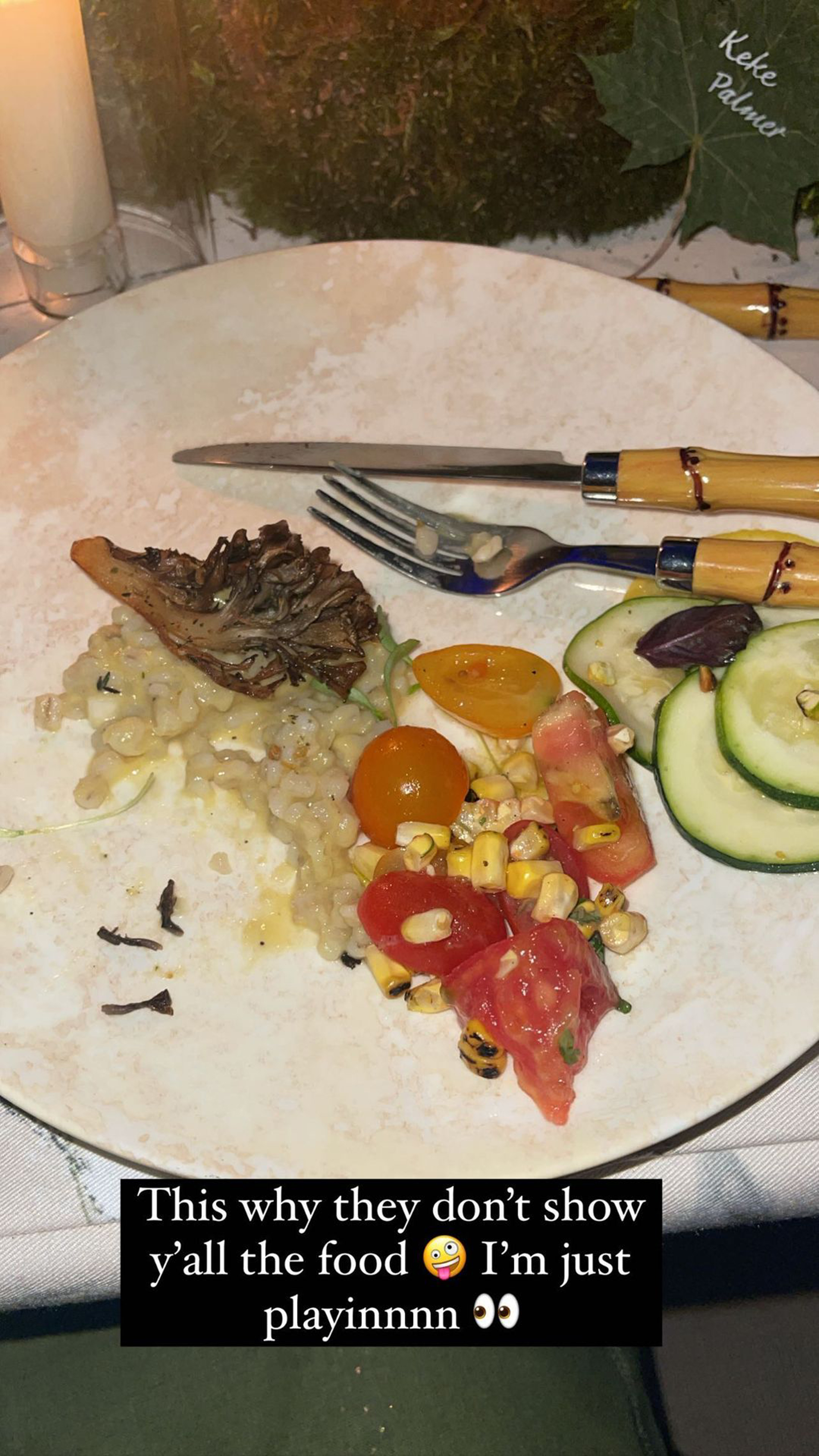 Palmer, 28, posted the image again on Twitter with the caption, “The menu chile.”

The picture drew comparisons to the infamous cheese sandwich handed out at the disgraced Fyre Festival in 2017.

Another replied, “Didn’t the Fyre Festival at least have a cheese sandwich 😭”

A third remarked, “Not me thinking the plate was a tortilla.” 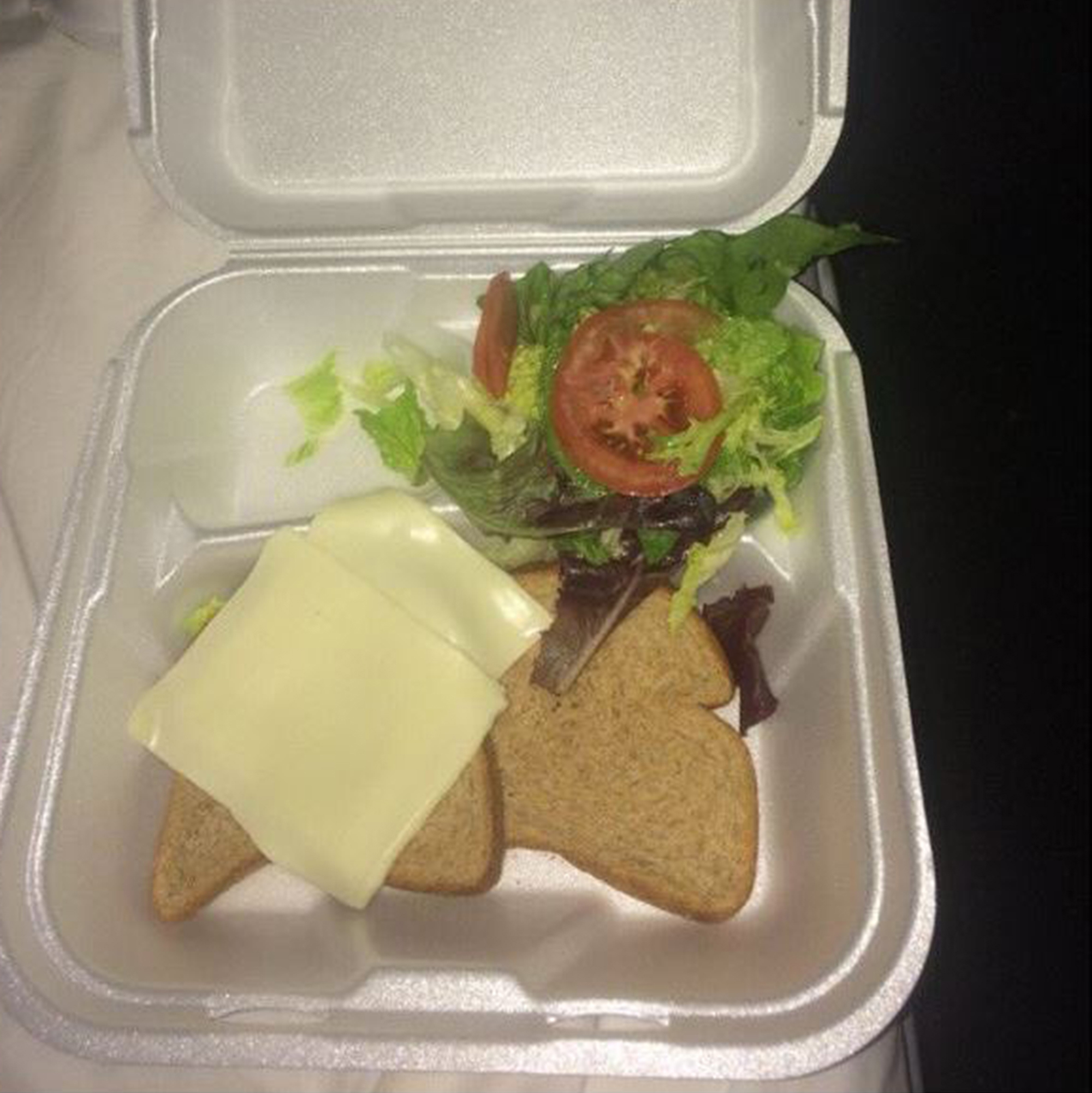 A fourth user pointed out that perhaps Tiffany Haddish was “onto something” when she brought fried chicken in a ziplock bag to the Met Gala red carpet in 2019.

“Last year, I was so hungry,” Haddish, 41, told W Magazine at the time. “This year, I got me a bigger bag. Gonna put some fried chicken in it. Don’t tell nobody till tomorrow. I’ve already called a few people that I know are going like, ‘So, I’m going to bring the chicken. You bring the hot sauce, okay?’”

Perhaps one of the reason’s Palmer’s photo is so shocking is because of the hefty price tag attached to Anna Wintour’s prestigious fundraiser.

Sources previously told Page Six that event-goers have to pay $30,000 to $50,000 per ticket (tables can range between $275,000 to $500,000) — although the costs are usually covered by fashion brands who invite celebrities and models as their guests.

However, this year’s menu for the Met Gala — whose theme was “In America: A Lexicon of Fashion” — was particularly unique because it featured a sustainable plant-based menu with recipes from 10 up-and-coming chefs based in New York City, according to Vogue.com.

The restaurant owners and cookbook authors were all hand-selected by restaurateur-chef Marcus Samuelsson and Bon Appétit.

“After a difficult two years for the restaurant industry, this will showcase the work and tell the stories of a dynamic group of chefs while presenting an exciting menu of delicious, plant-based dishes,” Samuelsson said in a press release ahead of the event. “The gala offers an incomparable opportunity for emerging talent to elevate their careers and share their perspectives and craft.”

The menu items listed in the article that were set to be featured at the gala, included a Niçoise-inspired salad, gimbap, coconut custard with tahini-lime Streusel and roasted strawberry jam, Awaze jar noodles, coconut and berry pavlova, and naz khatoon.

A rep for Vogue did not immediately return Page Six’s request for comment.