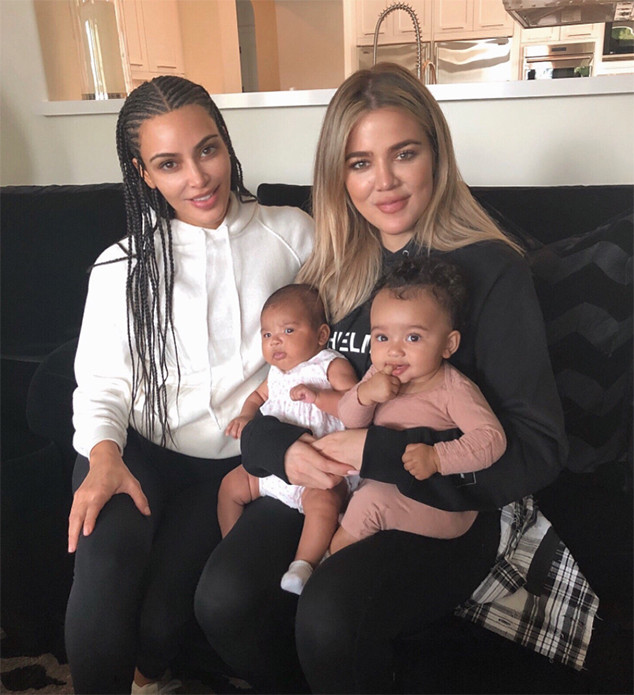 Khloe Kardashian is standing up for her sister.

The Keeping Up With the Kardashians star took to social media to respond to a comment about Kim Kardashian‘s daughter, Chicago West, who she and husband Kanye West welcomed almost a year ago via a surrogate. On Sunday, Kim shared a childhood photo of herself on Instagram with the caption, “Baby K.”

In response, Kylie Jenner commented, “Omg Chicago,” indicating that she thinks the mother-daughter duo look alike. But one social media user didn’t agree with Kylie’s comment, writing that Chicago “would either look MORE like Kanye or the surrogate mother.”

Khloe told the social media user, “If you don’t really know about someone’s situation then maybe you shouldn’t comment. Try informing yourself first before you make such silly statements doll.”

“Your passive wanna be petty comment is simply uneducated,” Khloe continued. “Chicago is completely Kimberly’s biological child. Praise the lord she was able to have a surrogate and that we are blessed with sweet gorgeous Chi Chi.” 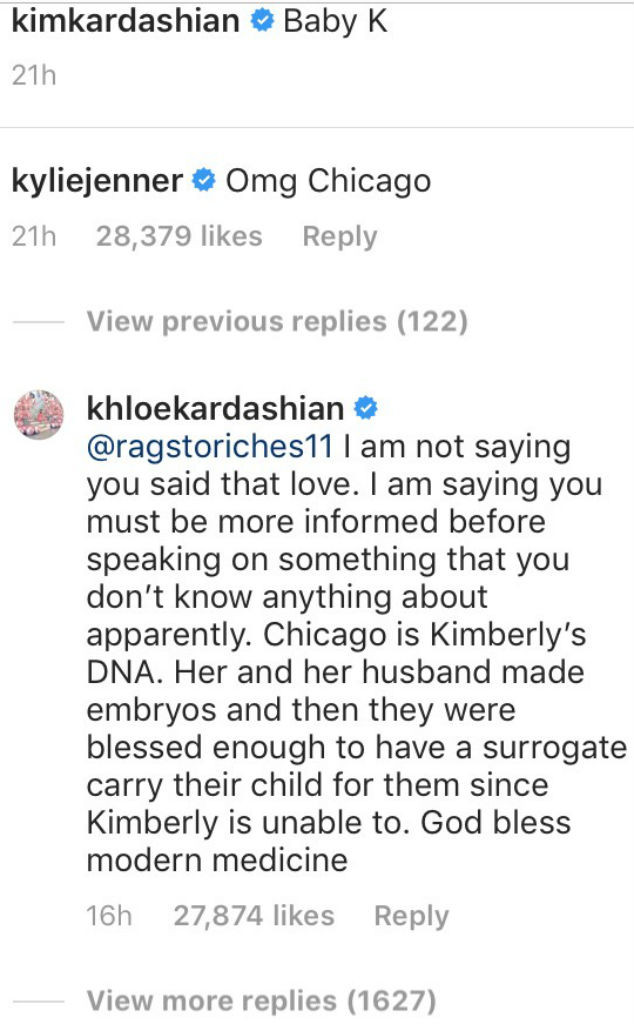 After seeing Khloe’s comment, the social media user replied, “I never said the baby wasn’t beautiful [face with tears of joy emoji] SHE DEFINITELY IS, but she did have a surrogate so the baby would either look MORE like Kanye or the surrogate mother. That’s all love.”

“I am not saying you said that love,” Khloe responded. “I am saying you must be more informed before speaking on something that you don’t know anything about apparently. Chicago is Kimberly’s DNA. Her and her husband made embryos and then they were blessed enough to have a surrogate carry their child for them since Kimberly is unable to. God bless modern medicine.”

Kim and Kanye are also parents to North West, 5, and Saint West, 3.