Lamar Odom: Khloé Kardashian ‘could have hollered at me’ for another baby

Tristan Thompson posts about ‘responsibility’ ahead of baby’s birth

Khloé Kardashian recently “liked” a social media video joking it was her mom who exposed Taylor Swift as the celebrity with the worst private jet carbon emissions.

The post — which was shared by Kardashiansocial, a meme account on Instagram — saw Jenner, 66, sitting down for an interview and removing her sunglasses before stoically identifying herself as “Kris f—king Jenner.”

The words atop the comedic clip read, “Who leaked that Taylor Swift’s private jet took 170 flights this year?”

The “like” comes after Swift, 32, was called out for taking the most private jet trips this year, according to a study by the analytics agency Yard.

“Racking up a total of 170 flights since January, Taylor’s jet has amassed a vast 22,923 minutes in the air — 15.9 days,” the website reported on Friday, calling it “quite a large amount” considering the country-turned-pop star “is not currently touring.” 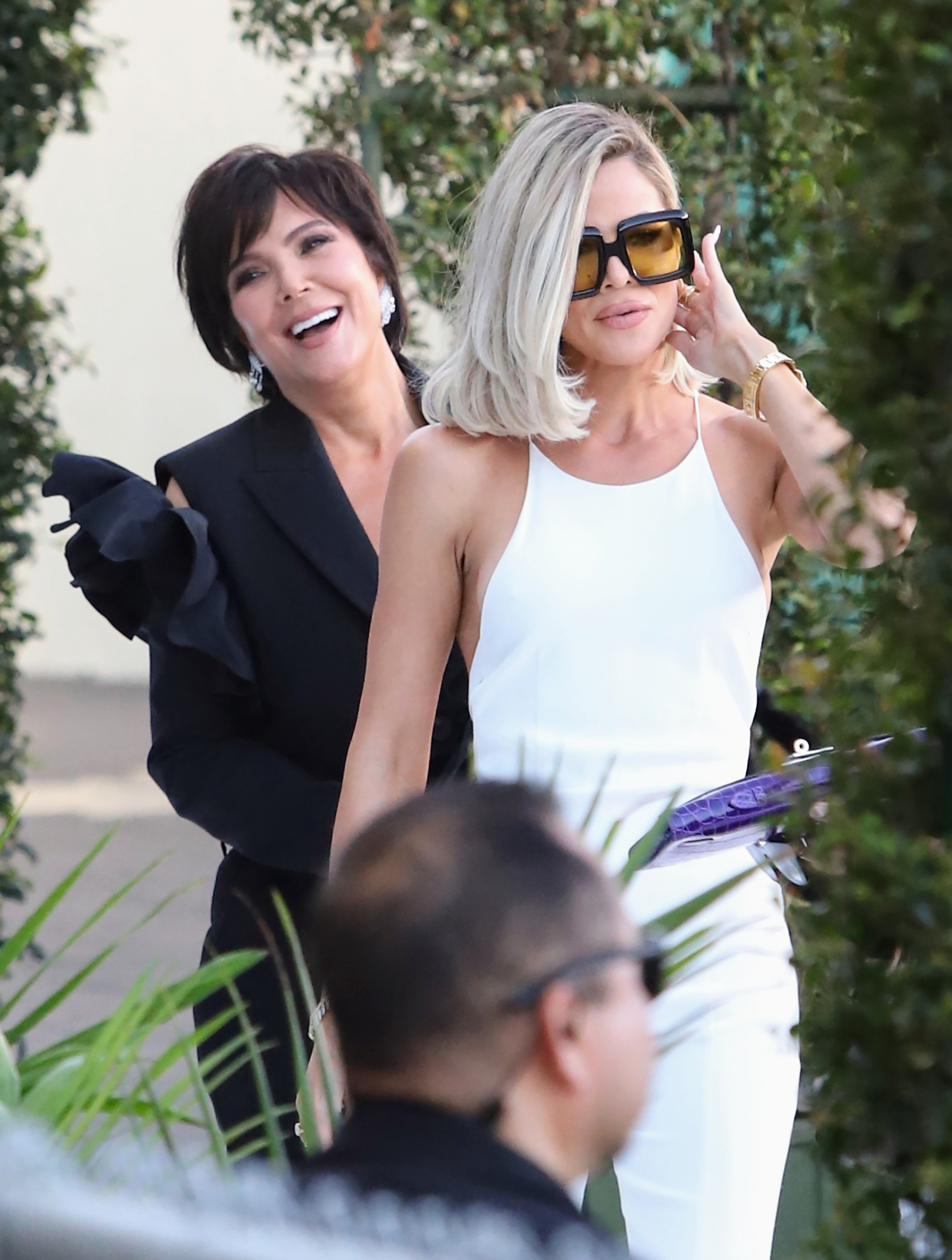 The agency further claimed that Swift’s emissions since the start of the year are 1,184.8 times more than the average person’s total annual emissions and that her shortest flight of 2022 lasted a measly 36 minutes.

Swift’s spokesperson clapped back at the data Monday, telling BuzzFeed News, “Taylor’s jet is loaned out regularly to other individuals. To attribute most or all of these trips to her is blatantly incorrect.” 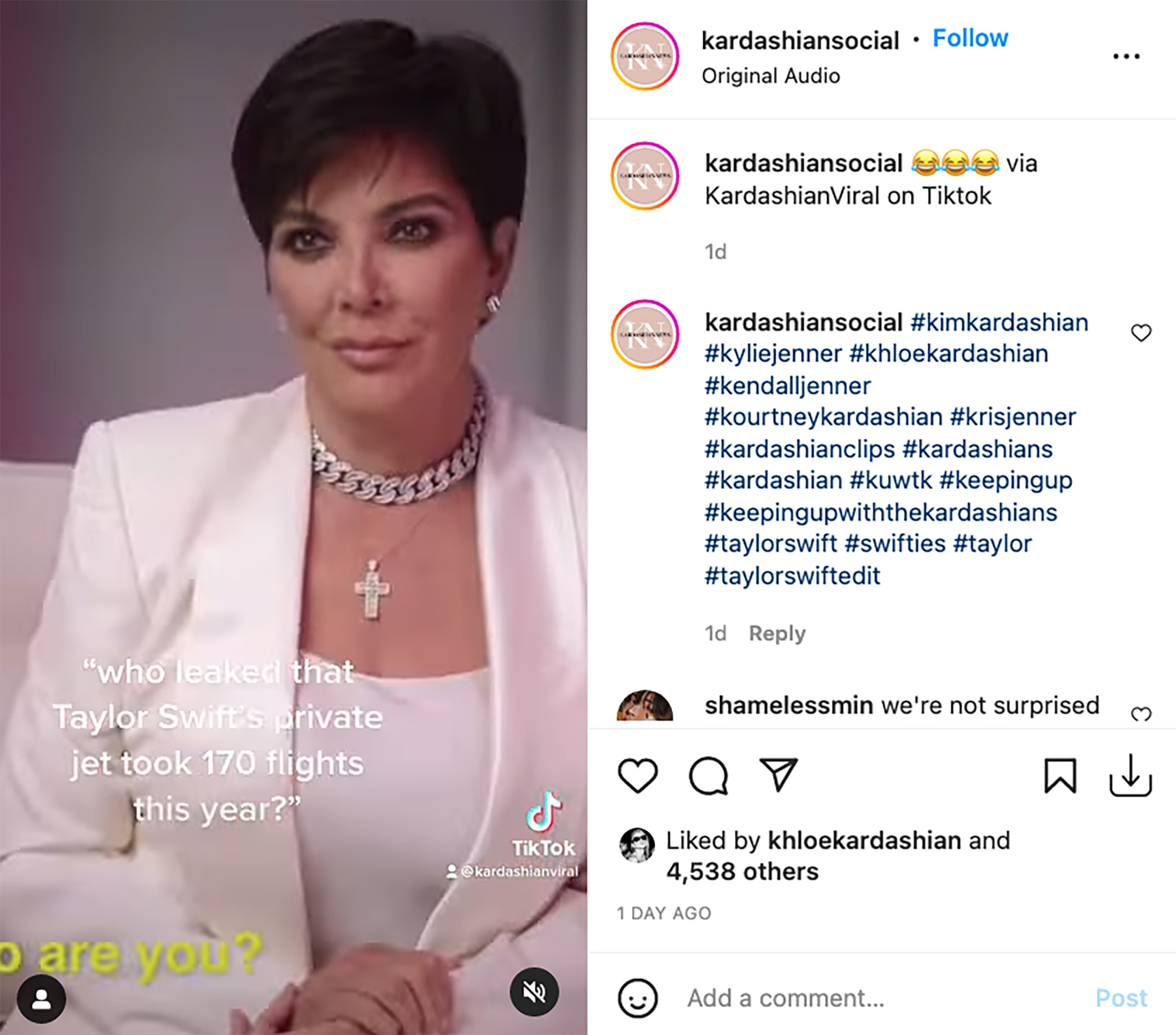 However, many Twitter users argued that it was still her fault as she allowed others to use her jet.

Kim Kardashian also made her way on the agency’s list as No. 7 with Travis Scott, the father of Kylie Jenner’s two kids, as No. 10. 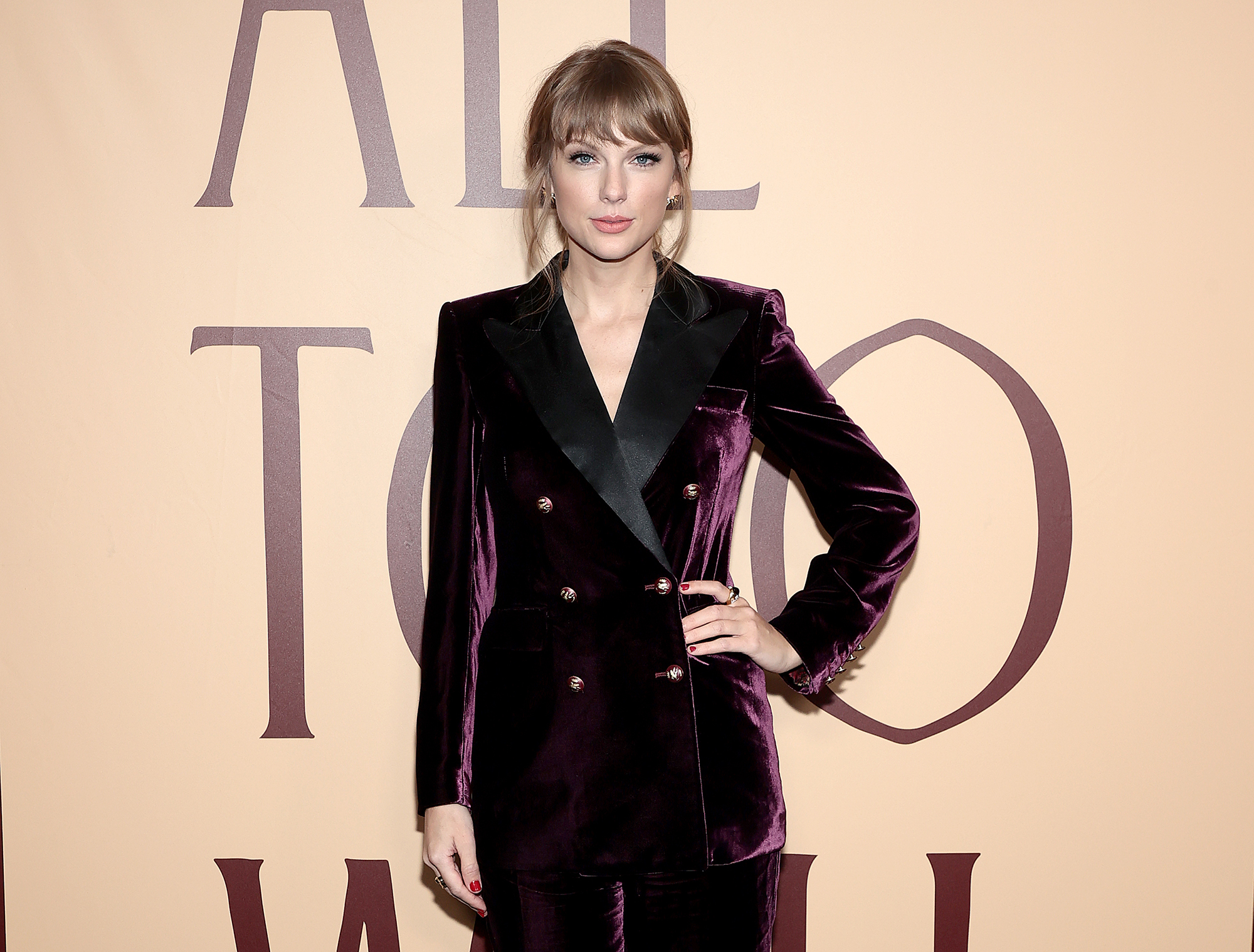 As fans will remember, Swift and the Kardashian-Jenner family, along with Kanye West, feuded for years over his song “Famous.”

The study being published comes shortly after Kylie was blasted for boasting about her and her rapper boyfriend’s private jets. 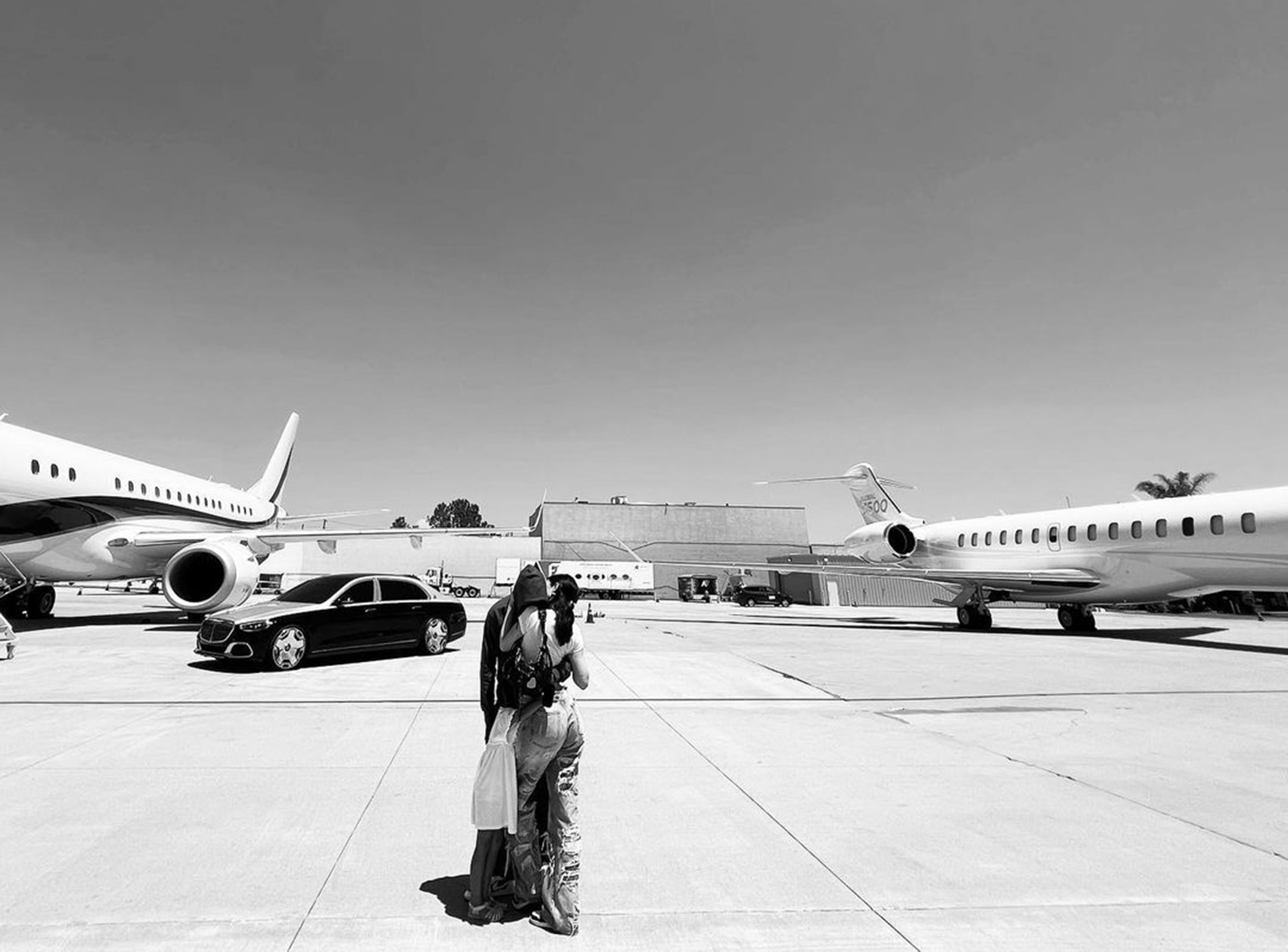 “You wanna take mine or yours?” the makeup mogul, 24, boldly captioned an Instagram photo earlier this month that showed the couple standing in front of their respective planes.

Jenner was quickly dubbed a “climate criminal” by outraged fans — a title she seemingly tried to combat by documenting a super-relatable family trip to Target.