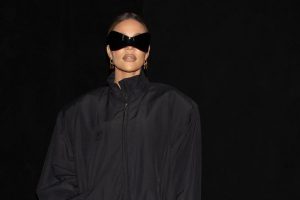 Model, actress, and businesswoman Khloe Kardashian has revealed that she recently underwent a procedure to have a tumor removed from her face.

Khloe revealed in an Instagram story on Tuesday that she recently had to undergo surgery to remove a tumor from her famous face.

The revelation came after Kardashian said she had noticed “numerous stories going around about the ever-evolving bandage on my face.”

Kardashian said she decided to get a “small bump” checked out seven months after realizing “it was not budging,” at first thinking it was “something as minor as a zit.”

RELATED: All Of Khloe Kardashian’s Boyfriends, Ranked By Net Worth

But after consultation with two dermatologists and two biopsies, Kardashian was advised “to have an immediate operation to remove a tumor” from her face, noting that what the doctors were seeing “was incredibly rare for someone my age.”

“After noticing a small bump on my face and assuming it was something as minor as a zit, I decided to get it biopsied 7 months after realizing it was not budging,” Kardashian wrote next to a close-up shot of the bump.

Kardashian continued, explaining that she had the bump biopsied after two dermatologists deemed the bump an “incredibly rare” condition for someone her age.

“A few days later I was told I need to have an immediate operation to remove a tumor from my face,” she went on. Kardashian said she chose Beverly Hills surgeon Dr. Garth Fisher, a “dear friend” of her family to perform the surgery.

“I’m grateful to share that Dr. Fisher was able to get everything — ll my margins appear clear and now we are onto the healing process,” the reality star wrote.

“So, here we are…you’ll continue to see my bandages and when I’m allowed, you’ll probably see a scar (and an indention in my cheek from the tumor being removed),” she added, “but until then I hope you enjoy how fabulous these face bandages look.”

On the next slide, the mother of two wrote she was “grateful” to her surgeon.

Khloe also noted that she’s only sharing her health scare publicly as a reminder to get checked frequently. “At 19 years old, I had melanoma on my back,” she recalled, “and I had a surgery to remove that as well, so I am pre-composed to melanomas. Even those who are not, we should be checking all the time,” per E! News.

“All my margins appear clear and now we move on the healing process,” she wrote.

“You’ll continue to see my bandages and when I’m allowed, you’ll probably see a scar (and an indentation in my cheek from the tumor being removed) but until then I hope you enjoy how fabulous I’m making these face bandages look.”

In one selfie, Kardashian is seen with a small rectangular white bandage covering her right cheek. 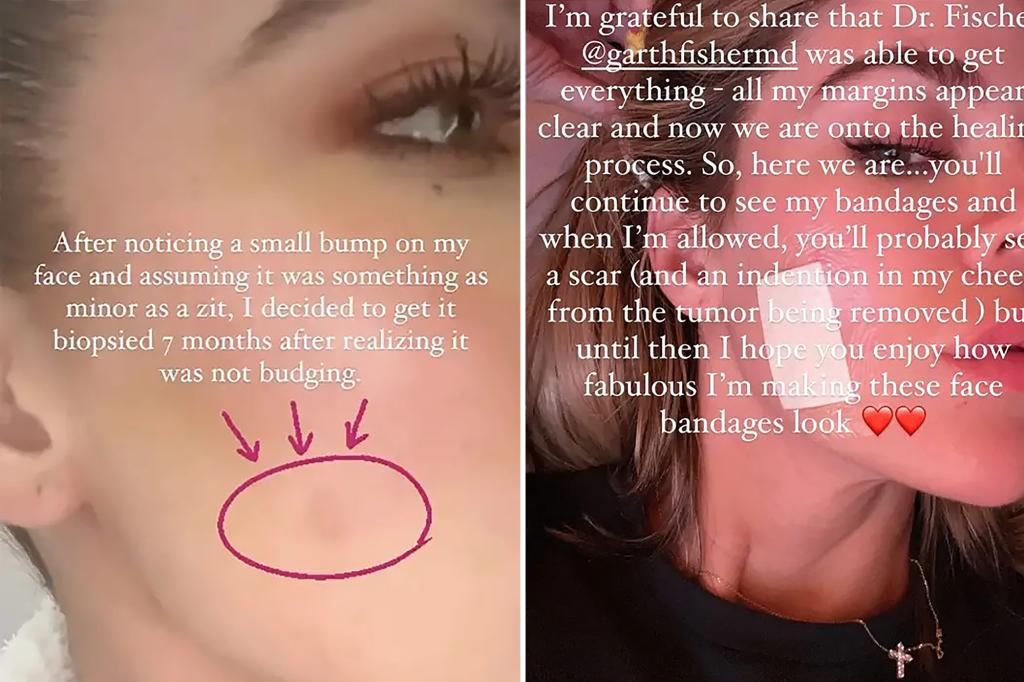 Later in her stories, the Good American founder wrote that she is sharing her story so that she “can remind everyone to get checked, and frequently.”

Kardashian said she had a melanoma removed from her back when she was 19 but advised even those who are not predisposed to skin cancer to “be checking all the time.”

“I was lucky and all I have is a scar to tell a story with,” she said. “Most people aren’t as lucky as me and I am forever thankful.”

The mom of two concluded her posts by thanking her doctors, adding that she’s lucky they caught it early. “Most people aren’t as lucky as me,” she wrote, “and I am forever thankful and grateful.”

READ NEXT: Zoey Deutch Loses $300,000 Worth Of Cash And Jewelry After Burglars Broke Into Her House