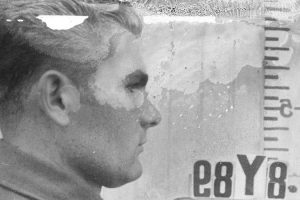 Australia’s intelligence community has conceded it is breaching laws governing how some of the nation’s most important historical documents are stored, revealing more than 10 kilometres of classified documents are gathering dust and may never be made public.

Documents released to The Sydney Morning Herald and The Age under freedom of information laws show the Foreign Affairs Department, Defence, ASIO and other intelligence agencies all believe more money has to be sunk into preserving historical records and changes made to the nation’s archives laws. 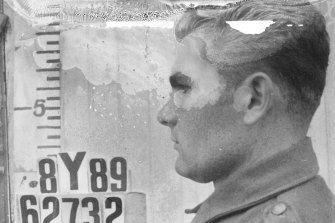 This nitrate negative of Italian prisoner of war Gaetano Bastianelli is just one of many held by the Archives, at risk of disintegrating.Credit:National Archives of Australia

The documents informed the Tune review of the National Archives, which was commissioned over concerns the institution, struggling under years of funding cuts, was unable to protect unique historical records or keep up to date with demands from the public.

Earlier this year, an emergency $67.7 million was approved to help the institution fast-track the protection of its most at-risk documents. They number more than 270,000 and include motion picture films, magnetic reels and photographs.

The Tune review urged more investment, worth up to $170 million, in areas including cybersecurity and the examination of a high-tech fifth generation digital archive. The government is yet to make a final decision on this extra funding.

A constant complaint outside of the deteriorating condition of documents has been the long delay accessing them or even finding particular archives. In the case of the Foreign Affairs Department, it had 18,000 outstanding applications to access documents, some of them more than five years old.

The intelligence community submissions reveal the departments, which in many cases have to vet archival records “word-by-word” for security issues, know that they are breaching the Archives Act.

“The Australian Intelligence Community and Foreign Policy agencies indicated that, despite their best efforts to meet the record-keeping standards and obligations imposed on Commonwealth agencies under the (Archives) Act, they were no longer able to do so,” a summary by Mr Tune says.

“A disproportionate amount of this data will be retained through means that breach the Act, exposing agencies to a rising number of financial, legal and reputational risks.“.

The challenge facing archivists, historians and the departments is enormous.

The foreign affairs department revealed it has one million hard-copy files, the majority of which are classified, stored on more than 10 kilometres of shelves in Canberra, state capitals and in overseas embassies. The storage costs in Canberra alone are $230,000 a year.

The department believes it will “never be resourced sufficiently” to review these archives so that they can be publicly released.

There are another 24 kilometres of Foreign Affairs records held by the National Archives, many of questionable value.

But the department isn’t allowed to get rid of anything it’s already held for 15 years or more without express approval from the Archives.

“Retention of insignificant material hinders efficient records examination and processing, slows disclosure decisions and delivers a poor product as documents of real value are often buried in the ephemera, impairing the ability of applicants to quickly find the significant material they are seeking,” DFAT said in its submission.

The agencies want more guidance on how they should be deciding what to keep and the best way to store digital records, However, Defence and DFAT both noted information management training the Archives used to offer departments has either stopped or “not kept up with process in the industry” and doesn’t meet their needs.

An international diplomatic storm erupted last week after the release of a private text message from French President Emmanuel Macron to Prime Minister Scott Morrison. It followed Mr Macron’s claim that Mr Morrison had lied to him about a $90 billion submarine contract.

The Foreign Affairs Department submission, which was lodged before the Macron text was revealed, suggests such a leak will have long-term repercussions, not just with France but other nations.

“Public disclosure of sensitive material could put at risk Australia’s relations with foreign governments and lessen confidence in Australia’s ability to protect confidential information,” it said.