Kanye West posts pics of Kim and kids, begs to bring family ‘back together’

Kanye West: My daughter North is on TikTok against my will

North West has expanded beyond her controversial Bob Ross-inspired painting with an “emo” piece of artwork proudly shared by mom, Kim Kardashian, during her latest house tour with Vogue.

In addition to re-sharing the 8-year-old’s aforementioned piece, Kardashian, 41, revealed a charcoal drawing by the precocious third-grader that she created while isolated in her room recovering from COVID-19.

“It’s a charcoal, maybe that was just her emo mood,” Kim said of the experimental artwork.

“I love seeing the different personality [sic] and the moods and everything that she goes through, and is feeling, it’s really been an amazing hobby of hers.”

Followers of the SKIMS founder were initially skeptical of her claim that North produced an impressive landscape painting last year, only for it to be confirmed by one of Kim’s besties — as well as the daughter of her art teacher.

Meanwhile, Kardashian was recently challenged to defend her parenting skills when her estranged husband Kanye West publicly questioned North’s activity on TikTok, believing that West’s attempt to bring the kids into their divorce drama is potentially more damaging than her eldest being on the social media app with her supervision.

“Kanye’s constant need for attacking me in interviews and on social media is actually more hurtful than any TikTok North might create,” Kardashian said in a statement at the time.

“As the parent who is the main provider and caregiver for our children, I am doing my best to protect our daughter while also allowing her to express her creativity in the medium that she wishes with adult supervision — because it brings her happiness.” 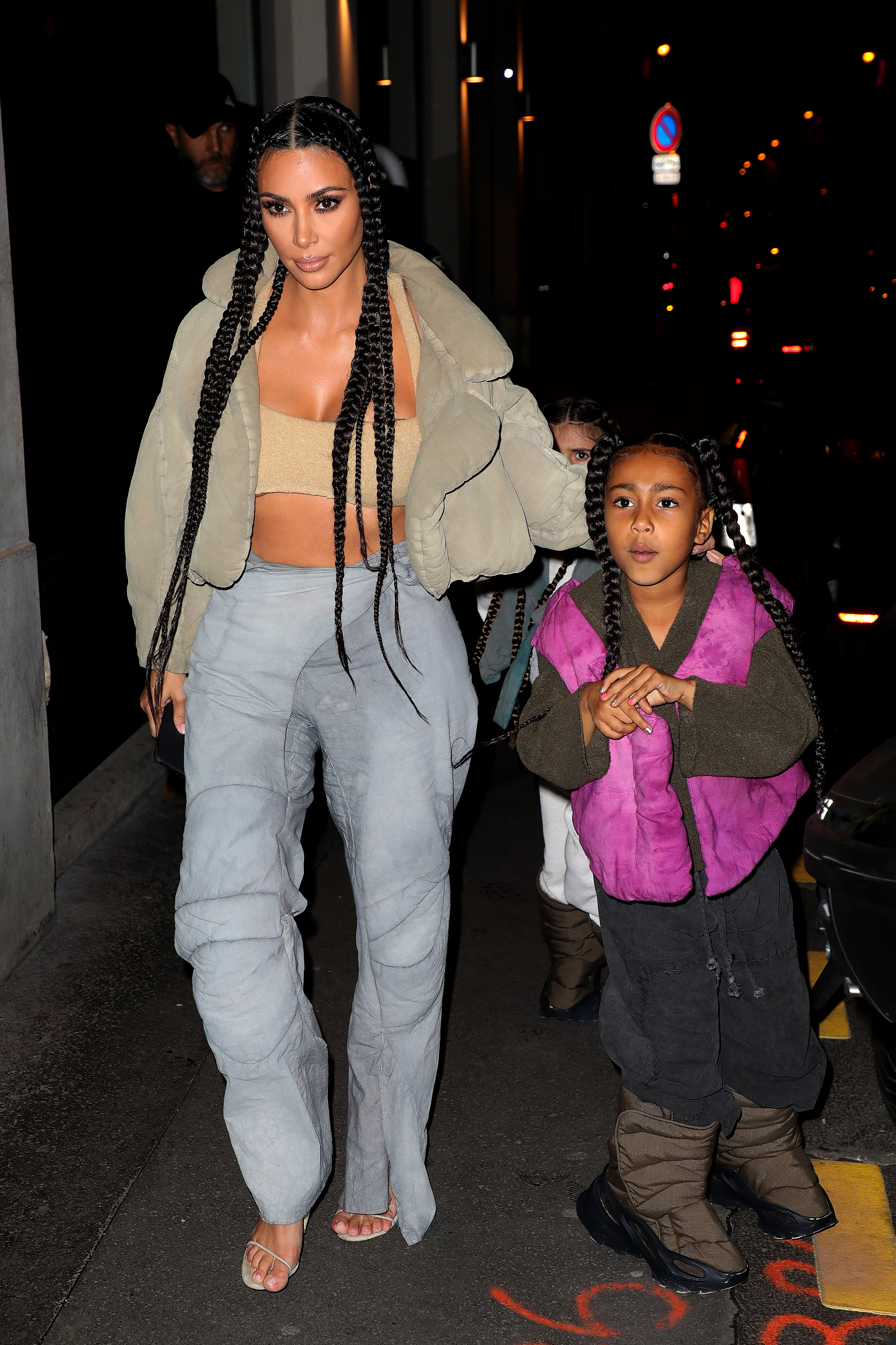 She continued, “Divorce is difficult enough on our children and Kanye’s obsession with trying to control and manipulate our situation so negatively and publicly is only causing further pain for all.”

West also accused the mother of his four children of kidnapping his youngest daughter, Chicago, and yet continues to beg the beauty for another chance as he berates her current boyfriend, “Saturday Night Live” player Pete Davidson.

In addition to North and Chicago, the pair of exes share sons Saint, 6, and Psalm, 2.