Kourtney Kardashian and Scott Disick’s sons, Mason and Reign Disick, both celebrated their birthdays on Friday, Dec. 14, and the whole Kardashian family is joining in on the fun. Kim Kardashian’s birthday tribute to Mason and Reign includes some sweet photos of the boys, and it’s clear that she’s a doting aunt to her young nephews.

As People noted, Reign turned 4 years old on Friday, while Mason turned 9. In her birthday post for the boys, Kim wrote,

Not many siblings can say they have the same birthday years apart. But these two probably don’t mind sharing their special day with one another, especially since they’re being showered with love by the whole family.

Kris Jenner and Khloé Kardashian also posted birthday tributes for Mason and Reign. Khloé shared a series of photos of the boys on her Instagram Story, along with a photo of the birthday note she left Mason. "I love you as much as you love Fortnite," she joked in the card. 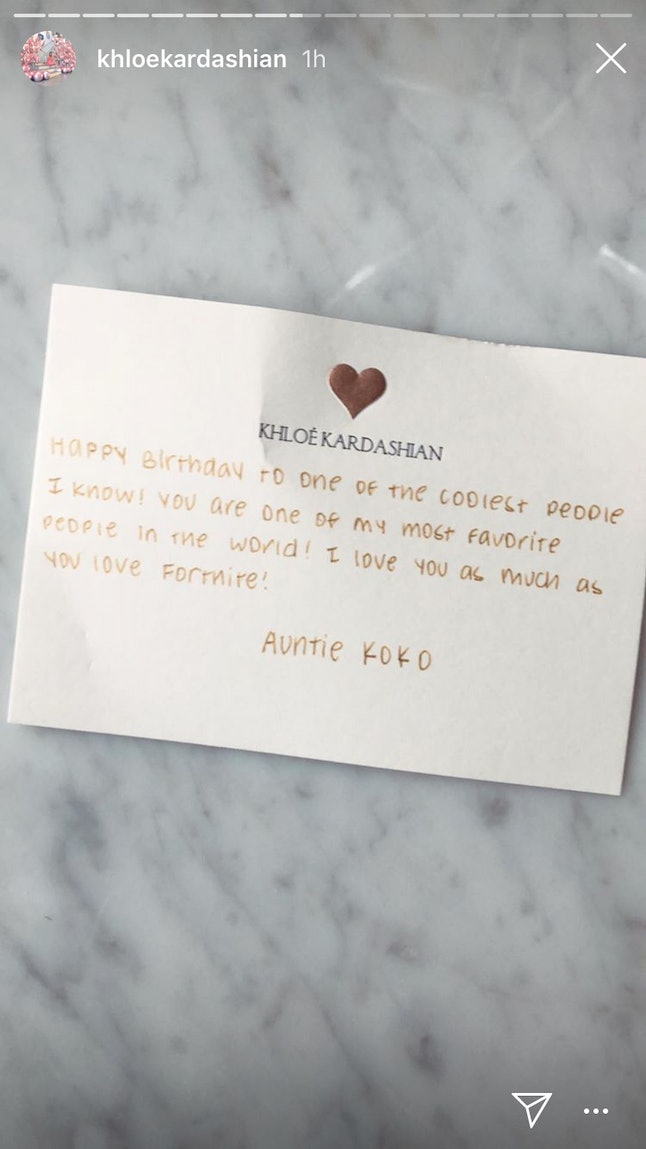 Kris, meanwhile, shared a collage of photos of the two grandkids. She wrote in her Instagram caption,

Scott Disick, meanwhile, honored his sons’ birthday by sharing a photo of the two of them on a boat together. "Happy birthday my loves! ❤️," he captioned the photo.

Earlier this month, the Kardashian family threw a joint birthday party for Reign and Saint West, who turned 3 on Dec. 5. The party was at Kim’s house, and she’s been sharing photos from the event over the last week and a half.

In a new photo of herself and Saint that Kim posted Friday, you can see the jungle-themed cake, as well as a tray of cake pops, in the background.

Kim also used the boys’ birthday to make a joke about the Kardashian family’s lack of Christmas card this year. Although staging an elaborate photoshoot for their holiday card seems to be a Kardashian-Jenner family tradition, Kim tweeted in November that there likely wouldn’t be one.

A fan suggested on Twitter that with all of the family’s "drama," there might not be a card this year, and Kim retweeted the message, adding, "Wow reading my mind."

But in her Instagram Story on Thursday, Kim took a different tone about the holiday tradition, even if it was just a joke. "Shall I force the family to shoot a Christmas card today?" Kim wrote on Instagram, over a photo of her, Khloé, and Kris.

She also added a poll, which shows an overwhelming response from fans longing for a Kardashian Christmas card: 92 percent of people responded "yes" at the time of reporting. 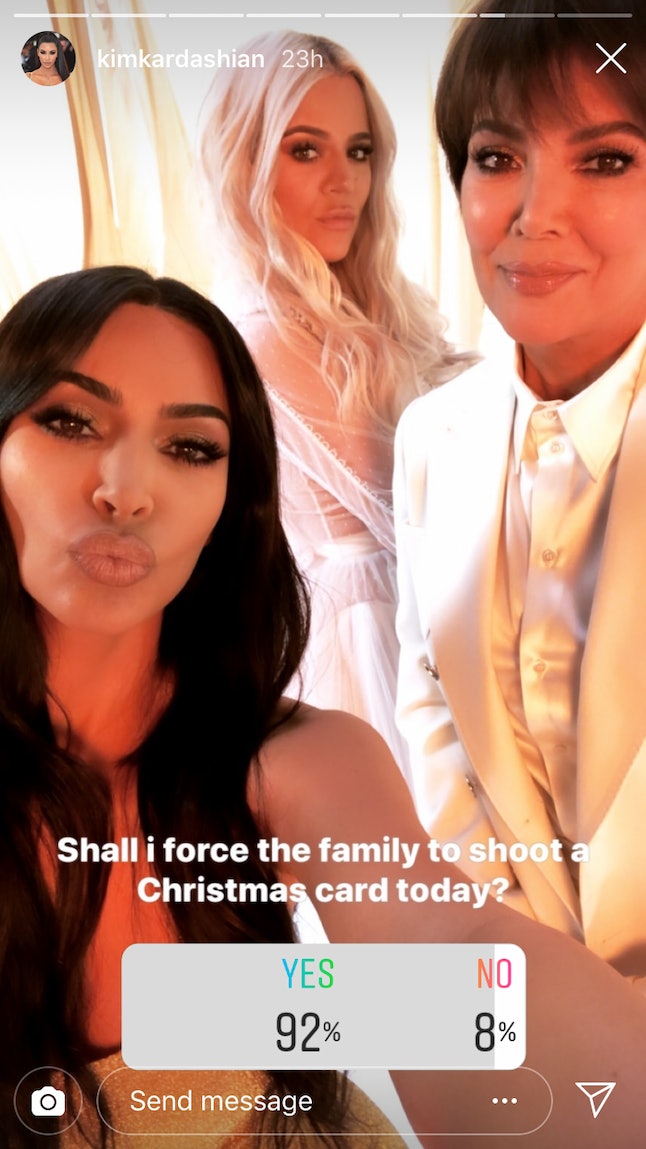 Even if there’s no card from the whole family this year, it looks like they’re spending plenty of time together over the holiday season. Despite all the drama the family’s been through this year, they’re always there for each other, as the birthday posts for Mason and Reign show.