Kristin Davis has played Charlotte York for over two decades, but some “Sex and the City” fans can’t seem to deal with the cast growing older.

“It can be extremely stressful to be aging and to be compared to your much, much, much younger self,” the “And Just Like That” actress, 56, told NewBeauty of the chatter surrounding her and her co-stars’ appearances.

“If I was from a regular life, I would feel fine; I would feel great! I’m healthy, I’m strong, I’ve got this little 3-year-old son, and I carry him around and it’s all good — but, no, I’m on television, where every bit of my physical being is analyzed,” she continued.

“That part was always very stressful and difficult for me, because, as much as I can look back on my life and think, ‘Oh, I looked great then,’ you never think that at the time. I guess no one does.”

Davis, Sarah Jessica Parker and Cynthia Nixon have all found themselves at the receiving end of ageist commentary regarding their looks ever since the first on-set photos from HBO Max’s reboot hit the internet.

“I have bad days; I have days where I literally want to put my face in a bowl of ice like Joan Crawford,” the star quipped, adding that paparazzi are constantly angling for unflattering shots of the trio during long days on set. 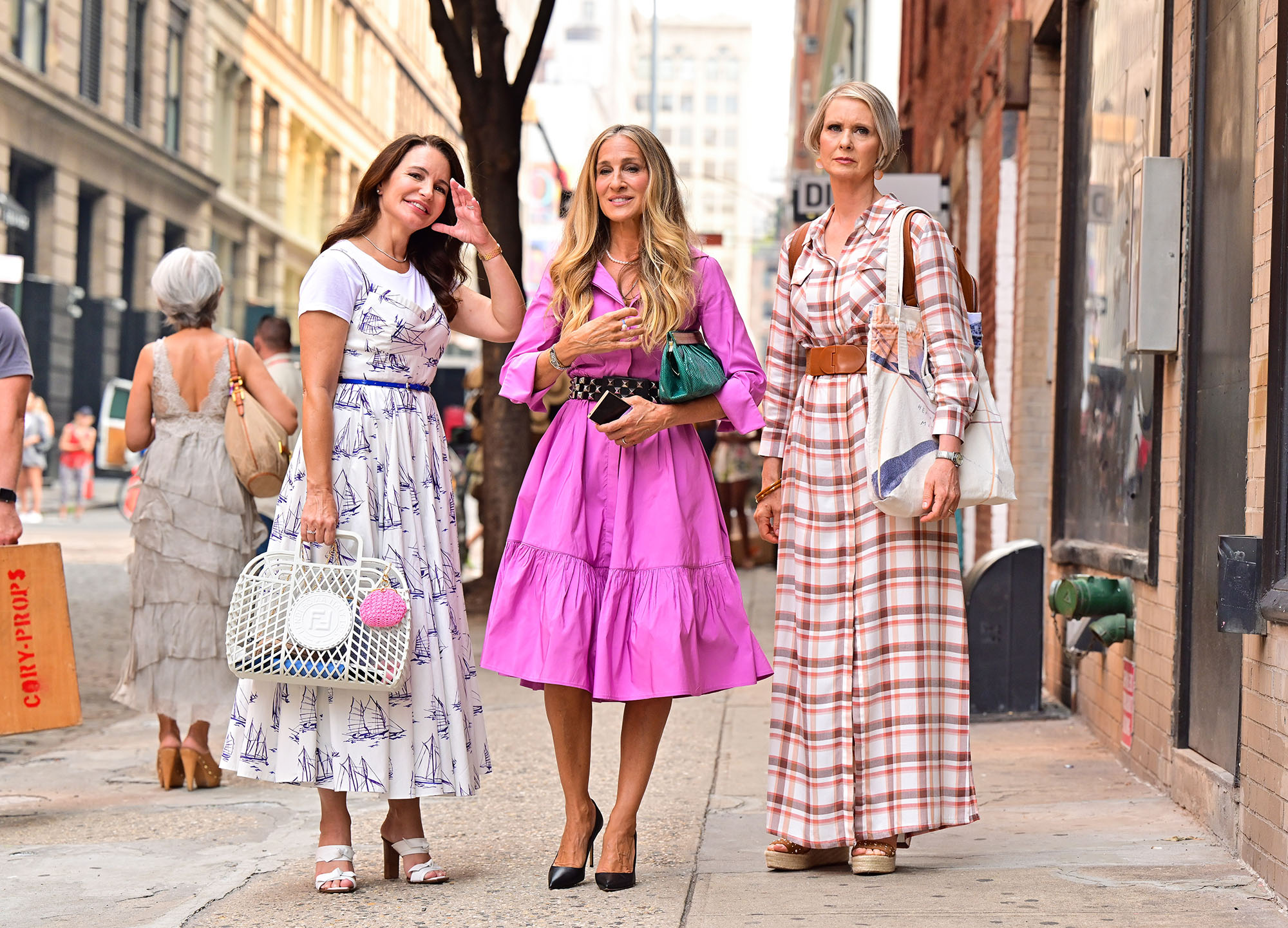 Davis recognized that this isn’t an isolated issue; women, whether famous not, have long been held to impossible beauty standards.

“I like to think there’s more to life than how we look, but it’s unavoidable in our culture that, as you age — especially as a woman — that how you look is a lot. It’s a whole, bigger cultural conversation we need to have, but, right now, it’s hard,” she said.

And while “And Just Like That” newcomers Sarita Choudhury and Nicole Ari Parker have said they felt “sexy” and “empowered” portraying 50-something professionals on the series, Parker, 56, has similarly spoken out about the hurtful comments the cast has received.

Continued SJP, “It almost feels as if people don’t want us to be perfectly okay with where we are … whether we choose to age naturally and not look perfect, or whether you do something if that makes you feel better. I know what I look like. I have no choice. What am I going to do about it? Stop aging? Disappear?”