Kylie Jenner waiting to find out sex of baby No. 2

From selling swimwear to starting off spooky season.

The makeup mogul teased the horror flick-inspired line on Tuesday, sharing a video of herself nude and covered in fake blood.

Kris Jenner dubbed her daughter “Halloween Queen” in the comments, while sister Khloé Kardashian commented, “My spooky queen !!!!!” on the creepy clip, which appeared to be shot before the Kylie Cosmetics founder announced her second pregnancy and debuted her baby bump in September.

Jenner also struck a pose in a red patterned catsuit inspired by the 1984 movie’s villain, Freddy Krueger. She completed the skintight style with long Krueger-like metallic claws, captioning the photo, “ahhh what a DREAM to collaborate with the icon of horror!”

The collection, available to shop on Oct. 12 at 3 p.m. PST, comes in VHS-shaped packaging and features a lip lacquer trio, a pressed powder palette, false eyelashes, and lip and cheek jelly stain.

Perhaps the nightmare-themed collaboration will earn a dreamier reception than another one of Jenner’s latest lines, Kylie Swim. 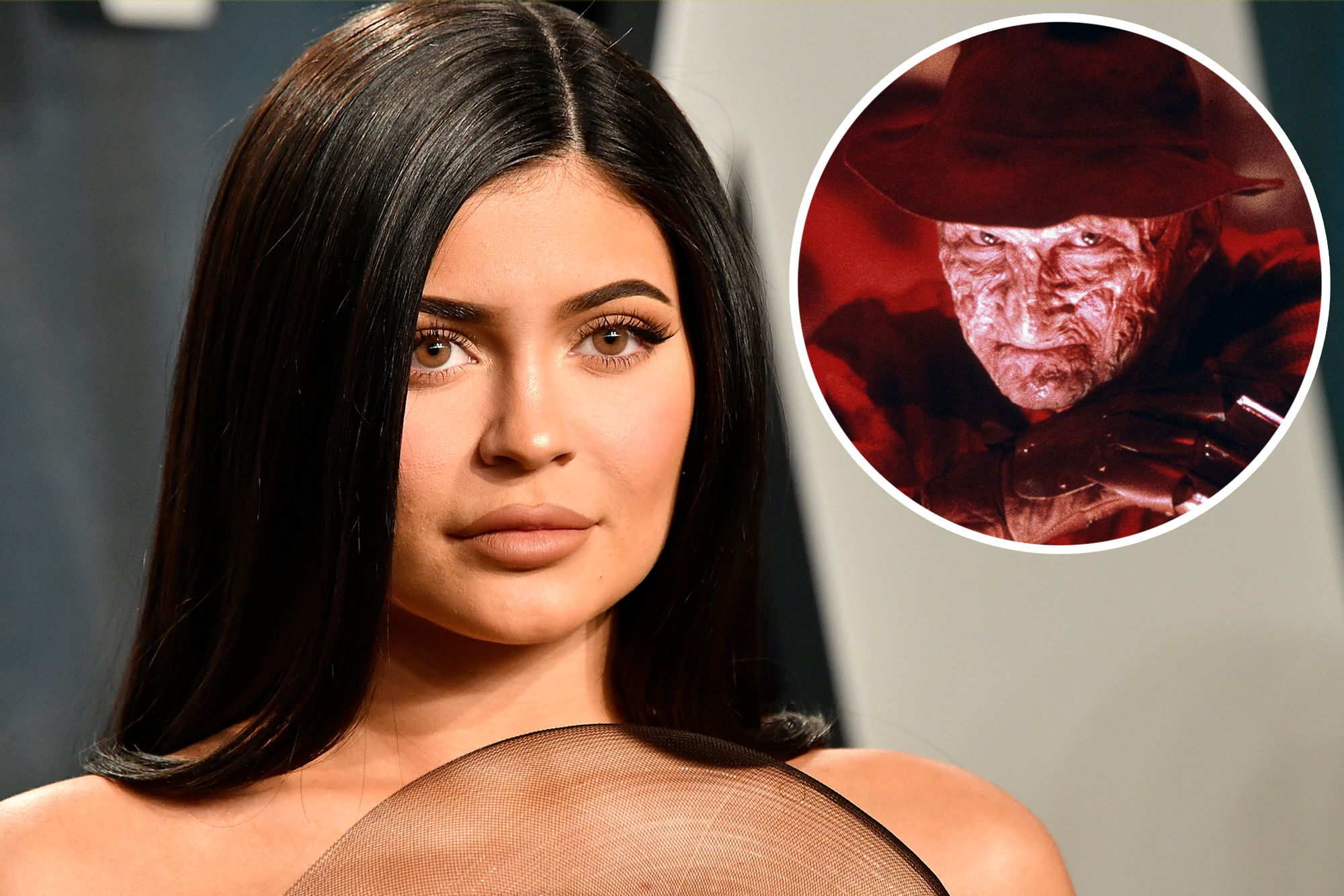 The much-hyped launch didn’t exactly go swimmingly, as a series of largely negative reviews rolled in after the release, slamming the quality of the designs.

Perhaps her horror movie-themed line will have a fan in Kourtney Kardashian, as the Poosh founder is known to rock vampire teeth regardless of the season.