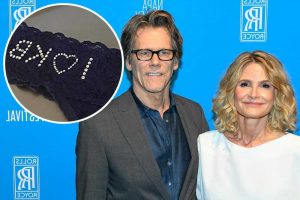 Best star snaps of the week: The furry and the famous

This thong is certainly less than six degrees separate from Kevin Bacon.

Bacon quite literally put wife Kyra Sedgwick’s dirty laundry on Instagram Sunday, when he posted a photo of a blue lace thong with “I [heart] KB” spelled out in sequins.

“Sometimes doing laundry can be fun and full of surprises,” he wrote, snapping a photo of the personalized panties atop a washing machine.

“Thanks for airing my dirty laundry 😉❤️,” Sedgwick commented on her husband’s cheeky snap, prompting him to reply with a heart.

Followers were amused by the “Footloose” star’s snap, with many pointing out the reflection of Bacon’s face in the laundry knob, which one called “Artsy AF.” 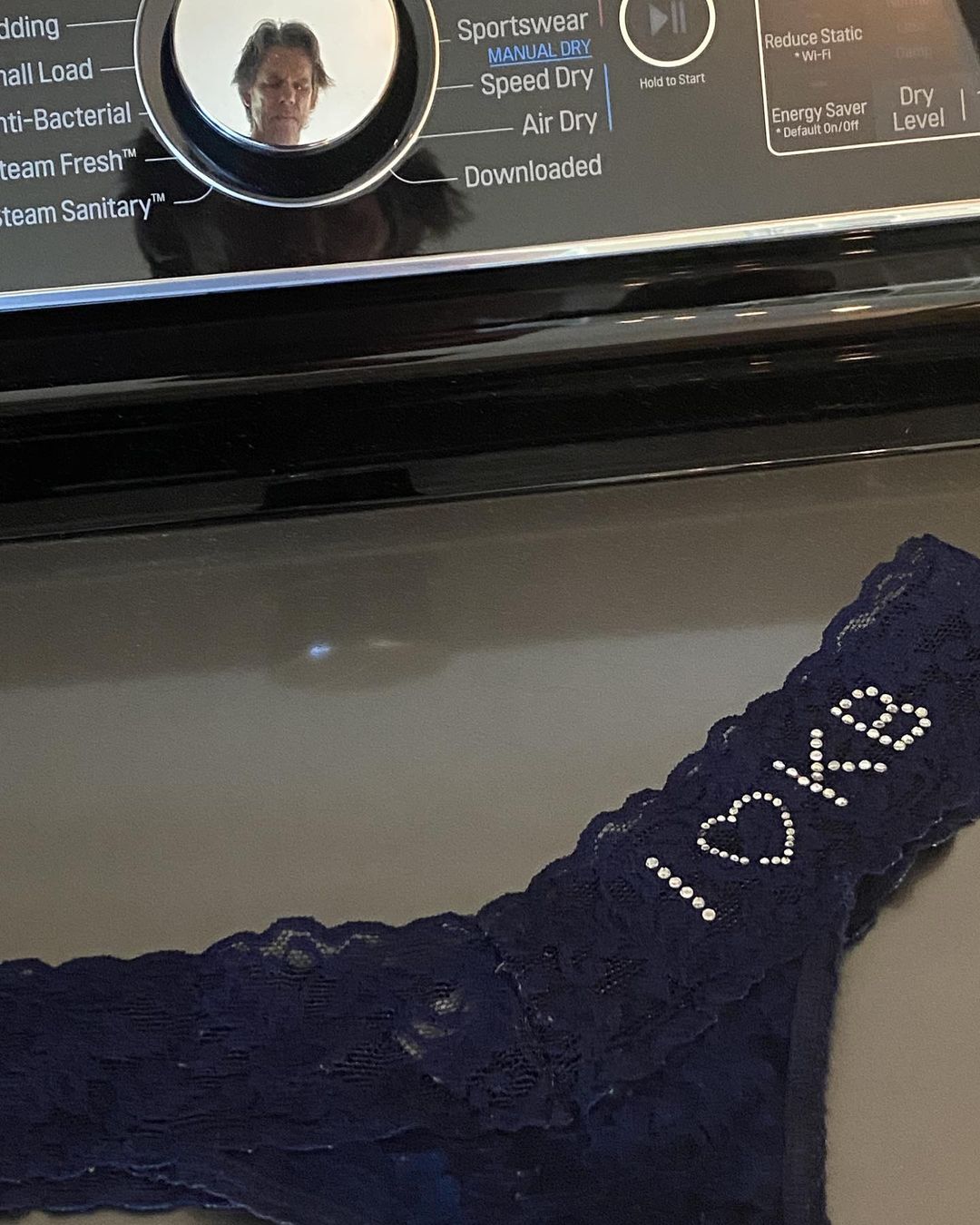 Others joked that the underwear could be a tribute to a different famous “KB,” with one writing, “Ken Burns?” while another added, “I am a fan of Kim Basinger too.”

“I think those should be hand washed!” a different commenter quipped of the monogrammed lace.

The superstar couple, who celebrated their 33rd wedding anniversary earlier this month, certainly seem closer than ever.

In January, Sedgwick revealed that she let her husband give her a bikini wax during quarantine because he is “incredibly handy” and “knows how to fix stuff.”

The pair instead ended up in a sticky situation, which Bacon later called, “really, frighteningly dangerous” despite him being, “cocky enough to think I can probably learn to do anything.”

No doubt Bacon was happy to be on laundry duty instead this time.