Labour councillor proposes to his girlfriend in the middle of meeting

Love is on the agenda! Labour councillor proposes to his girlfriend of more than two decades in the middle of town hall meeting

Manchester council’s final meeting of 2018 had more than the usual discourse of local politics – because a marriage proposal was on the agenda today.

Clayton and Openshaw councillor Sean McHale, one of the city’s newest councillors got down on one knee and popped the question to his girlfriend of more than two decades Donna Ludford, a fellow Labour councillor in the same ward.

After the Lord Mayor, June Hitchen, had ordered councillors to stay in their seats for one final item of business, Coun McHale unexpectedly jumped to his feet.

A gobsmacked Cllr Ludgate said yes to the romantic proposal, which her now fiance said he should have done ’23 years ago’. 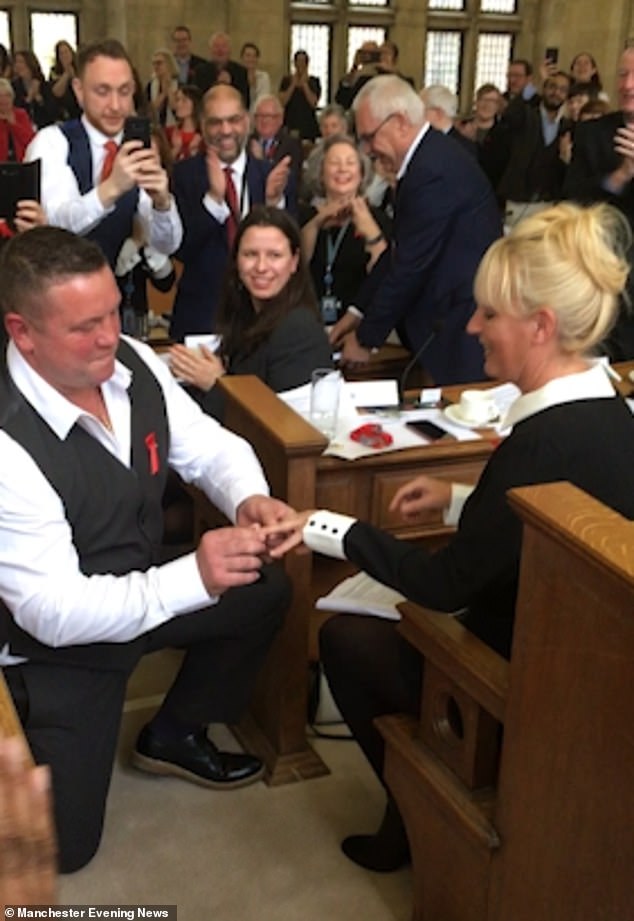 Clayton and Openshaw councillor Sean McHale, (left) proposed to his girlfriend of 23 years Donna Ludford (right), a fellow Labour councillor, in the middle of Manchester Council’s final meeting of the year on Wednesday

More than 90 other councillors looked on in amazement, Cllr McHale he got down on bended knee.

She told the Manchester Evening News that she was completely unaware her other half had been planning the gesture, instead simply thinking he was worried about getting up to make his maiden speech earlier in the meeting.

‘I thought he was nervous about his speech, I kept saying ”you’re going to be fine”. I certainly didn’t think he would propose to me in the council chamber.’ 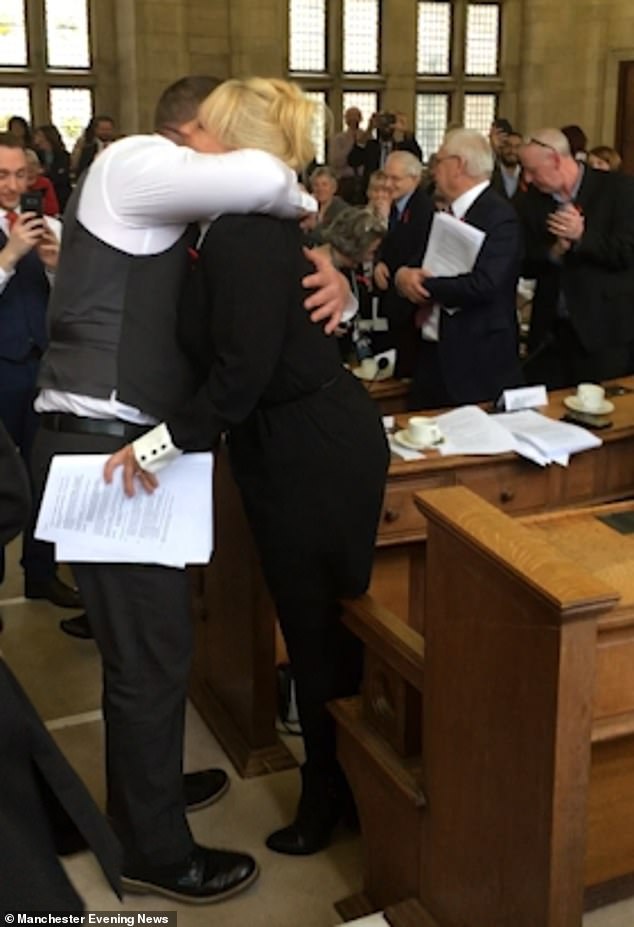 Cllr Ludford (right) said she was gobsmacked by the proposal, which her now fiance (left) had managed to keep a complete secret 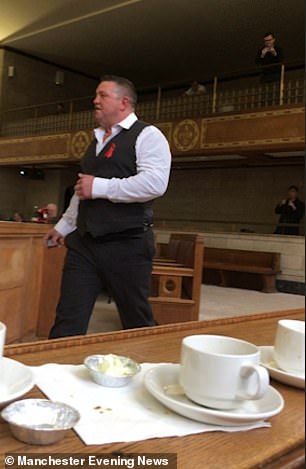 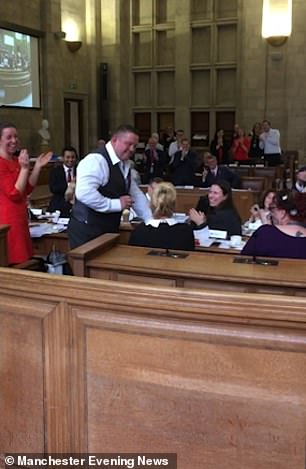 The happy couple’s first meeting in 1995 was almost as unlikely as their eventual engagement.

Cllr McHale had been hours away from jetting out of Britain altogether to pursue professional boxing in Lanzarote, when he laid eyes on his future wife.

‘I was on my way to leave the country, having a leaving party at the Ritz,’ he said, calling their first meeting ‘love at first sight’. 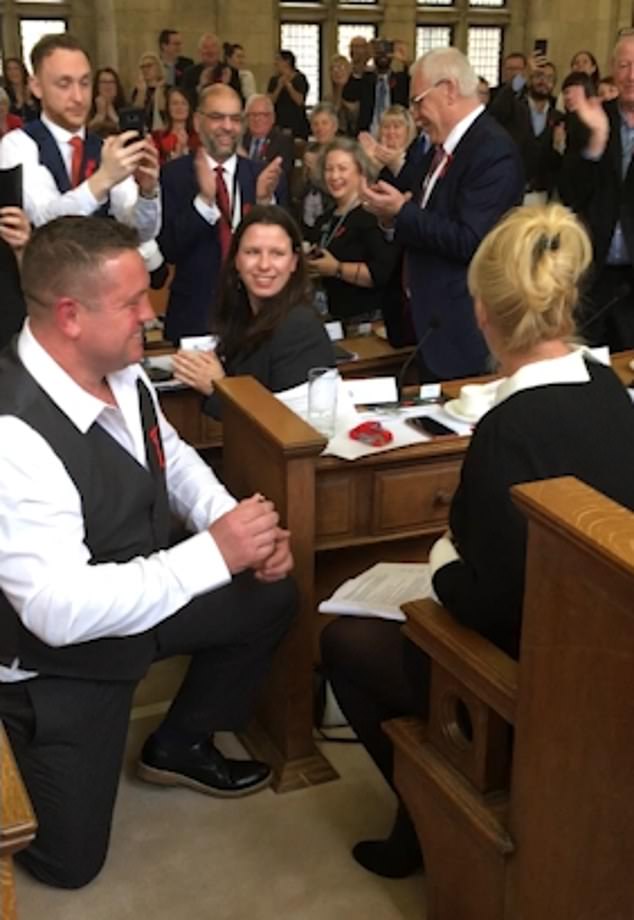 ‘I was going off to live in the Canary Islands. But I never got on the plane.’

After first being elected to the council six months ago, the youth worker and boxing trainer came up with the unique idea for today’s proposal – while still in his own political honeymoon.

‘I don’t think it’s been done before – and she always accuses me of not being romantic,’ he joked.

The happy couple hope to marry next year.