Home » Lifestyle » Late Night TV Blessed Us With Not One, but TWO Hilarious Green Book Parodies

Late Night TV Blessed Us With Not One, but TWO Hilarious Green Book Parodies 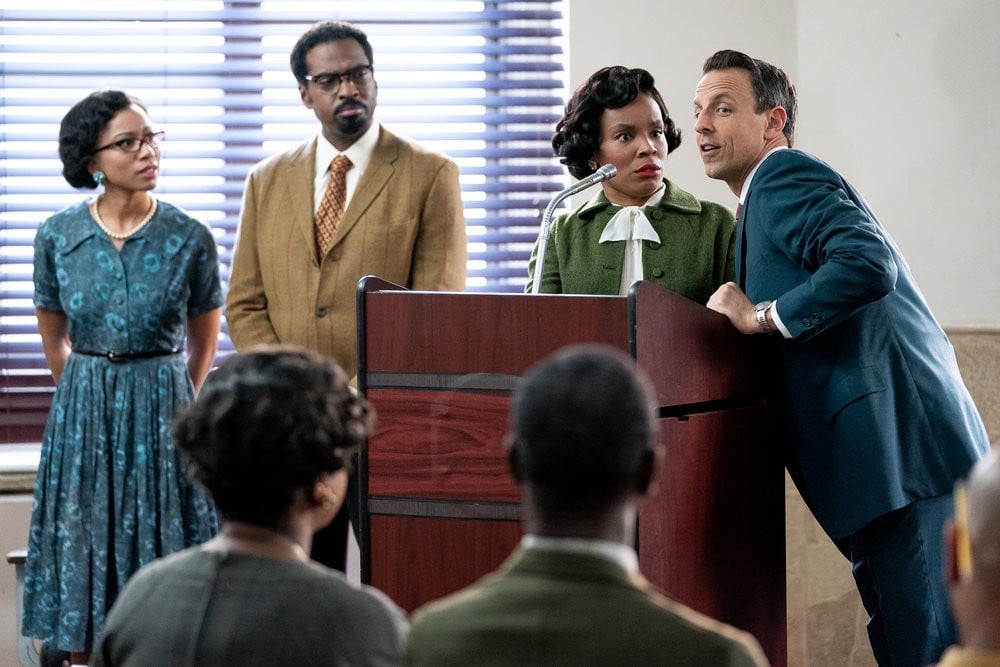 Late Night TV Blessed Us With Not One, but TWO Hilarious Green Book Parodies

If, by some miracle, you 1.) haven’t seen Green Book, or 2.) have seen it (unfortunately), but missed the myriad of controversies surrounding the film, never fear: late night TV has you covered. On Thursday, both NBC’s Late Night With Seth Meyers and Showtime’s Desus & Mero served up some hilarious, biting parodies of the Oscar-nominated movie (very loosely) based on a true story, starring Viggo Mortensen as gruff New York bouncer Tony Lip and Mahershala Ali as Jamaican-American world-class pianist Don Shirley.

In Meyers’s sketch, he and Amber Ruffin star in “White Savior: it’s got all the things white people love in a movie about racism, like that scene where they’re in a bar and the white person sticks up for the black person.” In addition to parodying the obnoxious white savior tropes in Green Book, it also skewers films like The Help and Hidden Figures. As for comedy duo Desus Nice and The Kid Mero, they served up The Greenest Book, which is “the story of a white man who had the courage to know a black person.”

Both are excellent and worthy of a watch, so check them out, ahead.