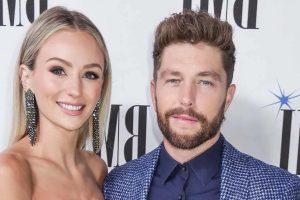 Party of four! Lauren Bushnell and Chris Lane expanded their family when they welcomed their newborn son into the world last week — and now the couple are revealing their little boy’s name.

These ‘Bachelor’ and ‘Bachelorette’ Babies Will Melt Your Heart

“Baker Weston Lane,” the Bachelor alum, 32, wrote via Instagram on Friday, October 21, alongside a carousel of images of their family meeting the newborn. “Our little man surprised us 9 days early, late Sunday night. Still laughing thinking about my water breaking (very aggressive, movie like situation) driving myself to the hospital in Chris’ truck (pantsless btw) because my car was out of gas and Dutton was sleeping 😵‍💫. “

Though Bushnell described the situation as “very chaotic, unplanned and panicked,” she noted that “the minute he came into this world he’s been nothing but peaceful and perfect. We love you Baker, welcome to the 🌍!”

The reality star announced Baker’s arrival via Instagram on Tuesday, October 18, two days after his birth.

“10.16.22,” the mom of two captioned the sweet video, which featured Lane, 32, excitedly bringing their older son, 16-month-old Dutton, to meet his baby brother. The emotional footage showed Dutton — whom his parents refer to as “Dutty” — giggling excitedly as his dad placed him next to his mom and new sibling.

In August, the country crooner exclusively opened up to Us Weekly about Baker’s special due date, which was October 25. 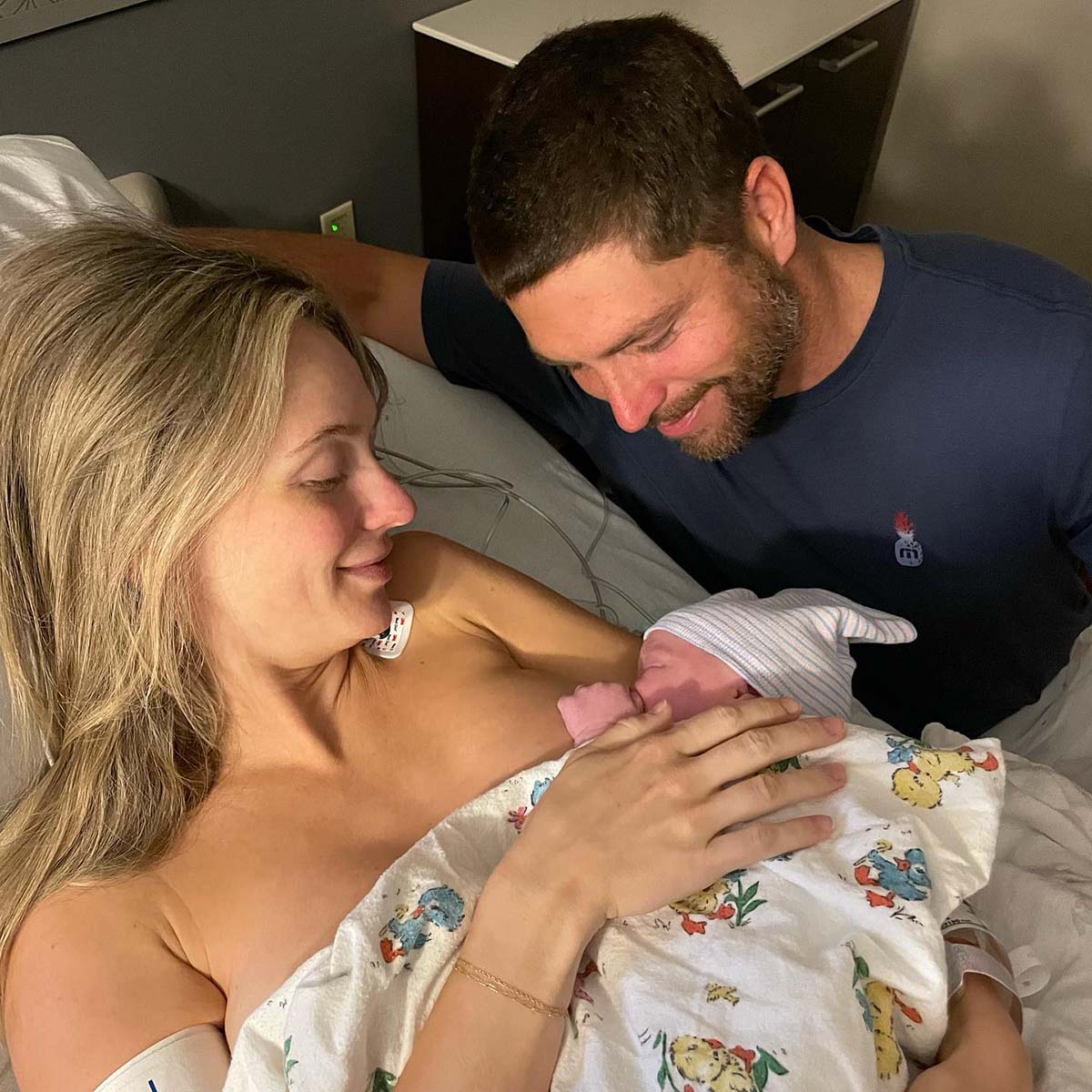 “It really is crazy [that baby No. 2 is due on our third wedding anniversary],” Lane told Us at the time. “[As] long as baby’s healthy then we will be happy no matter what day. … I just hope it’s not on Halloween. I don’t know if I want to Halloween baby.”

The pair got married in October 2019 — just four months after the “I Don’t Know About You” popped the question.

“After Lauren and Chris’ engagement, they were so excited to start their lives together,” a source exclusively told Us at the time. “They decided to plan a fall wedding because it’s Chris’ favorite time of year, and with his touring schedule, he had the perfect window of time off.”

In keeping with their whirlwind romance, Lane couldn’t resist joking about a third child on the way — before Bushnell had even given birth to their second.

“Baby #3 on the way,” the country artist quipped in response to his wife’s October 11 Instagram post, in which she posed in nothing but a white oversized button-down blouse and sneakers.