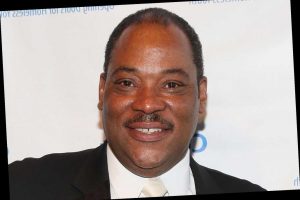 Veteran theater actor Lawrence Clayton, who made his Broadway debut as C.C. White in “Dreamgirls” in 1981, died Nov. 2.

His death, following a two-year fight with glioblastoma cancer, was confirmed to Deadline by Buchwald talent agency.

The North Carolina native’s most recent Broadway role was playing Old Mister in the 2015 revival of “The Color Purple.” His other Broadway productions included “Bells Are Ringing” (2001), “It Ain’t Nothin’ But the Blues” (1999), “The Civil War” (1999), a revival of “Once Upon a Mattress” (1996) and “The High Rollers Social and Pleasure Club” (1992). Over the years he performed in several off-Broadway shows — including, most recently, “Damn Yankees” in 2017 — and toured with shows including “Les Misérables” and “Jesus Christ Superstar.”

Clayton also logged appearances in numerous TV series, including a turn as Pray Tell’s (Billy Porter) stepfather in a 2019 episode of the FX series “Post.” He also had guest spots on shows like “Elementary,” “Law & Order: Special Victims Unit,” “Homeland” and “The Big C.”

Among his former coworkers honoring his on social media was Benjamin Magnuson, a “Les Misérables” tour co-star.

“We performed together when he was playing Jean Valjean on the National Tour of Les Miserables, and his generosity of spirit was palpable when we first met,” Magnuson wrote on Instagram. “He was always humble and a great listener. Night after night, when I gave him back those candlesticks, the look of forgiveness and redemption always moved me. His eyes, his heart, his humor, his voice. What a talent. You shone, and you shone bright.”

Clayton’s survivors include his wife, Linda, and a son, Matthew.