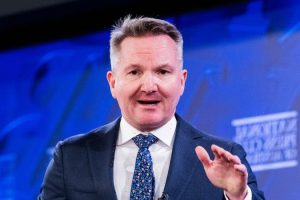 Climate Change Minister Chris Bowen has doubled down on Labor’s promise to stick with its 43 per cent emissions cut, according to a leaked draft of the Climate Change Bill 2022.

The Sydney Morning Herald and The Age have obtained a copy of the bare-bones bill, which runs to nine pages and which has been shared with the Greens and the crossbench and which enshrines a 43 per cent cut to Australia’s emissions by 2030 and net zero by 2050. 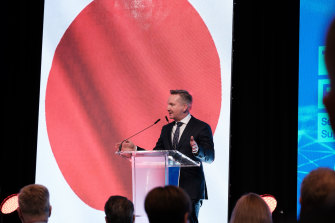 The Greens and crossbenchers are due to receive a briefing about the bill from Bowen later on Thursday and negotiations over the bill will now begin in earnest – given the Greens and the crossbench have argued for higher targets – ahead of federal parliament in a fortnight.

The bill requires the Climate Change Authority to advise the minister on “greenhouse gas emissions reduction targets to be included in a new or adjusted nationally determined contribution”.

What that means in practice is that when Australia has to provide an updated 2035 target, as required under the United Nations Framework Convention on Climate Change, the authority will provide the Labor government with advice on what the revised target should be.

Crucially, decision-making on the future target will remain with government. Prime Minister Anthony Albanese and Bowen have said repeatedly there is no room for a shift on the 43 per cent target, given it was an election promise.

The government’s decision to retain the final say over the emissions reduction target will potentially anger climate activists who have called for an independent process to set the targets.

However, Albanese said on Wednesday that the 43 per cent emissions reduction target by 2030, against 2005 levels, is a “floor not a ceiling” for Labor’s climate policy.

According to the legislation, Bowen will have to make an annual climate change statement to parliament within six months of the end of each financial year.

That statement must outline progress made towards reaching emissions reduction targets and what international developments, relevant to addressing climate change, have taken place during the year.

The climate change bill will be one of the first introduced to the new parliament and Albanese and Greens leader Adam Bandt have already traded blows this week over climate policy and the extent of Labor’s emissions target ambitions.

Albanese has blamed the Greens political party for a decade of inaction on climate change and challenged them to back Labor’s target of a 43 per cent emissions reduction by 2030.

Greens leader Adam Bandt returned fire on Wednesday, criticising the “ultimatum” from Albanese to back Labor’s 43 per cent reduction target and arguing that neither the Greens nor Labor might get everything they want in negotiations in the Senate over the bill.

“We’re prepared to have those discussions in good faith but at the moment it’s this take-it-or-leave-it approach that I think has had its day,” he said.