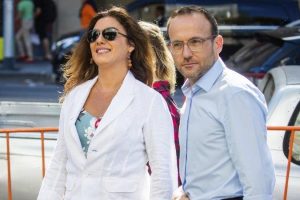 Indigenous elder Aunty Geraldine Atkinson looked “shattered” when she emerged from a meeting with Greens Senator Lidia Thorpe in Parliament House last year, according to a witness who saw her soon after an encounter that is turning into a test of how the Greens manage a running sore within their ranks.

Aunty Geraldine, a First Nations leader for at least three decades, had just been berated for disagreeing with Thorpe in an exchange she described as so ferocious she needed time to recover. 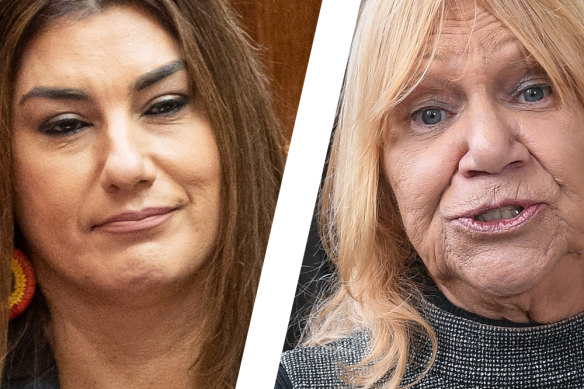 “She was visibly rocked,” said one MP who spoke to her in the aftermath. Another, Jill Gallagher, who leads the Victorian Aboriginal Community Controlled Health Organisation, said Aunty Geraldine was so distressed she could not speak. A third, Thorpe’s own chief of staff, David Mejia-Canales, said she had been subjected to some of the most unprofessional behaviour he had ever seen.

This is how Aunty Geraldine described the encounter: “When I tried to intervene to respond, Senator Thorpe spoke over the top of me in a highly aggressive tone, repeatedly stating, ‘I am an Australian senator. You are in my meeting.’ I interpreted this as her using her position to try to intimidate me.”

This is a serious allegation. Robust discussion is standard in Parliament House, but the meeting was in June 2021 when everyone in the building was on notice to lift their game. The government had just launched a review by Kate Jenkins, the Sex Discrimination Commissioner, to try to stop bullying as well as sexual harassment and sexual assault. 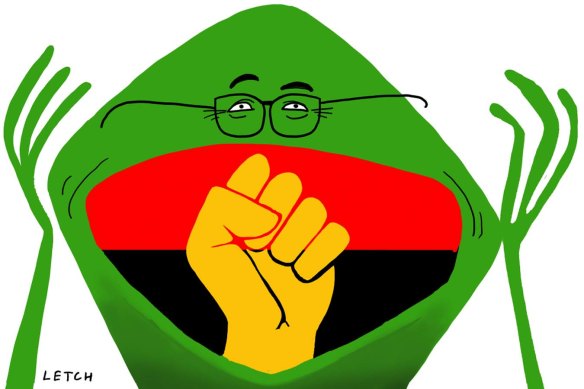 Both Bandt and Thorpe have maintained this week that the meeting simply involved a “robust discussion”, with the Greens leader stating he had “full confidence” in the controversial senator. Nonetheless, the Greens have a problem, and they know it. They will not talk about it and are doing their best to starve the story of oxygen, but one of their stars is being accused of conduct they would never tolerate from others. The party that is quick to shame others over claims of their moral failings now has to look in the mirror.

It is a nightmare for Greens leader Adam Bandt after he took the party to its best result on record at this year’s election. Bandt would usually hold a press conference when parliament is sitting, but he kept a low profile this week after this masthead’s political reporter, Lisa Visentin, revealed the admissions from Mejia-Canales. (Not surprisingly, he is no longer Thorpe’s chief of staff after calling her behaviour “truly awful” in an email in June.)

Bandt did not even respond to Aunty Geraldine when she complained to him in writing last year. Imagine the outrage at a Labor or Liberal leader who took the same approach. The Greens leader only sent a response on Wednesday, after two days of media coverage. By contrast, she received a swift response from Senate president Scott Ryan, a Liberal, last year.

Thorpe is a cyclone making landfall in the Greens. She only joined the party in the weeks before seeking preselection for Victorian state politics and has a personal following that sets her apart from her colleagues. She is regarded by some as the least loyal of the party’s federal members and senators because she has not spent years working her way up through the party to reach a prized seat in the Senate. This makes her impossible to restrain. 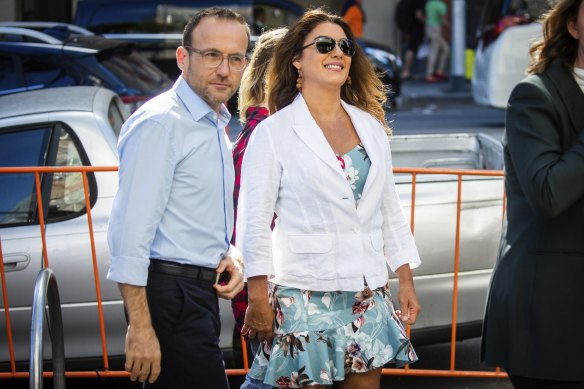 Yet Thorpe has a strong following in the Greens as well as respect outside the party. When I asked politicians from the major parties about this, several said they got along with her well and had never had any problem with her behaviour despite their policy disagreements.

No side has a monopoly on poor behaviour. Liberal Senator Eric Abetz was accused of a “McCarthyist” attack in October 2020 when he asked Australians of Chinese descent in a Senate inquiry to “unconditionally condemn” the Chinese Communist Party – a cheap loyalty test. Liberal Democrat Senator David Leyonhjelm called out “stop shagging men” to Greens Senator Sarah Hanson-Young – a slur that cost him $120,000 when she sued for defamation over subsequent remarks he made outside parliament.

The criticism of Thorpe is muted by comparison – in fact, basically non-existent. None of the Greens are willing to comment in public and the Indigenous community is reluctant to speak frankly about the treatment of Aunty Geraldine.

The double standard is obvious. There was justified anger at Leyonhjelm but less of it when Thorpe yelled “at least I keep my legs shut” to Liberal Senator Hollie Hughes last December. She apologised for that remark and later wrote to Greens members with a promise to change her behaviour. “I became part of the problem,” she said in January.

The Greens are swift to punish some of their own for falling foul of the party line in gender politics but there is no real process to manage complaints about a senator’s conduct. It is all up to Bandt. This is a nightmare for the party leader because the Greens do not have a history of top-down authority; everything works by consensus.

Another challenge, according to those who know the internal workings, is the tension between accountability and identity politics. Not all votes have the same value in a party room that puts a premium on lived experience: because Thorpe is Indigenous, she can have a greater say on key issues. This has real policy implications when Thorpe is stridently critical of the Indigenous Voice proposal from the government while the rest of the Greens seem able to support the plan when it goes to a referendum.

One observer thinks the best outcome for the Greens would be a better way to manage complaints about her conduct, a recognition from Thorpe that she will be a liability unless she changes, and a resolution on the Voice so the party comes up with a unified position.

Another change, eventually, will be a code of conduct for everyone in parliament. A taskforce has been set up to put the Jenkins report into action and its new rules should apply to all. No double standards.