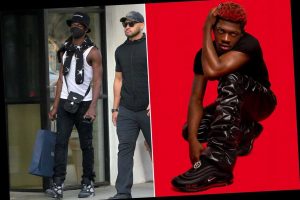 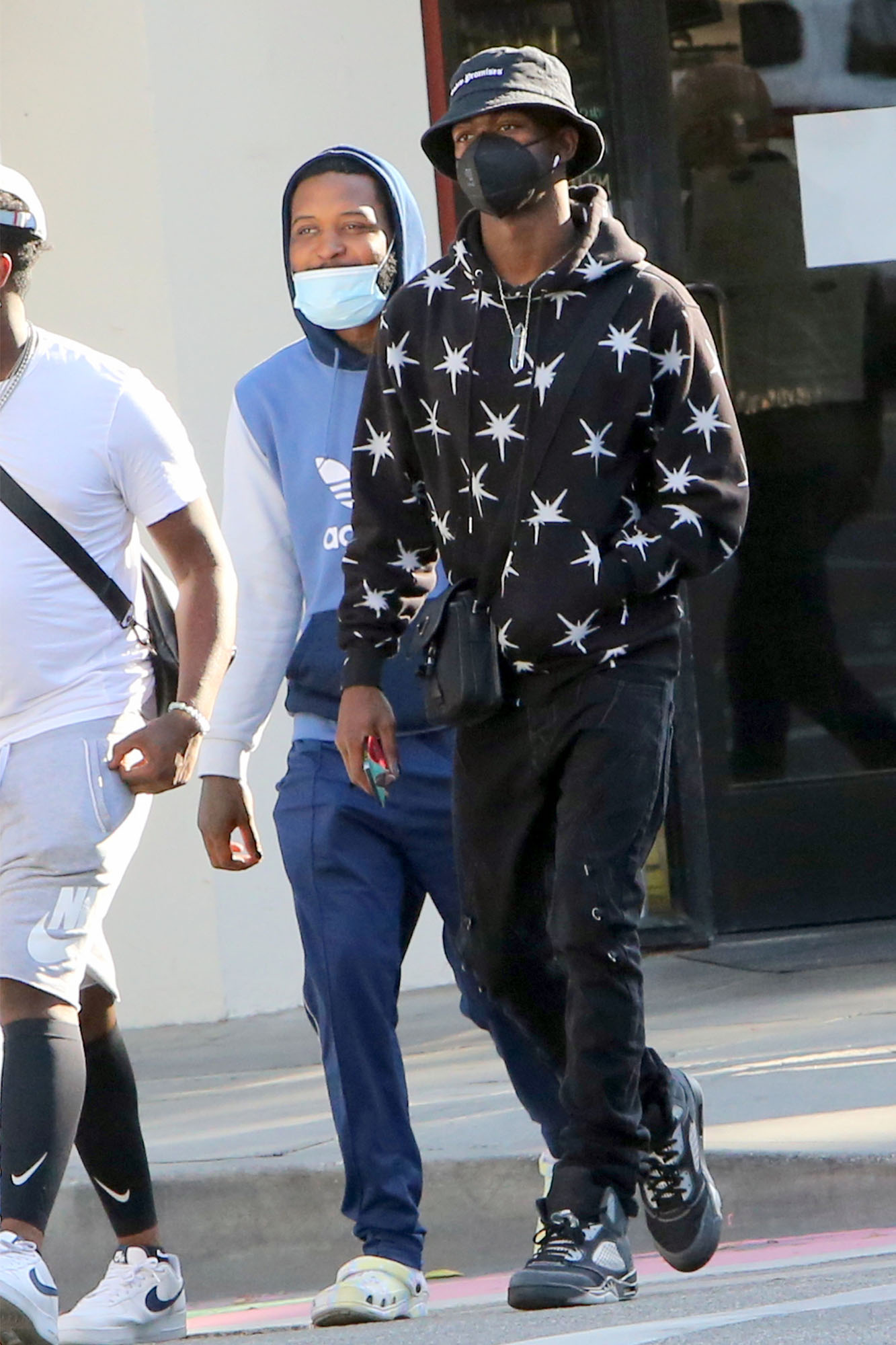 Lil Nas X was spotted doing some retail therapy amid the ongoing court drama with Nike over the weekend.

The rapper — born Montero Lamar Hill — was spotted shopping on Rodeo Drive over the weekend in a pair of Air Jordan 5 retro sneakers, a subsidiary of Nike, after the company denied having any involvement in his infamous “Satan Shoes.”

The 21-year-old was snapped wearing a black hoodie and black pants while strolling down the famed shopping street with his pals. He also accessorized with a black bucket hat and black cross-body Prada bag. 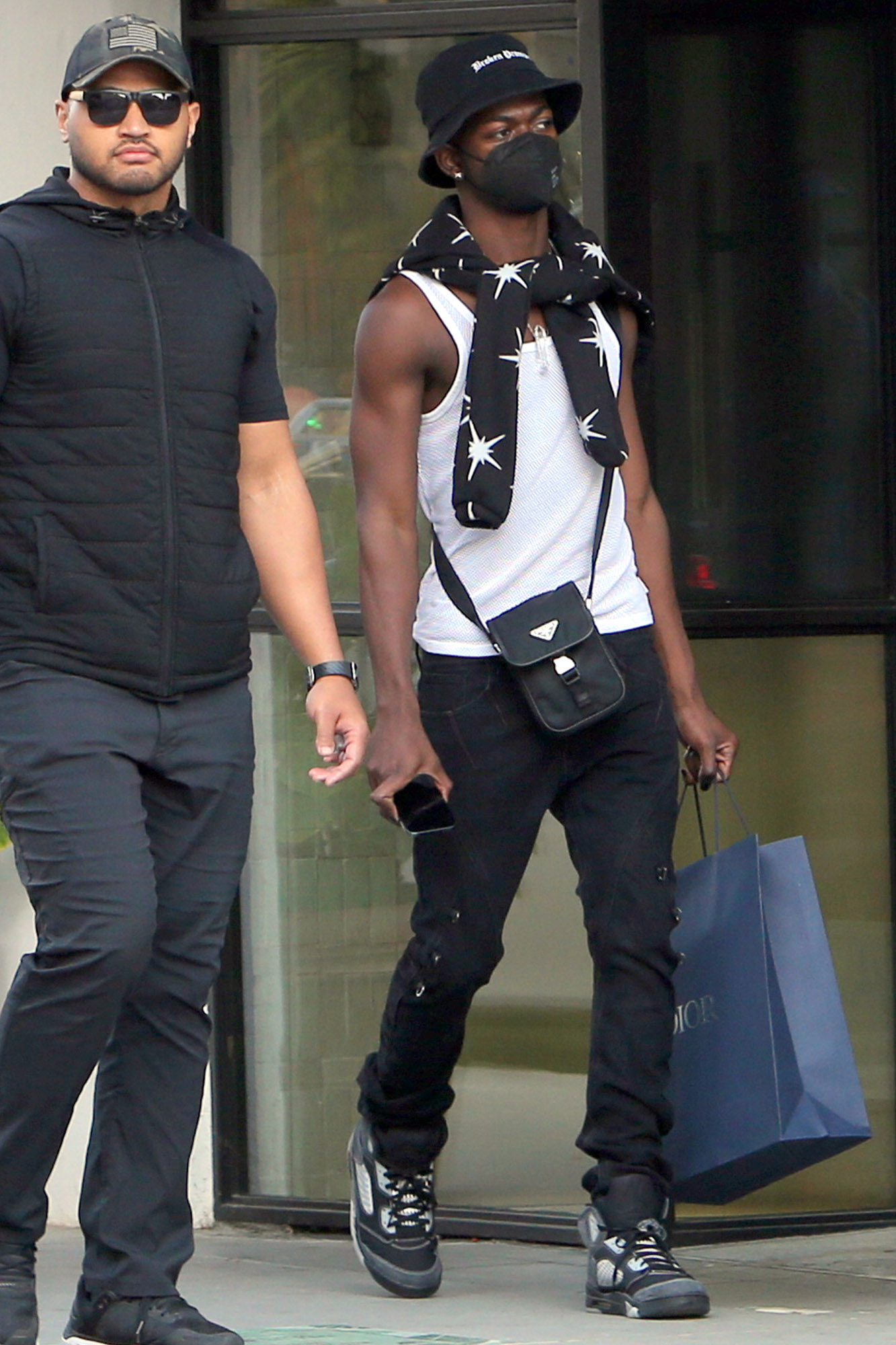 In another photo, he is seen with his hoodie tied around his neck while carrying a large Dior shopping bag.

His shopping spree comes after a federal court sided with Nike in an effort to block his line of “Satan Shoes” he released alongside his new music video “MONTERO (Call Me By Your Name)” last week. 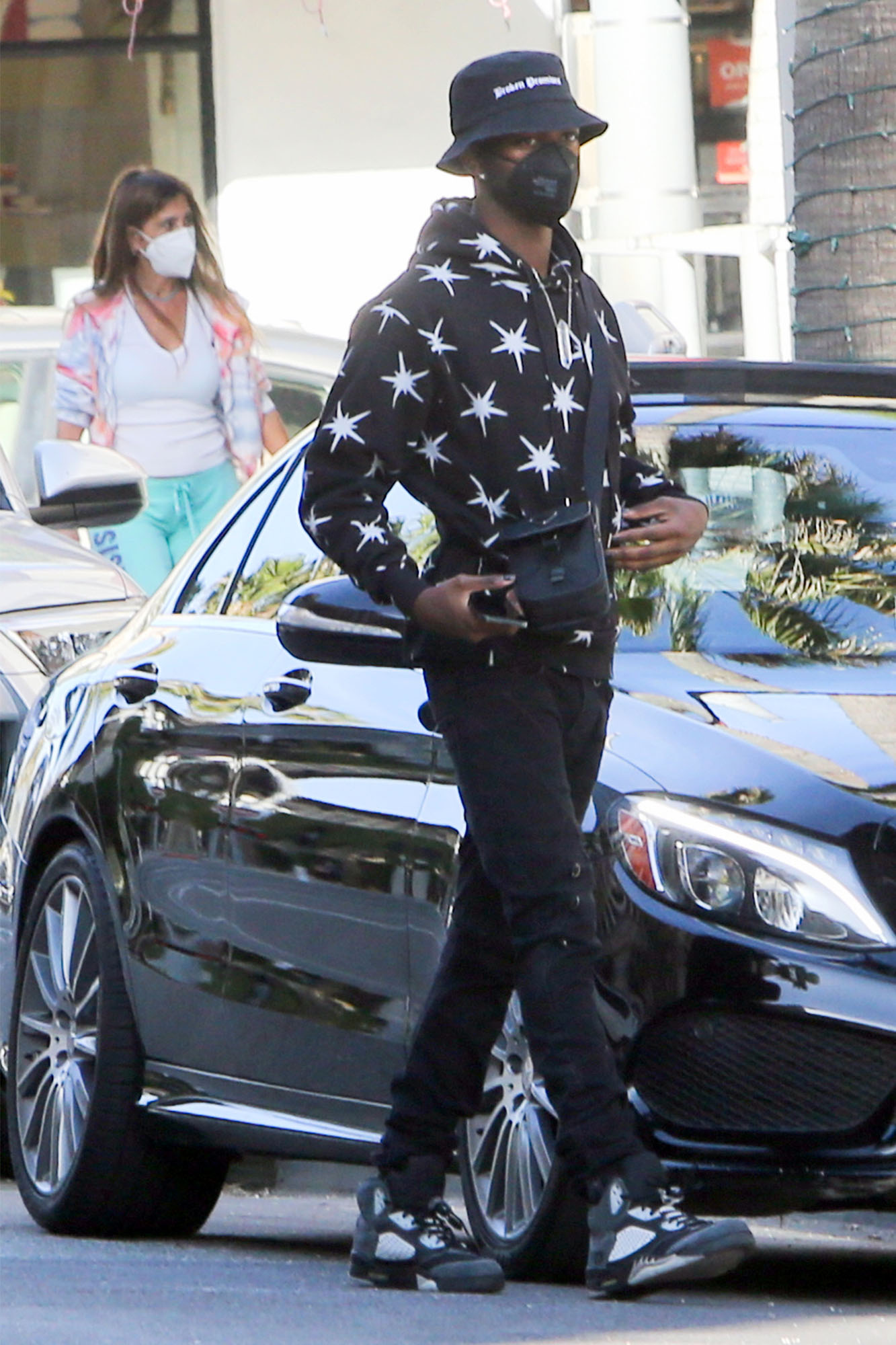 The limited edition sneaker was priced at $1,018, contained 66 CCs of red ink and one drop of human blood in the shoe. The rapper collaborated with MSCHF for the drop.

After fans expressed outrage at the design, Nike denied having any involvement with the sneaker, saying in a statement: “We do not have a relationship with Little Nas X or MSCHF. Nike did not design or release these shoes and we do not endorse them.” 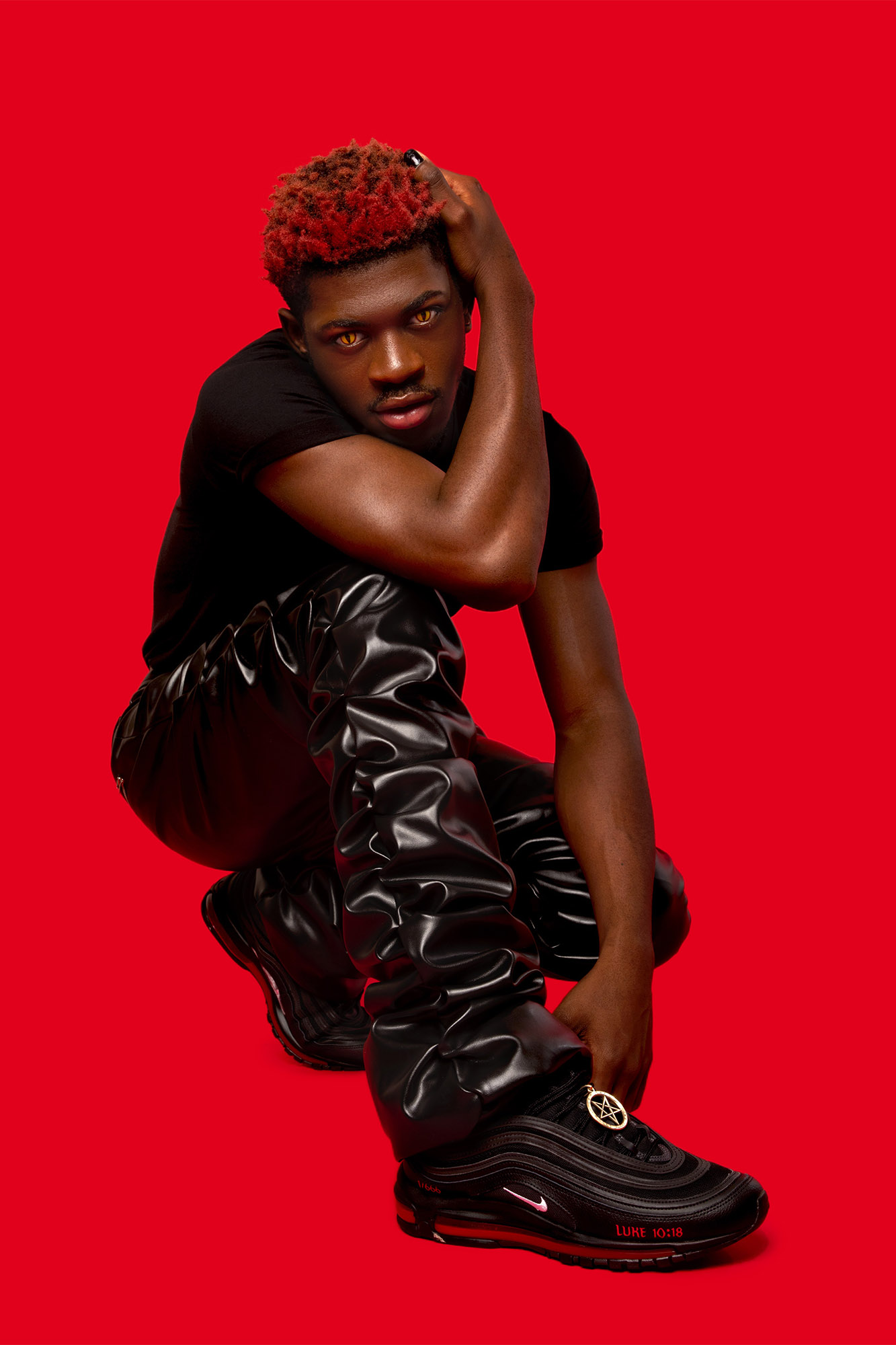 Still, that didn’t seem to stop anyone as Lil Nas X sold out of the shoe in less than a minute despite Nike’s request to destroy the sneaker.

The “Holiday” rapper’s friend Miley Cyrus was even spotted in the controversial footwear recently.