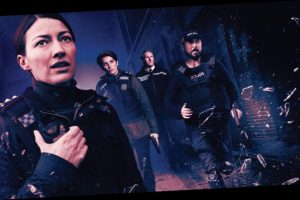 Season 6 of the BBC’s smash-hit police corruption series Line Of Duty is to premiere exclusively on BritBox in the U.S. and Canada. Future seasons of the cop drama will also be exclusive to BritBox in the two territories.

ITV Studios, which reps new seasons of the drama after Kew Media Group went bust last year, inked the deal with BritBox, the streamer that is co-owned by the BBC and ITV. Season 6 will premiere in May. Written by Bodyguard creator Jed Mercurio, Line Of Duty returned with 9.6 million viewers in the UK on Sunday, its best overnight audience ever for the BBC.

The Mercurio-created show is produced by World Productions. Daniel Nettheim, Gareth Bryn, and Jennie Darnell are the directors of Season 6, which runs for seven episodes and is distributed by ITV Studios. Executive producers are Mercurio and Simon Heath for World, and Tommy Bulfin for the BBC.

“Britbox has been a terrific home for World’s shows in the past, so we’re delighted we can bring the most successful season of Line of Duty yet exclusively to the platform,” said exec producer Simon Heath.