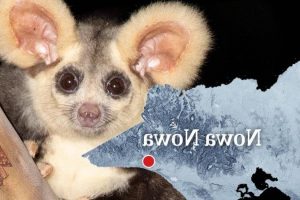 Logging has begun in a block of forest west of Nowa Nowa, near Orbost, in an area that has been assessed by the state government as glider habitat following the devastating black summer bushfires. 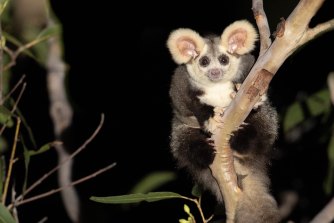 The greater glider, a large gliding possum that lives along Australia’s east coast, was recently listed as endangered.Credit:Josh Bowell

Plibersek said the status of the gliders was changed from vulnerable to endangered because habitat destruction from logging, land clearing for agriculture, intensifying bushfires and climate change have turned this large gliding possum into a rarity.

A coalition of seven environment groups – including the Goongerah Environment Centre and Environment Victoria – has written to the Victorian Environment Minister, Lily D’Ambrosio, urging her to increase protection for gliders, saying the species faces “horrendous challenges to its survival”. They want her to protect all mature, unburnt or unlogged habitat for the possum.

“The current areas set aside for greater gliders are inadequate, especially after the black summer bushfires,” said Tuffy Morwitzer from the Goongerah Environment Centre. “The minister can easily rectify this by stopping native forest logging in prime greater glider habitat and make those areas permanent reserves.”

The Andrews government has moved to clamp down on environmental protestors at logging sites. On Thursday evening, the Victorian upper house debated legislation that will see protestors who illegally enter timber harvesting zones to disrupt workers face 12 months in jail or $21,000 in fines, as well as bans from entering logging areas.

Unions, including the United Workers Union, and environmental groups have criticised the Andrews government over the bill, saying the penalties will have a chilling effect on democratic action and will not result in greater worker safety. The bill is expected to pass late on Thursday.

During the debate, the member for East Gippsland, Melina Bath, said the Nationals and Liberals support the bill to protect the mental and physical health of workers. “The fear that goes through a worker as he is going about his legal duty in the workplace, the fear of people in camouflage gear …the fear they have is absolutely palpable,” Bath said.

Asked about the logging of glider habitat in East Gippsland, Plibersek said the greater glider was an iconic species on the east coast that many Australians remembered seeing while playing “spotlight” as children.

“States are responsible for evaluating the new Conservation Advice for the Greater Glider to determine if their forestry management systems are suitable. I expect all states to do this as a priority.”

The recently released State of the Environment report found that, this century, more than 7 million hectares of land-based habitat for endangered species was destroyed or substantially degraded without having to be referred to the federal government for approval. Native forest logging is exempt from national environment laws under agreements between the Commonwealth and the states.

After the black summer fires, the state government announced additional interim protection of forest habitat but classified these areas as “special management” zones, meaning they can still be logged.

A deadline for a decision on whether to offer permanent protection for the gliders in these areas passed without any further announcements in April.

In their letter, the environmental groups have asked D’Ambrosio to use a tool in the state’s flora and fauna laws that give her the power to implement specific controls and actions for particular species. They say this tool has not been used by the state government in the 30 years since it was enacted.

Kita Ashman, an ecologist at WWF Australia, said the logging of glider habitat in East Gippsland was “devastating, absolutely devastating, and extremely frustrating”.

“Once the decision came down to list the gliders [as endangered], I was mostly sad, but a bit hopeful that we’d recognised something needs to change. But it’s just words if there aren’t actions to follow.”

A VicForests spokesperson said six surveys had been undertaken in the block of land being logged but no gliders had been detected. Despite this, the agency said it will retain suitable habitat for gliders in the block, including hollow-bearing trees and feed trees, and provide connectivity throughout the harvested area.

A spokesperson for the Victorian government said it supported the federal government’s decision to list the glider as endangered and is working with it and other jurisdictions on a national recovery plan for the species.

“Interim protections remain in place until permanent … protections are finalised and implemented,” the spokesperson said.

Get to the heart of what’s happening with climate change and the environment. Our fortnightly Environment newsletter brings you the news, the issues and the solutions. Sign up here.