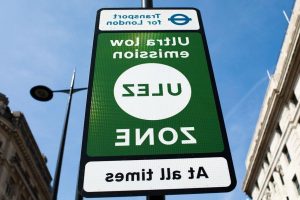 London drivers are now forced to pay a daily fee in more parts of the city as the Ultra Low Emission Zone expanded on Monday.

The ULEZ covers more parts of the capital with thousands of motorists required to pay a £12.50 charge unless their car is exempt.

It was launched in a bid to respond to illegal levels of air pollution in London's residential streets.

Speaking about the air in the capital, the Mayor of London Sadiq Khan told the BBC it was a "matter of life and death".

He added: "We can't afford to wait any longer." Now Express.co.uk has asked over 2,000 readers what they really think of the ULEZ in cities across the UK.

Out of 2,381 readers to reply from across the country, just 12% voted yes in favour of the restrictions.

One Brit felt as thought they had been "robbed" to drive on roads motorists have paid for over the years.

Another added: "We pay road tax and fuel duty to travel on all Britain's roads. We cannot have additional tax to enter certain cities."

Other readers feel there are not enough public transport options to help them get across town quick enough.

A third commented: "It can only work if you have good public transport already in place. Most places have not."

And a big worry for voters was the effect a ULEZ charge could have on local business as one feared it was a "stupid idea".

It comes as Chancellor Rishi Sunak is due to announce more in the Treasury's Budget later today (October 27). The chancellor could pump £6.9billion of funding to fuel a "local transport revolution" to level up "journey times".

If local transport becomes more efficient, it could mean less people in cities will use cars.

This can be an ideal solution to help combat the air pollution problems across the UK.

It comes after London Underground's Night Tube will resume next month after being suspended in March 2020 due to coronavirus.