Home » Lifestyle » Love and Desire: a collection of lustful masterpieces at the NGA

Love and Desire: a collection of lustful masterpieces at the NGA

There’s a certain lustfulness, fittingly, to the National Gallery of Australia’s latest blockbuster, Love and Desire: Pre-Raphaelite Masterpieces from the Tate.

More than 100 works, from 21 artists, tell stories of romance, religion, heartbreak and death in the most ambitious exhibition of pre-Raphaelite paintings ever shown in Australia. 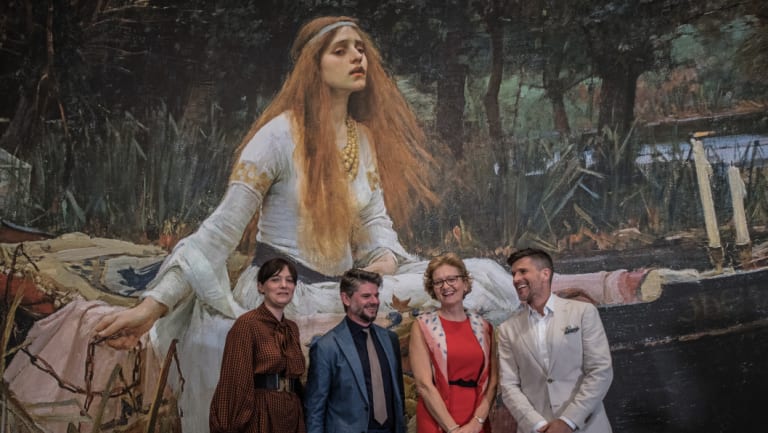 “What I love about this exhibition is that it tantalises all your senses,” says NGA director Nick Mitzevich.

“It is probably the most seductive exhibition the National Gallery has ever hosted, love and desire in all its forms.

“That seduction could be belief, it could be a femme fatale, it could be romance, there are so many elements of this exhibition that are very seductive.”

In a world-first, the Tate has temporarily parted with both John Everett Millais’ Ophelia and John William Waterhouse’s The Lady of Shalott. These destination paintings have never left the walls of the Tate at the same time and Judith Nesbitt, director of national and international partnerships at the Tate, said this exhibition was a “once in a lifetime” chance for Australians to see them together. 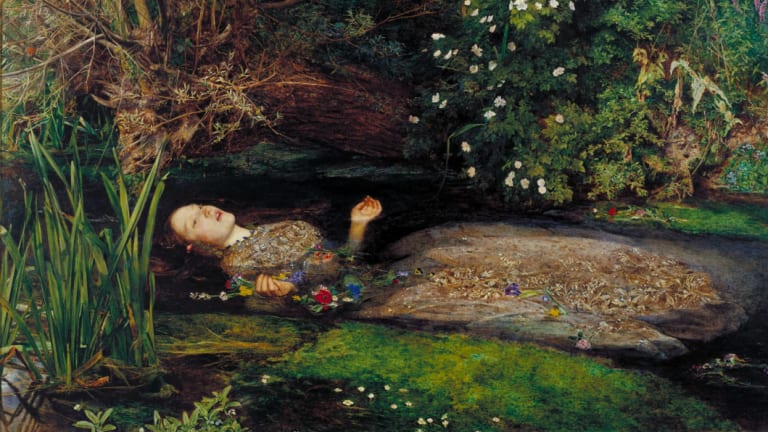 “When the National Gallery first came to us we responded to the ambition, the vision, they had for this exhibition,” she said.

“Ambitious in terms of the quality, the range of works, the number of works, they were clearly going to go all out to get very important works from other collections as well, we knew it was going to be something special.”

Ms Nesbitt said she’s already had to tell Tate visitors that Ophelia and The Lady of Shallot have gone on a holiday to Australia and while these two paintings will be drawcards there are several other highlights not to be missed.

John Brett’s The British Channel seen from the Dorsetshire Cliffs shines; a 2.5×3.7m tapestry, The adoration of the Magi, by Edward Burne-Jones; William Holman Hunt’s The Shadow of Death with an illuminated Christ at a dark time. 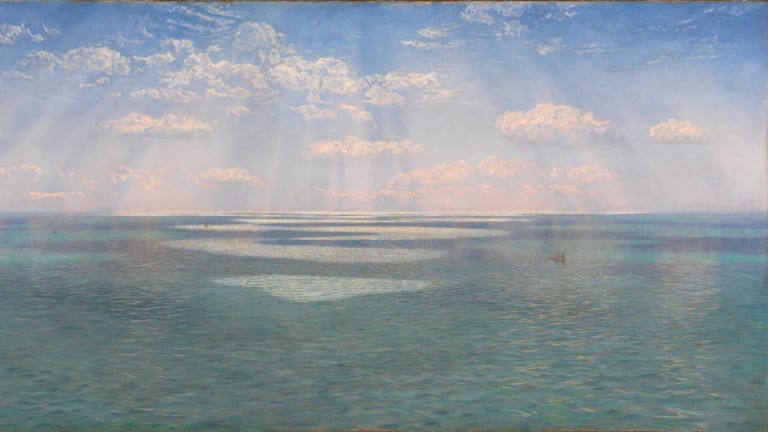 The British Channel seen from the Dorsetshire Cliffs, by John Brett. Credit:NGA

Frustrated with the traditional academic teachings indebted to the old masters, the pre-Raphaelites championed an avante-garde approach of new realism and relevance.

Ms Nesbitt said part of the lure of the movement, and the art it produced, was that it told human stories.

“They were aiming for a kind of psychological truth,” she said.

“They really were wanting these pictures to pack a punch, to be quite challenging, they are very arresting, strange, affecting paintings and I think that comes through very strongly in this exhibition.” 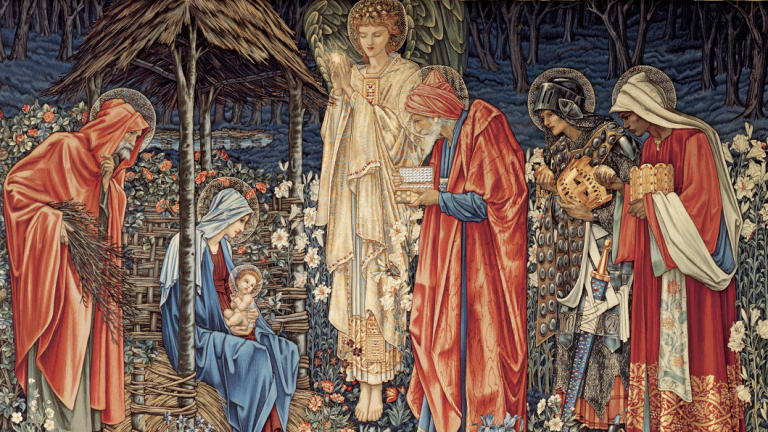 The adoration of the Magi , by Edward Burne-Jones, detail.Credit:NGA

The National Gallery of Australia features a Summer of Love program, including signature events such as Summer Lovin’ with Osher Günsberg as the television host and author MCs an alfresco picnic on January 19; ARIA-Award winning artist Sarah Blasko reimagines her Songs of Love and Desire for an intimate one-off performance inside the exhibition space on February 8 and a major wedding package giveaway to one lucky couple on March 2.

Love and Desire: Pre-Raphaelite Masterpieces from the Tate is showing at the National Gallery of Australia, Canberra, until April 28, 2019.