‘Love, Victor’ star Anthony Keyvan weighs in about that season 2 finale cliffhanger in our EXCLUSIVE interview. He talked about Victor and Rahim’s ‘undeniable spark’ and more.

Victor made a choice at the end of Love, Victor season 2, but fans just don’t know who he chose just yet. In the finale, Rahim revealed his true feelings to Rahim and they kissed. Victor was going to Benji or Rahim’s door at the end of the season, and HollywoodLife spoke EXCLUSIVELY with Anthony Keyvan about who he thinks Victor chooses.

“They didn’t tell us anything,” Anthony told HollywoodLife. “I asked the writers, of course. We all did. We were wondering what happens, but I feel like the writers also needed time to discover where they think in Victor’s journey he is because it’s kind of a common theme that Victor isn’t sure what he wants. I think they needed time to kind of curate that, and it was the perfect ending moment. As far as my thoughts, I really don’t know. I’m kind of 50/50. Part of me, obviously, wants him to choose Rahim because I’m a little biased. But another part of me wants him to at least have a conversation with Benji. I mean, hopefully, maybe that’s the outcome of whoever opens that door. Maybe that’s what happens. But at the end of the day, I want what’s best for Victor and what’s going to make him the happiest.” 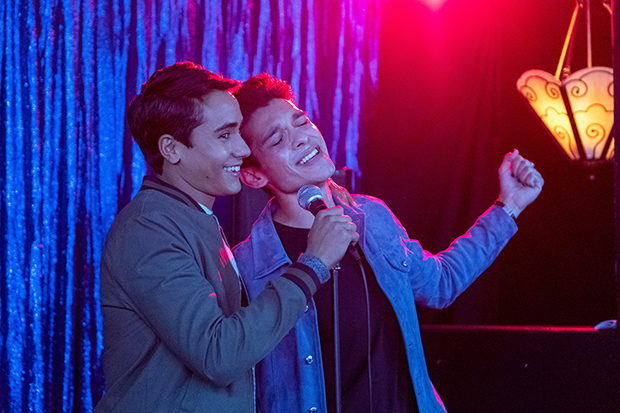 Victor and Benji had their issues over the course of season 2. Benji stormed off after seeing Victor and Rahim dancing together at Harold and Veronica’s wedding. Anthony revealed why Rahim may be the best person for Victor right now.

“At this moment, I feel like Rahim would be the better option,” Anthony continued. “I just think by looking at the interactions that Rahim and Victor have had, there’s an undeniable spark or attraction and excitement to be with one another. With Benji, it feels like a little bit more hard work. Things are a little bit harder to get to with him, and there seems to always be a problem. Whereas with Rahim, it feels a little bit more natural. They kind of just fall into place together, so I feel like it might be a little bit easier with Rahim.”

A third season would reveal Victor’s choice between Rahim and Benji. HollywoodLife asked Anthony whether Rahim would still be friends with Victor if Victor chose Benji.

“That’s a hard question. I thought about this quite a few times. I feel like it would be really, really hard for Rahim to continue being friends with Victor,” Anthony admitted. “But at the end of the day, for the sake of his relationship with Pilar and his family, he’d be cordial and just keep it on an acquaintance level. At the end of the day, he’d be able to swallow his pride for the sake of the group and his relationship with Pilar.” 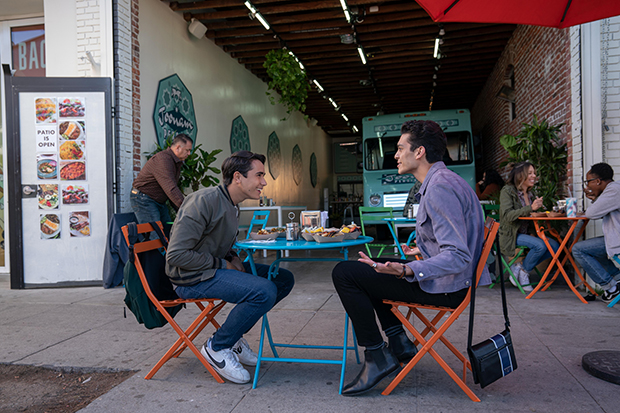 Rahim’s confession to Victor about his true feelings for him was one of the notable highlights of the second season. Anthony revealed how important that scene was to him.

“That scene was so incredible to film,” Anthony said. “It was the last scene of the shoot of the entirety of season 2. So to have that be the final moment of our jobs basically for season 2 was really, really cool. I just remember being really nervous for it. I spoke to Michael [Cimino] about it and he assured me… I just kind of got in my head about it, but I just remember feeling really accomplished and satisfied with my work after finishing that day and finishing that season. It was a really, really emotional, high-stress time. We’re shooting in the middle of a pandemic, and it was the last scene of the entire shoot. It was like three in the morning. It was freezing cold. I wanted everyone to go home happy, so I definitely gave it my all.”

The Love, Victor finale season 2 leaves things wide open for season 3. Anthony explained that he would definitely want to explore more of Rahim’s life, especially his journey in coming out to his family. “I was a little bit disappointed that we didn’t get to see that side of things at home for Rahim this season,” Anthony told HollywoodLife. “I was hoping for a little bit more of his backstory and family life to be included. Fingers crossed for season 3. I feel like I would really enjoy getting to play around with the character in that sense of with the family dynamic and that kind of thing.” Love, Victor season 2 is now streaming on Hulu.