Five months after the untimely death of rapper Mac Miller at the age of 26, his mom Karen Meyer is celebrating his career at the 2019 Grammys. Miller earned his first nomination for his fifth and final studio album, Swimming. And Miller’s mom’s Grammys date is Cazzie David, who has a surprising connection to the late rapper through her ex Pete Davidson.

On David’s Insta Stories, she posted a photo of Meyer with Kelly Clancy, who is the wife of Miller’s former manager Christian Kelly. The two were dressed in all black, but from the looks of Meyer’s smile this was going to be day to celebrate Miller’s legacy. David seemed to agree, captioning the photo with a row three hearts and three heart-eyed face emoji.

This sweet friendship is an unexpected one since David and Meyer connected following Miller’s death. The two do have people in common since Miller dated Ariana Grande before she started dating Davidson, who is David’s ex boyfriend. But an insider told E! News back in November that the two "have much more in common than just Mac, Ariana and Pete."

According to E!, this friendship started over social media. "Cazzie reached out to Karen with her condolences after Mac died and since then she and Karen have been exchanging messages," according to reports. While it’s still a new friendship, the two reportedly "think very highly of each other." This is clear since Meyer wanted to bring David as one of her dates to the Grammys. 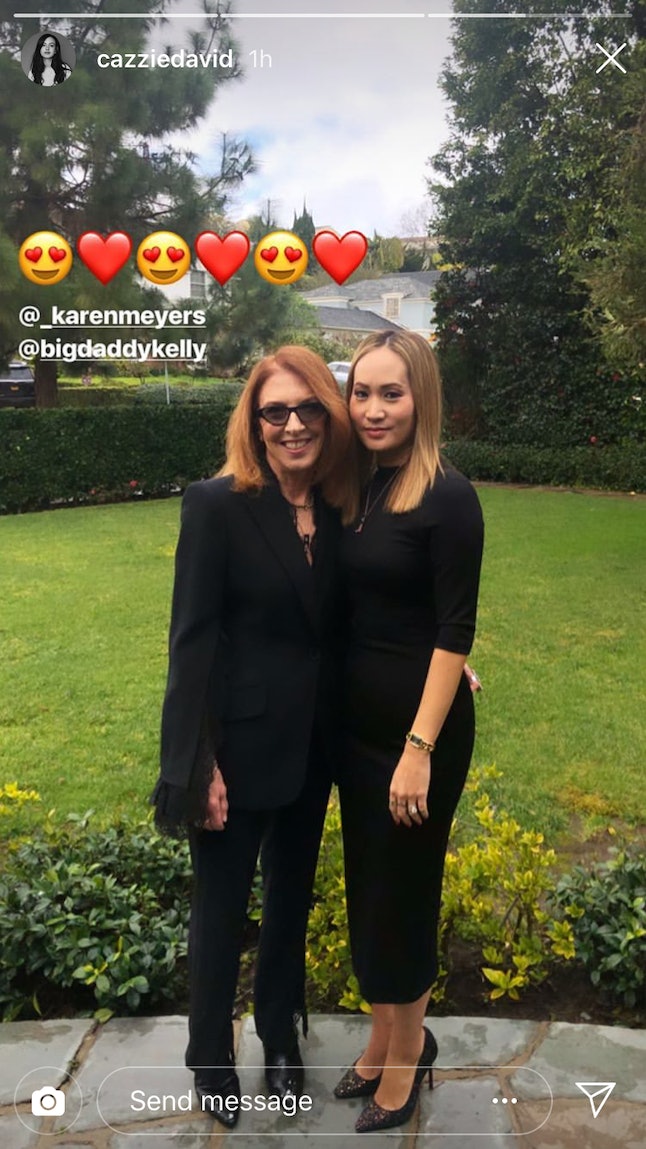 It’s also obvious for those who follow the two on Instagram where they haven’t been shy about their admiration for one another.

While Meyer didn’t post any photos from the Grammys, she did post a loving tribute to Miller on Instagram. The post featured a quote from her late son: "I’m gonna make music, and I’m gonna capture every aspect of being a human being. That’s really all I’m trying to do."