Home » Lifestyle » ‘MAFS’ Star Jamie Otis Reveals She Went Into Labor While Making A TikTok Video: ‘I Was Like, Holy Moly’

‘MAFS’ Star Jamie Otis Reveals She Went Into Labor While Making A TikTok Video: ‘I Was Like, Holy Moly’ 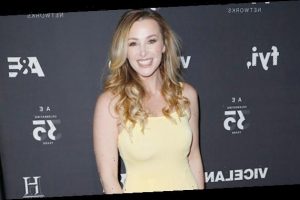 Jamie Otis spoke EXCLUSIVELY to HollywoodLife about the moment she and husband Doug Hehner welcomed their son into the world, recalling that she ‘made a TikTok video’ that she ‘never posted’ during her birth!

Jamie Otis spilled the details on her at-home birth where she and her husband of roughly six years, Doug Hehner, 36, welcomed their second child — a baby boy! The Married At First Sight alum, 34, recalled the entire ordeal in detail, sharing EXCLUSIVELY with HollywoodLife, “I woke up and I was like, ‘I’m contracting, but I don’t know.’ And then I made a TikTok video which I never posted because I didn’t get a chance because all of a sudden I was in labor and I was like, ‘Holy moly.’ Then I met my son and it was incredible.”

Although Jamie got through her labor like a pro, the newly-minted mother-of-two admitted that her husband was a bit “shell shocked because I’ve been a little bit of the boy who cried wolf so many times. I’ve been like, ‘I think, I don’t know, I think I’m in pain,’ and now here I am making a TikTok video and then all of a sudden, my son’s here and my husband’s like, ‘What just happened?’ He’s like, ‘Oh, ok. He’s here!’”

Jamie and Doug welcomed their precious little boy on May 13, who weighed in at nine lbs., four oz. and measured 21 inches. The couple named their son Hendrix Douglas Hehner, who now makes the Hehner clan a family of four along with Jamie and Doug’s daughter Henley “Gracie” Grace, who turns three years old this coming August! Jamie, who elected to have a home birth without medication in the couple’s New Jersey abode, went on to explain the moment she knew she was really in labor and her son was on the way.

“I was making a TikTok video, and I found this song, ‘Should you stay or should you go, or should I stay or should I go now,’ and I don’t know if that put me in labor, I don’t know what the case was. But I was in labor. I ended up having my baby.” The registered nurse went on to explain that she had been  counting contractions at “12:19 p.m. and I had my baby at 3:37 p.m. So that’ll tell you how fast my labor went. So it was nothing like the movies where it’s the middle of the night and you’re rushing to a hospital or whatever. It was so amazing. It was like the best of my life.”

When she isn’t utilizing her medical knowledge as a registered nurse or being the doting mother to two children under the age of four, Jamie has been exploring and enjoying her partnership with Align, which has “been the number one recommended brand by doctors for seven years in a row,” Jamie shared of the baby probiotic line. Clearly, Jamie has a lot on her plate, but the mother-of-two is entering the next chapter of her life with all the confidence in the world!