Time has passed on The Walking Dead, but don’t worry — the six year jump doesn’t mean that the AMC series has strayed too far from the source material. Is Magna’s group in the Walking Dead comics? There’s still a lot to cover from the graphic novel. At the end of Rick Grimes’ last episode, which introduced fans to a new, older Judith, a group of survivors stumbled onto the scene. They’re a fully formed team, able to fend for themselves. This new faction actually seems a lot like Rick’s group back in the day, before they settled into a community of their own.

Magna’s group is in the comics, but the television adaptations has made some slight changes here and there. They showed up in 2014’s Issue 217 "A New Beginning," found by Paul Monroe (also known as Paul Rovia, or better yet as Jesus) and reluctantly join Rick Grimes at Alexandria when the spooky villainous Whisperers come to wage war. The group originated in Richmond, Virginia, and they are still present in the current day issues of The Walking Dead comics — so expect this new characters to stick around for a while.

As for Magna herself and the other four members of her group, here’s what we know so far from the comics. 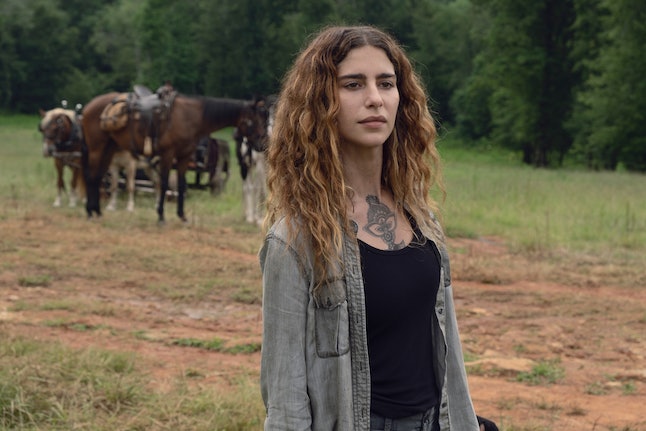 Her name is Greek, not post-apocalyptic, and it’s hard to deny that her leadership skills are reminiscent of a young Rick Grimes. The difference, of course, is that in the comics she actually got to meet the former sheriff and join his fight. She also suspects that Rick may be homophobic when she first meets him in the comics, and is hesitant to open up about herself at Alexandria. 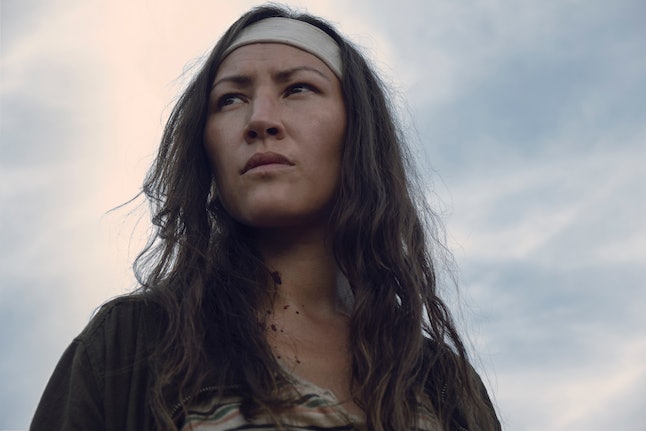 Magna’s girlfriend, Yumiko, is more open about her sexuality and her relationship with Magna in general. She also doesn’t get along with Andrea in the comics, and since Michonne is largely taking on aspects of that role, that may be something to look out for in the future. 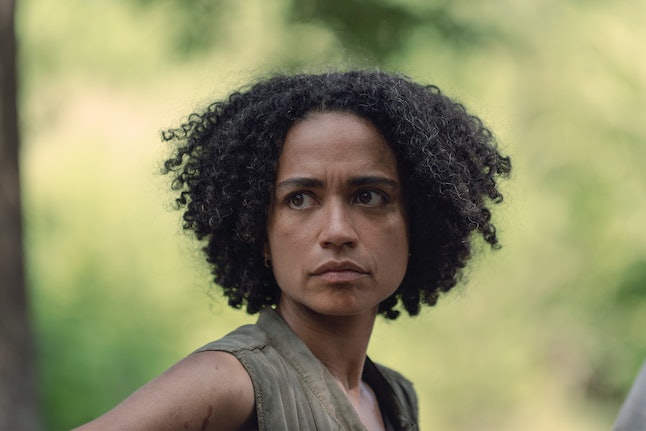 Connie is described as "a little on the quiet side" in the comics, and the AMC series has expanded that and written Connie as the franchise’s first deaf character. 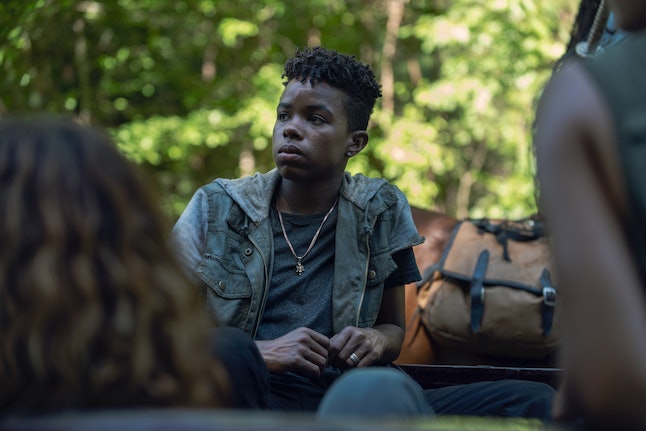 While on the show, Kelly is Connie’s sister played by Angel Theory, in the comics Kelly is a male character and Connie’s boyfriend. 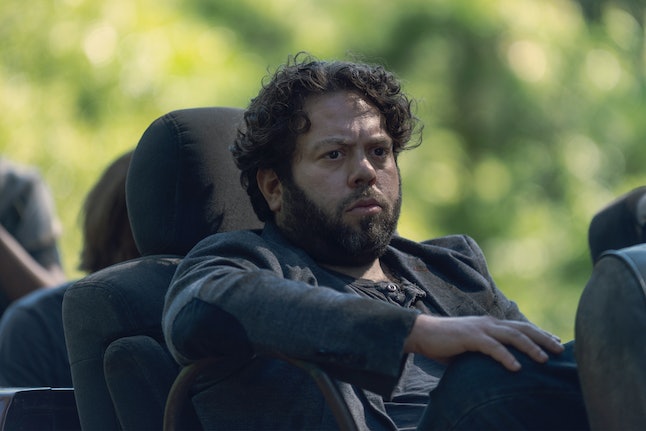 Played by Broadway and Fantastic Beasts‘ Dan Fogler, Luke introduces himself as a former music teacher on the show, but doesn’t have much of a backstory in the comics.

In the comics, there are four other notable characters in Magna’s group — Bernie, Aubrey, Ted, and Michelle. Bernie dies right off the bat. Later, Aubrey and Michele were ambushed at an abandoned nursing home (save your "walker" jokes, we’re all thinking it) and Ted drunkenly vanishes in the woods, only to return already reanimated.

When they arrive at Alexandria in the comics, Magna and her found family of survivors have already had their trials and tribulations just like Michonne, Daryl, Maggie, and all of our heroes on The Walking Dead. With the Whisperers on the wind, they’re going to have to fit in fast, as their lives will soon depend on it.