Man shares heartwarming story about why he cleans his wedding ring

‘It reminds of the small things I should be doing’: Husband makes social media users swoon by sharing the heartwarming reason he washes his wedding ring regularly

A man from Oklahoma has gone viral after sharing a post in which he explained the importance of regularly cleaning his wedding ring — and what it means to him and his marriage.

Jeff Hardy, a 31-year-old biomedical engineer, shared the emotional message on Facebook in November, and it has since gone viral.

The hopeless romantic wrote about the reason he loves cleaning his ring, saying: ‘Every time I clean it, it reminds me of the small things in our marriage I should be doing.’ 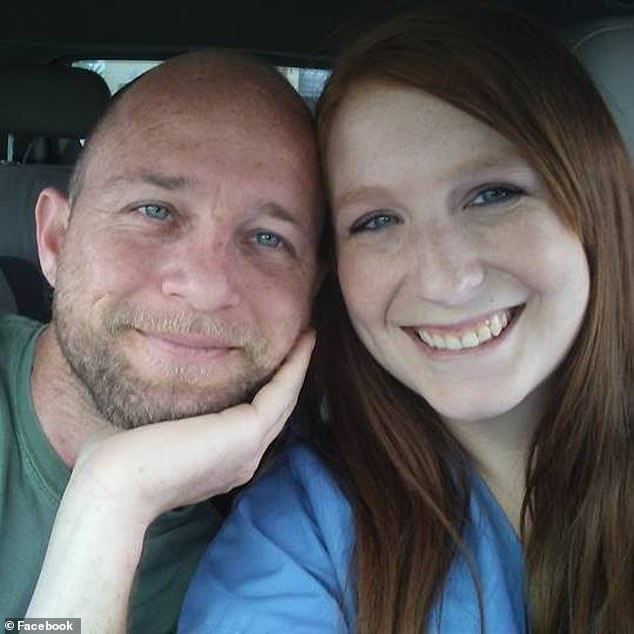 Jeff, who married his wife Sydney in 2013, revealed that he cleans his wedding ring ‘once a week or so’ as it gathers dirt from working in a yard with cars.

He further explained that he likes cleaning his ring because it encourages him to remember to do small things for his wife, like go to the store and buy her a snack, or scratch her back while they lie in bed together.

He stressed the importance of doing ‘little things’ for your partner, saying that people fall out of love ‘because you stopped doing the little things’.

In the post, which has earned nearly 200,000 likes and over 240,000 shares, he wrote: ‘I have this extra tooth brush that I clean it with set aside in the bathroom for when I need it. I got to thinking about how cleaning my wedding ring kind of symbolizes a healthy marriage for me.

‘I’m a guy, a “guys” guy at that. My hands stay constantly banged up and dirty. I work on cars, they get cut. I work on the yard, they get dirty. My ring bares the brunt of those things as well.

‘That’s why I clean it. Friends have asked why I take the time to clean it when it will probably get dirty and no one will really notice a difference. “Your the man, no one cares how pretty your ring it”.

‘Here’s the thing. IT.DOES.MATTER,’ he added.

Jeff then explained his reasoning behind cleaning the ring, saying that it reminds him of certain things that he should be doing in his marriage. 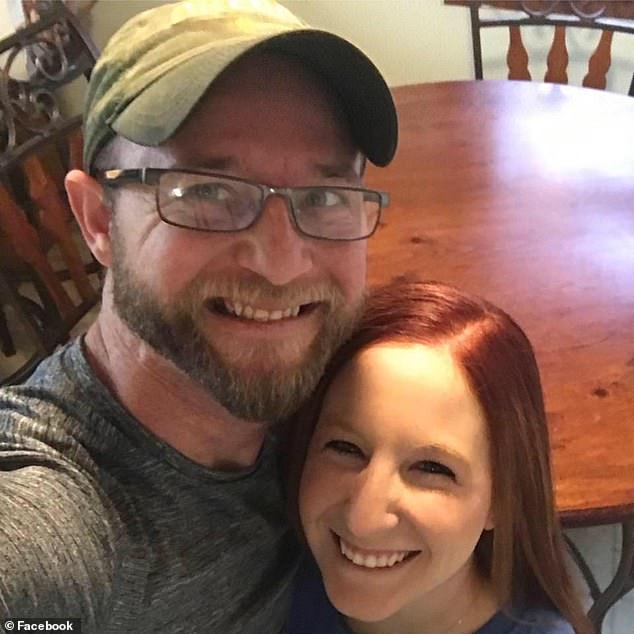 Soulmates: In the post, Jeff wrote about the importance of taking time out of regular day-to-day life and doing ‘little things’ for his wife to let her know that he loves her 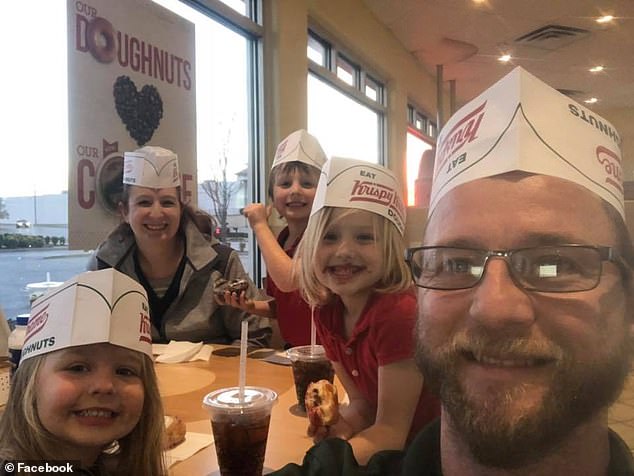 Family man: The father-of-three explained that making his partner feel like the center of his world through small gestures is the most important thing in his marriage

‘When my wife comes home from work have I listened to her day, like really listen. Put down my phone, turn off the TV, and make her day the center of my world listen, so that she feels like her day really matters to me because it does.

‘While we’re laying in bed watching our favorite show at night did I reach over and scratch her back or play with her hair, letting her know “yes we may just be watching a show together but make no mistake, I know your next to me and you are the center of my world.

He added: ‘Have you stopped by her work lately and brought her a coke, or maybe her favorite candy. It doesn’t have to be extravagant, just something small to let her know “hey I was thinking about you and I thought you would like this”’.

Jeff concluded his post by saying that falling out of love doesn’t happen overnight.

He wrote: ‘See you don’t just “fall out of love” one day when you wake up. It happens over time, because you stopped doing the little things, you stopped courting her (that by the way shouldn’t stop once you marry, that should enhance) you stopped trying to impress.

‘Every day I wake to my wife, I pretend she is a stranger that I am madly in love with and think “how today can I make her fall in love with me?”‘

He added: ‘The small things matter gentlemen, so yes I will continue to wash my wedding ring…’ 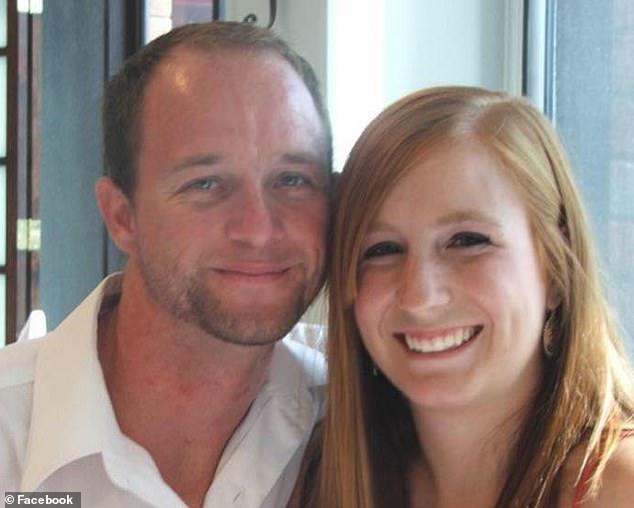 Hopeless romantic: In the now viral post, Jeff revealed that every day when he wakes up, he thinks about how he can make Sydney, who he married in 2013, fall in love with him again 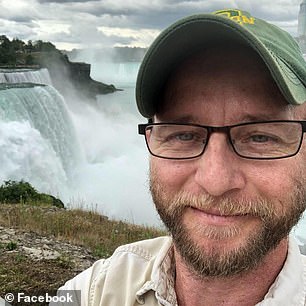 The emotional post reached a massive audience and received thousands of comments from people praising his honesty and vulnerability.

One Facebook user, Shireen Nichola Mason, wrote: ‘This is lovely, it always is the little things that make a huge difference. I always try telling people this.’

Linda J. Parson Mulville added: ‘Now I just read that to my husband his response was wow. You are quite the man and your wife is a lucky lady. Thanks for the very thoughtful post.’

Beulah Visser van Tubbergh commented on the post, saying: ‘Had this for 52 years. Cannot explain the empty longing that haunts me everyday. I thank God everyday for the privilege to have shared his life.’

Another user, Melissa Kay Romero, who was evidently touched by the post, wrote: ‘This actually brought me to tears. NEVER in any of my relationships has the guy been even close to this for me. Is always been me doing for them, thinking about them above myself more often than not, and sacrificing so he could get what he wants and feel special.

‘From now on, at least for the future, this kind of thoughtfulness needs to be the norm from my guy. I’ll keep doing this kind of thing, but things aren’t going anywhere but to an ending if I don’t get this same kind of love and care.’