AN online map that helps drinkers locate their nearest pub in London with a heated beer garden has gone viral.

More than 1.2 million people have viewed the "Outdoor pubs in London with heaters" map, showing 100 of London's heated outdoor boozers. 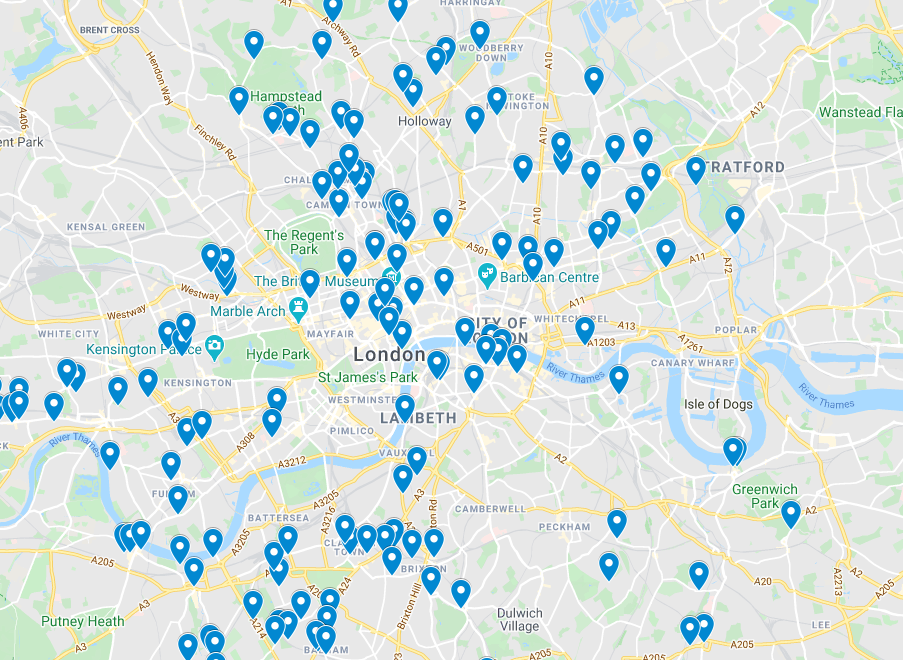 He said: “Friends helped me create a list of London pubs with outside heaters.

“I didn’t dream it would go viral. Happy drinking.”

The map will come in handy from April 12, when Britain's boozers can reopen and serve punters outside.

Boris Johnson revealed his roadmap out of lockdown yesterday, and from May 17, pubs will be allowed to serve customers indoors.

Mr Johnson unveiled his four-step strategy to get Britain back to normal by 21 June when all restrictions will be lifted.

Restrictions will gradually be lifted from March 8, when schools are set to reopen.

If you want to make a booking for a table outside at your local boozer, you might want to act fast.

The Sun has spotted some pubs on the list are reporting a high number of enquiries from thirsty Brits.

Some, such as the Duke of Edinburgh in Brixton, are warning customers it may take up to 48 hours for to get a response about table bookings due to high demand.

And Skylight in Tobacco Dock says bookings are "already coming in quickly" for the week starting April 12.

It comes as pubs and restaurants say they are "raring to go", with some redecorating and maximising their outdoor space in time for mid-April.

Pub lovers might also want to check out another interactive map which shows which boozers nationwide have beer gardens.

To help encourage customers back into pubs, Pint-Sized Trips has launched an interactive map to show exactly where your nearest pub garden is.

Landlords and managers can submit details of the establishment for free and it will automatically be added to the map.

You can see the Pint-Sized Trip map here.

It's not the only time that Brits have been plotting where to grab a pint outside.

Millions bravely boozed through winter weather outdoors last year as pubs reopened – before being shut in January under the third lockdown.

Before London and parts of the South East were plunged into Tier 3 on December 17, drinkers hit the pubs for one last hurrah.

Johnathan Marsh of John Lewis said: “Outdoor heater sales are surging as we adapt to rules and the new normal.”

In the first lockdown a map showing where to find your nearest toilet went viral.

While a map revealing where Brits could get takeaway pints was also popular.

The Prime Minister also announced that Hairdressers will open from April 12 along with gyms.