For many decades Margaret Olley was at the forefront of public protests to save the National Art School and keep it in the grounds of the historic Darlinghurst Gaol.

Henry Lawson had been an inmate, calling it Starvinghurst Gaol because of its meagre rations and early executions had been conducted in public, before crowds of more than 10,000 people watching the grisly display of justice served. 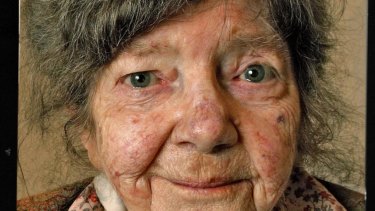 Iconic Australian artist Margaret Olley has once again rallied to the cause of the National Art School.Credit:Quentin Jones

But Olley, a shy country girl, had come in the early 1940's to study drawing and painting when it was the East Sydney Technical School.

On Tuesday at a celebration to be attended by the schools' alumni, a who's who of the Australian art scene, the Margaret Olley Art Trust will announce a $500,000 donation to her alma mater and the central building in which she practised the art of drawing will be named in honour of the artist in recognition of her love of the school, her support of emerging artists and her own practice.

It's the single largest bequest to the school in its living memory and the first step in a planned revitalisation and expansion of Australia's art school established in 1843, only made possible by the state government's granting this week of a 45-year lease over the site, giving the institution permanent occupancy.

The institution has now been recognised as an organisation of state significance, alongside Carriageworks and the Museum of Contemporary Art, a status that accords it multi-year funding. For decades the school had been threatened by merger and closure. 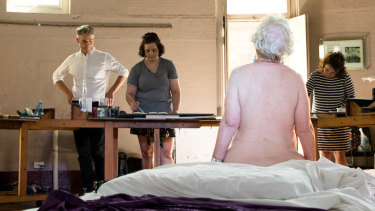 ''Margaret would have been in the drawing classes in that building in the1940s,'' director Steven Alderton said. ''We were teaching drawing 70 years ago in that building and today we still teach drawing in that building and it's still a wonderful place to study. That's why she loved it and that's why in 70 years time we'll be talking about one of these first-years sitting there now. It's like an art oasis and it allowed her art practice to grow.''

Alderton addressed 205 new students on the first day of the academic year on Friday, declaring the ''future is art'' and the school's unique studio-based teaching model best capable of giving voice to leading artists on canvas, in live performance or in creative media.

Later he said the Olley bequest will directly support the National Centre for Drawing, supporting contemporary practice and building new studios and a gallery.

The school's six-year strategic plan outlines an expanding presence into western Sydney and regional NSW, from which 41 per cent of its students hail, and engagement into the Asia Pacific, with more international students and exchanges and overseas exhibitions. For far too long Australian artists have looked to Europe and America for their aesthetics, Alderton said.

The school is looking to establish new courses from primary school level and HSC intensives to lifelong learning classes for mature students, online courses and a new satellite space in western Sydney.

In Darlinghurst, Alderton wants the school to look beyond its imposing sandstone walls and establish an art and education precinct with possible pop up exhibition space utilising vacant shop fronts along Oxford Street and Green Park and opportunities for studio spaces.

Cell Block Theatre was established in 1955 in the former women's cell block and was opened by Sir Robert Helpmann and Katharine Hepburn and was for a long time at the forefront of experimental and provocative theatre. The school has plans to reinvigorate it as a place for performance art, exhibitions and talks.

Alderton is interested, too, in broadening partnerships with health organisations, taking art into hospital spaces via exhibitions and workshops, and working with patients and health teams.

''We are still working through that. We've had a role with St Vincent's in the past, every year they will acquire work through the grad shows, but we want to expand that conversation around arts across NSW.''