Have you gone into major organizing mode after tidying expert Marie Kondo’s show premiered on Netflix at the beginning of January? Kondo’s KonMari method of organizing seems to have revolutionized how Americans are organizing their spaces. But if you’re not very familiar with the Japanese religion Shinto, there might be some aspects of Kondo’s method that seem a little strange or confusing, like greeting clients’ houses or tapping items to wake them up. To help demystify some of the aspects of Kondo’s tidying methods, here are a few ways Kondo has integrated Shinto into her tidying process.

Kondo wrote in her bestselling 2014 book The Life-Changing Magic of Tidying Up that she spent five years as a Shinto shrine maiden and would often stop by her community shrine throughout her childhood to pay her respects to the local deity. A shrine maiden, or a miko, assists priests with rituals, sell charms and amulets (omamori), and helps clean the shrine grounds, though in historical Japan miko used to be powerful religious figures, according to Japan Visitor. Kondo spent much of her life not just visiting Shinto shrines on a regular basis like the typical Japanese person does, but she actually worked in a Shinto shrine for five years of her life. 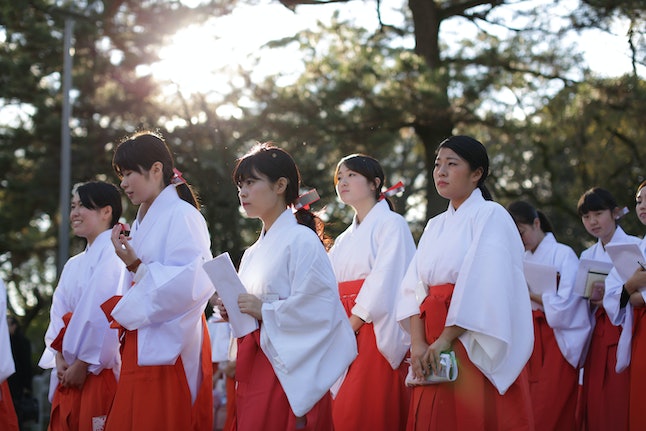 It’s this lifelong influence that inspired Kondo to start greeting her clients’ houses before starting the tidying up process, according to Kondo. “I began this custom [of greeting houses] quite naturally based on the etiquette of worshipping at Shinto shrines,” Kondo said in her book. “I believe I was inspired to do so because the tense expectancy in the air when a client opens the door resembles the atmosphere when one passes under a shrine gate and enters the sacred precincts.” Kondo said she’s noticed a difference in how much faster the tidying process goes if she performs this greeting ritual first.

The shrine gates Kondo is referring to are torii gates found at the entrance of every Shinto shrine, and they represent the border between the secular world and the sacred world, according to Sanpai Japan. When you pass under a torii, says Sanpai Japan, you are entering a sacred space. When walking down the path toward the torii, you should quiet your mind and prepare it to enter a sacred area, walking to the side rather than down the center because the center space is reserved for the kami, or the gods, says Sanpai Japan. Kondo essentially treats her clients’ houses as she treats the entrance of a shrine: like she’s entering a sacred space that she must treat with respect. 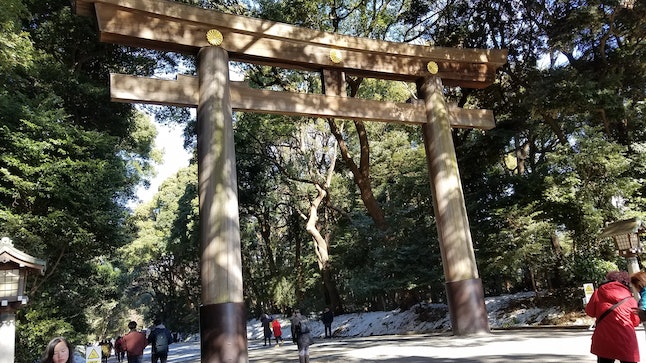 Showing her clients and their home respect is also why Kondo never wears casual attire when helping her clients tidy and organize. Kondo said in her book, “I don’t wear sweats or work clothes when I tidy. Instead, I usually wear a dress or blazer. […] This is my way of showing respect for the house and its contents. I believe that tidying is a celebration, a special send-off for those things that will be departing from the house, and, therefore, dress accordingly.”

But the part of Kondo’s process that seems to confuse Americans the most is the way Kondo “wakes” items by tapping them. “Just like the gentle shake we use to wake someone up, we can stimulate our belongings by physically moving them, exposing them to fresh air and making them ‘conscious,’” Kondo said in her book. Anakana Schofield wrote in The Guardian that Kondo’s method of waking up books was “woo-woo nonsense territory.” But what might seem like “woo woo nonsense” is actually a belief rooted in Shintoism.

Kondo doesn’t make a direct connection to this part of her method to Shinto, but Shinto does include the belief that kami — or the sacred — exists in everything, according to the BBC. That doesn’t mean everything in life is sacred and should be worshipped, says the BBC, but everything contains an essence, whether good or bad. Spirits, whether sacred or not, exist in all concepts important to life, such as wind, rain, mountains, trees, rivers, and fertility, according to The Japan Guide. Even humans become kami after they die, says The Japan Guide, becoming ancestral kami who protect their families.

It should be noted that it isn’t just Americans who’ve questioned the way Kondo has integrated Shinto into her tidying process. According to the Japan Times, many in Japan criticized Kondo’s approach and its connection to religion. And the backlash inspired rival cleaning ideologies to crop up in Japan in response, says The Japan Times.

You don’t have to ascribe to Kondo’s beliefs to appreciate her method of organizing. But understanding them a little better might make some of her methods seem a little less confusing and little more, well, normal.